Packages of raw powder may be smuggled inside goods shipped from China, Japan, Australia or Europe that eventually reach Canadian ports. 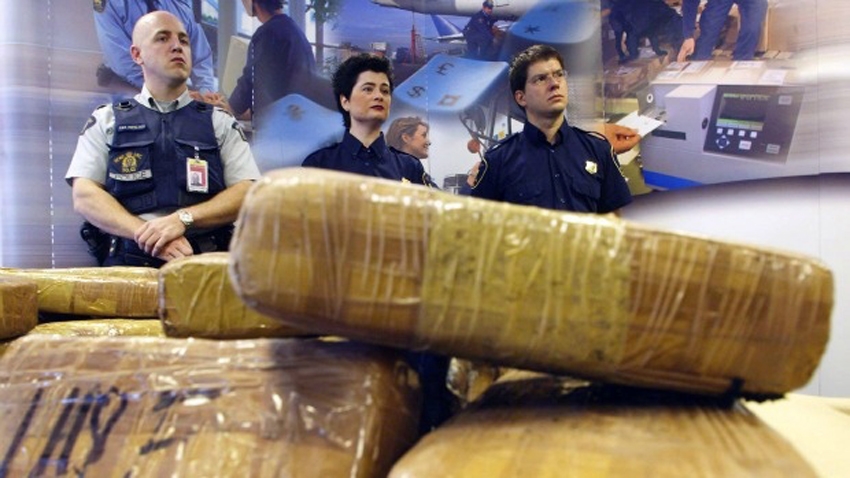 The RCMP is working with the United Nations and China to dampen the influx of the dangerous opioid fentanyl onto Canada's streets, but one high-level investigator expects the overdose problem to increase.

That information comes as health officials across Canada urge jurisdictions to collaborate to combat the drug linked to at least 655 deaths. A bulletin released by the Canadian Centre on Substance Abuse says fentanyl was determined to be a cause or contributing cause of the deaths between 2009 and 2014.

Fentanyl is a white powder that's easily disguised, tough to expose and in high demand by those with addictions, said Cpl. Luc Chicoine, the RCMP's national drug program co-ordinator.

Chicoine said it's being smuggled into the country in many ways, from inside shaving kits on passenger planes, to couriers, to gangs importing shipments in commercial containers.

Police have been unable to confirm the drug's primary origin.

All the while the death toll climbs and could get worse, Chicoine said.

"That's why I'm going back into my speech of awareness, and understanding the long-term problem that we're slowly stepping into."

Sixteen people overdosed in Vancouver on Sunday alone — including six in one hour — from heroin that police suspect was laced with fentanyl. The drug has been linked to the deaths of four people in Metro Vancouver since July 20.

"You need so little fentanyl (that tracing) the chemical signature would be extremely difficult," Chicoine said. "I don't even know if the technology is there."

About 100 grams can be mixed with fillers to make one kilogram of street drug, while only a few salt-sized granules can be toxic, he warned.

Fentanyl is between 50 and 100 times more potent than morphine. The drug represents an entirely "different scale" than bad narcotic batches in the past, such as tainted ecstasy, add health experts in B.C.

Deputy provincial health officer Dr. Bonnie Henry is calling for a "national coordinated approach" to better predict how the overdose situation will evolve, while noting the problem has accelerated in recent years, leaving an "immense" impact.

"We're not all using the same data sources, we're not all looking for the same thing, not all of us are monitoring things in the same way," she said Tuesday.

The RCMP is not conducting frontline investigations, but is leaving that work to local authorities. The force is working to identify sources.

China-based pharmaceutical-grade producers of the synthetic drug could be the fountainhead for organized crime groups, said Chicoine, who has raised the issue with his counterparts in China.

"What's happening in Vancouver at the moment, in the last few days, this is being compiled in our big picture of the Canadian situation," he said.

"When I sit down at the table with my counterparts at the U.N. and I'm sitting next to China ... we discuss those issues."

He spent two weeks meeting officials there last April discussing the problem, Chinese regulations and ways authorities in both countries can work together.

Broader discussions have been ongoing for at least three years, he said. Because the Chinese government's attitude has changed and the country is acknowledging its own social problem, he said he's noticed a difference in co-operation.

Global investigations have been initiated as part of a group involving 35 countries, he said.

Fentanyl's reach is being tracked by the United Nations, according to the organization's World Drug Report 2014, which found heroin is being replaced by the drug on the black market in some countries.

Police don't believe Canadian companies with legitimate import licences are involved. Instead, packages of raw powder may be smuggled inside goods shipped from China, Japan, Australia or Europe that eventually reach Canadian ports.

In Canada, there has been only one small-scale bust of a laboratory making fentanyl from scratch — in Surrey, B.C. in 2011, said Chicoine.

He said police have uncovered about 20 production facilities pressing imported powder into tablets. Illegal manufacturers were arrested in Vancouver, the Lower Mainland and the Interior as well as New Brunswick and Newfoundland.

Six more overdoses in one hour in Vancouver linked to Fentanyl