Citizens, stakeholders, Indigenous leaders, municipal and provincial governments have lobbied for the return of the Kitsilano Coast Guard Station since it closed in 2013. The federal government has answered their call. 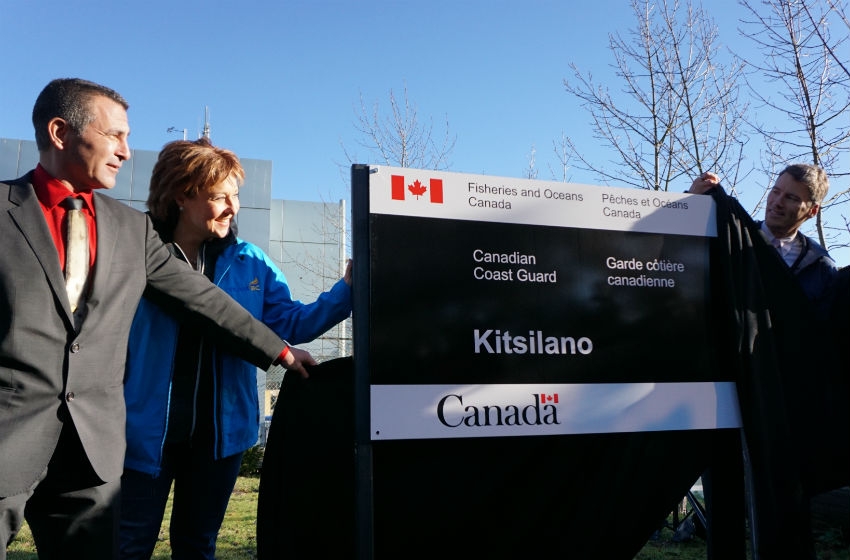 Fisheries, Oceans, and Canadian Coast Guard Minister Hunter Tootoo, who made the announcement outside the former Kitsilano Coast Guard Station, said that preliminary work to restore the first response site has already begun.

"Given the large volume of marine traffic and cargo that moves in and out of this port, it is important that the Canadian Coast Guard has an active and visible presence on these waters," he told reporters, local politicians, Indigenous leaders, and stakeholders. "The Canadian Coast Guard’s top priority is, and always will be, the safety of mariners and the protection of our marine environment."

The Kitsilano Coast Guard was shuttered by the Harper government in early 2013, leaving the closest base to Vancouver in the nearby city of Richmond, B.C. Its closure was met with widespread opposition across the province, amidst concerns that the decision "would put lives at risk."

Though Tootoo did not provide a timeframe or budget for the station's re-opening, he said analysis on the building, which has been collecting mould, will begin immediately. He will also remain in Vancouver throughout the week to consult municipal, provincial, and Indigenous governments on how the facility can best respond to the community's needs.

Read more on the National Observer.