"The inspiring part was nations coming together coast to coast united to protect the environment," said a participant at the final Healing Walk in Fort McMurray.  But there were mixed emotions amongst the 200 or so people who participated in the event. 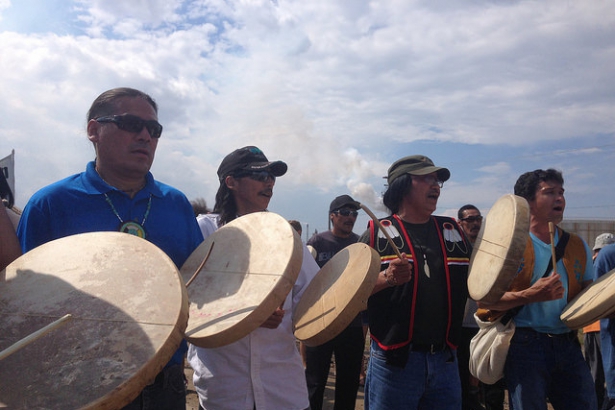 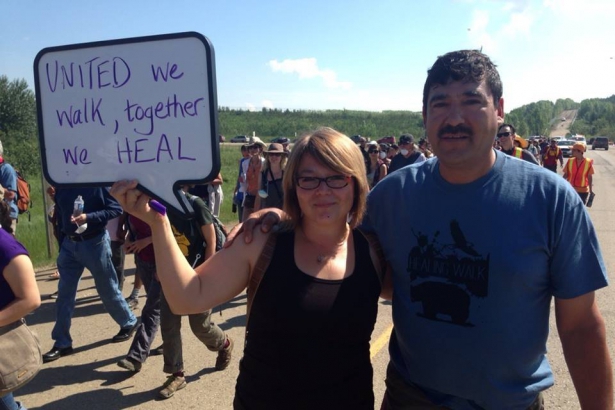 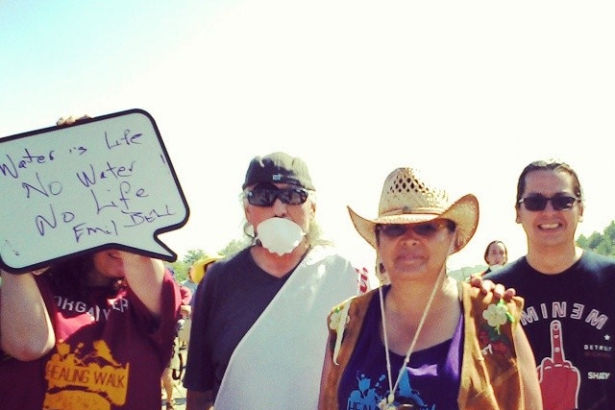 "Stop the destruction, start the healing," was the rallying cry for around two hundred First Nations and their supporters from across North America at yesterday's final Healing Walk in Fort McMurray. 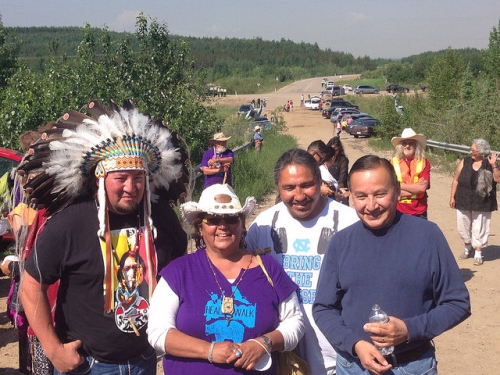 Organizers said the Healing Walk "has achieved its ultimate purpose of building unity and alliances among First Nations impacted by tar sands development in Canada and the United States." 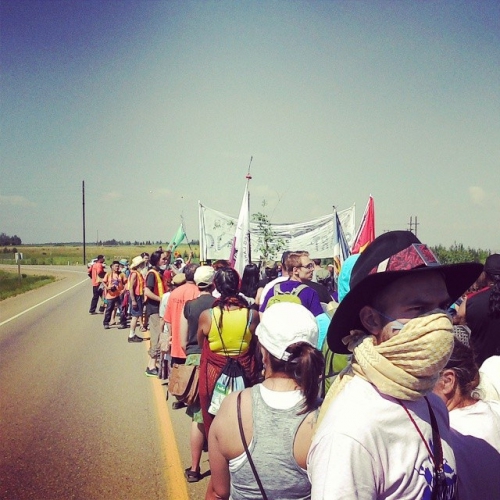 "The inspiring part was nations coming together coast to coast united to protect the environment," said a Healing Walk participant.  But there were mixed emotions amongst the 200 or so people who participated in the event, she added.

Photo below by Crystal Greene @CrystalDawnGee 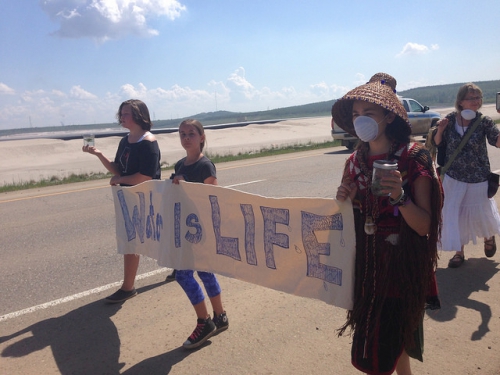 "This extractive industry is destroying our chance at a future... we're here to say right now that with strong alliances across the nation we can put a stop to this type of activity and get back to doing what's right for our people," Grand Chief Derek Nepinak, Assembly of Manitoba Grand Chiefs, told those gathered. 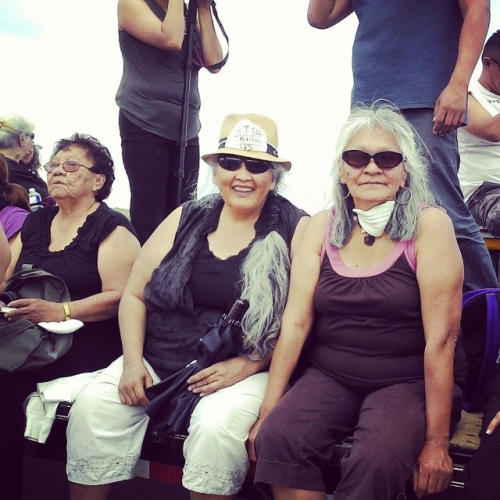 “First Nations communities were once scared to share their stories about tar sands impacts, but the Healing Walk has been a safe place to share knowledge so that today First Nations are stronger than ever to fight tar sands development across North America,” said Eriel Deranger, of the Athabasca Chipewyan First Nation. 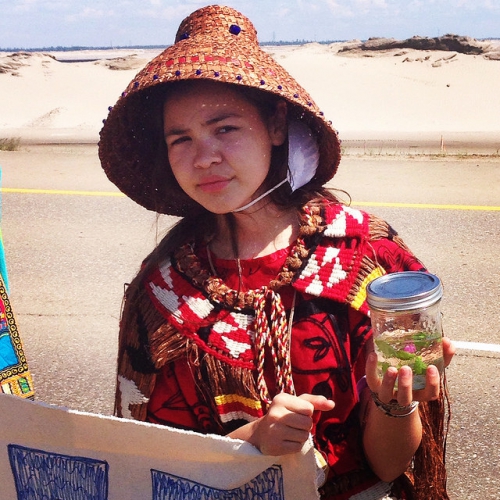 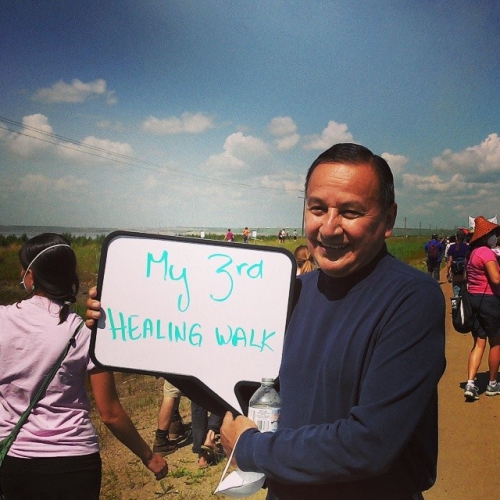 On Friday there were a series or workshops about tar sands impacts. The recent Tsilhqot'in court case was top of mind and there were many conversations about the implications for future tar sands development.

“This is the last healing walk in the Athabasca region because it’s time to shed light on other communities impacted by tar sands,” said Jesse Cardinal, coordinator of Keepers of the Athabasca. “In order to stop the destruction, the healing has to start everywhere.”

The Healing Walk was organized by Keepers of the Athabasca, a network of First Nation, Metis and settler communities along the Athabasca River. There was a pipe ceremony before the walk, followed by a feast.

The Alberta tar sands produced approximately 1.9 million barrels of oil per day in 2012, but if industry and government’s expansion plans are approved that number could reach 5 million barrels per day by the end of 2030.

This year, First Nations have witnessed the oil spill in Cold Lake, which still continues without a way to stop it. Just this week, eight experts in environmental science, policy and risk from Simon Fraser University called for a moratorium on all new tar sands development until there is a comprehensive policy-making process for energy development for North America. 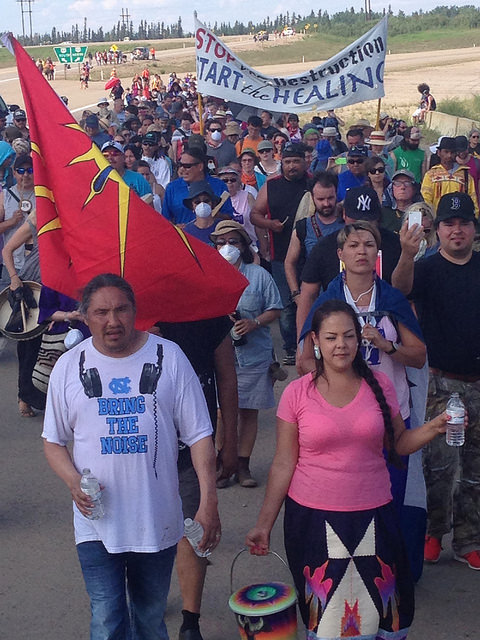