Food, race and the ethnic aisle 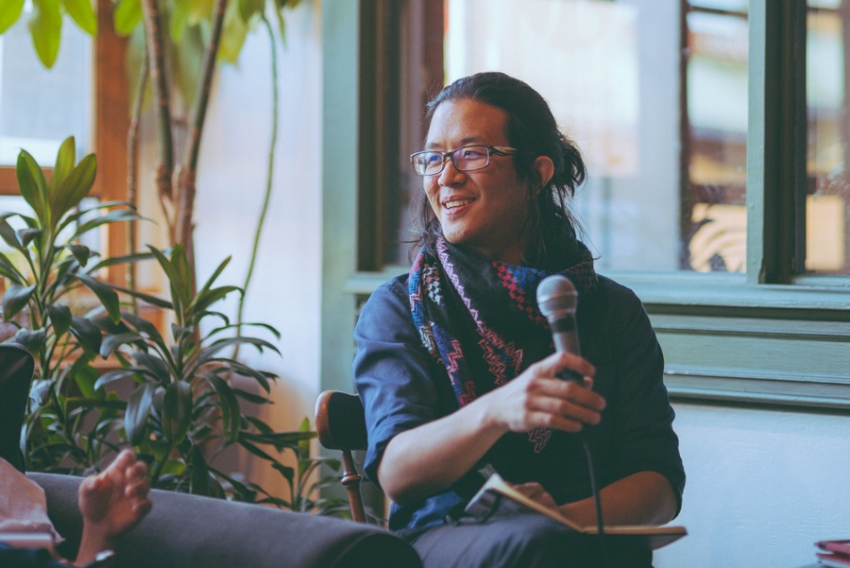 Kevin Huang at the Gordon Neighbourhood House event, "What's up with the Ethnic Aisle?" Photo by Matt Schroeter.

It is, perhaps, a cliche to say that food brings people together. A good meal, shared amongst friends or strangers, can provide an ideal starting place for dialogue, learning and connection. Food is a language we all speak.

Yet food can also be fraught with its own complexities. Consider, for instance, the “ethnic aisle”. In grocery stores across Vancouver, staples from non-European countries are often grouped together in a jumble of sauces, spices and dried goods segregated into their own area.

This phenomenon was the starting point for a recent event at the recently closed Heartwood Cafe entitled “What’s up with the ethnic aisle?” Hosted by Gordon Neighbourhood House, the discussion followed on an earlier panel at the May 2016 Vancouver Food Summit, “Why is the food movement so white?”

Our world is currently experiencing a time when race, ethnicity and culture are at the forefront of many people’s minds. Police killings in the United States and the rise of Black Lives Matter have sparked an urgent dialogue about systemic racism.

Xenophobia in North America and Europe has shaped the current political landscape, with potentially huge implications. These topics are complex and extend far beyond food.

However, it turns out that what we put on our plates, and how we buy it, bring up their own set of important challenges, many of which affect Vancouver directly.

I was fortunate to be able to interview two of the event panelists, indigenous law specialist and former Vancouver Park Board member Niki Sharma, and Chinese-Canadian youth organizer and Executive Director of the hua foundation Kevin Huang.

Niki: There are a lot of people of colour that participate in local food production. I believe the real question is: are the voices of these people represented in the organizations claiming to represent the local food movement?

Kevin: In a local food systemic context contained to the Lower Mainland, yes. While we are often asked to choose organic kale as a way of supporting local farmers and community agriculture, I think it's just as important to include organic bok choi in these selections as a means of providing culturally appropriate food choices. 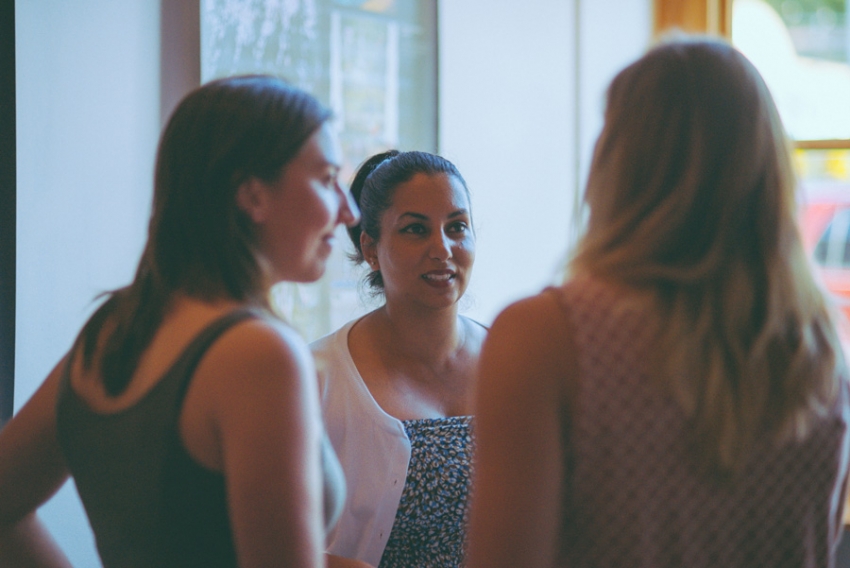 Niki Sharma at the Gordon Neighbourhood House event, "What's up with the Ethnic Aisle?". Photo by Matt Schroeter.

How much does the problem have to do with how we define “food movement”? Are there other food movements out there besides organic food, locavorism and farmer’s markets?

Kevin: I don’t see it as a problem of how we define “food movement” as much as questioning who is this movement for, who it is serving, who is not at the table, and who are we excluding? Vancouver’s demographic is diverse and the food movement should reflect that.

The interesting things about Farmer’s Market-style direct sales is that they are also quite prevalent in most places around the world: wet markets, morning markets, you name it. Perhaps increasing the availability of culturally appropriate food items, increasing accessibility, and advancing our cultural competency to work interculturally would fill this engagement gap.

There is also the opportunity for us to expand or even redefine Vancouver’s “Food Movement”. We are missing out on recognizing and celebrating individuals acts such as grandmas and grandpas growing their own food in their backyards or even parents teaching their kids in the privacy of their own home how they should not waste food and to compost.

Niki: I spoke about my father during the panel at the Vancouver Food Summit. He has been collecting seeds and growing food for most of his life. He has a deep knowledge of growing food that he shared with us.

Helping hungry students a key to improving schools in Canada

The privilege to grow food