'If you want justice, you've come to the wrong place.' In Game of Thrones S04E07, though, characters are doing the strangest things for justice. Welcome to the recap and review for 'Mockingbird'. 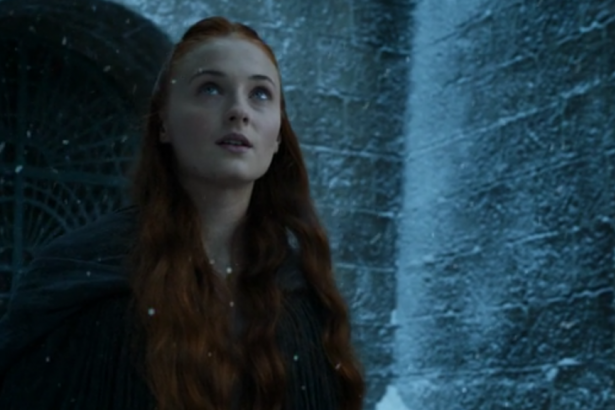 Melisandre and Selyse Baratheon look into the flames: Game of Thrones S04E07, 'Mockingbird'.

We last saw Tyrion Lannister making quite a scene in the kangaroo courtroom, demanding that his innocence in murdering Joffrey "HMS Douchetanic" Baratheon be determined through trial by combat.

Also, things managed to somehow get even weirder than normal with Theon Greyjoy/Reek/whatever and Psycho Hobbit. Team Sexy Witch Religious Fundamentalism secured a bank loan, which, okay, doesn't sound very sexy, but come on. They need the money.

Oh, and Team Dragon Mama is now mired in the minutiae of writers stalling for time local politics. Okay, let's get into it. 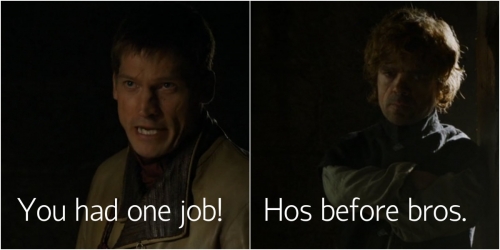 Jaime's only response is to briefly look like Sting... 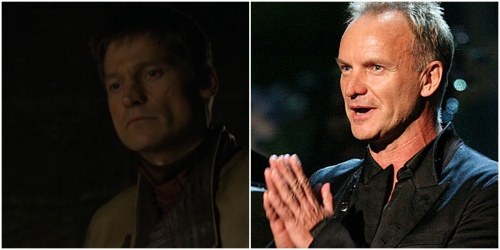 ... so Tyrion continues that Jaime's deal with their father Tywin Lannister was everything that daddy wanted: Jaime as lord of Casterly Rock and Tyrion pissing off of The Wall, like, every day: "All so perfect. It felt good to take that from him."

Jaime says that Tywin would sacrifice any of his kids to get what he wants, but Tyrion is like, nah, "you can kill a king, lose your hand, fuck your own sister, you'll always be the golden son! #RealTalk"

Jaime is like, "Speaking of #RealTalk, turns out I'm not the Dread Pirate Roberts. I'll get destroyed if I try to fight with my left hand." They share a laugh over the notion of both of them dying as a result of trial by combat: these two dudes are amazing together.

So Jaime will try to track down Bronn to serve as his champion yet again (for which he'll be forever in Bronn's debt, if he weren't already), but you won't believe who Cersei chose as her champion... 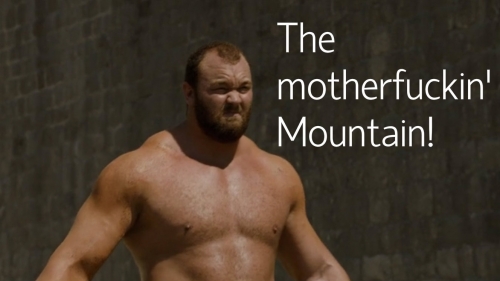 That's right! Gregor "The Mountain" Clegane! He's in the yard, cutting people up as Cersei Lannister watches smugly from above. He's like, "I've been recast, so now I'm even more massive! And I have this beard that makes me look like a Portland barista! Gratata! Swag, bitch!"

Cersei goes down to name-check Gregor, squishing over entrails as she walks. The Mountain doesn't even care who he's fighting. 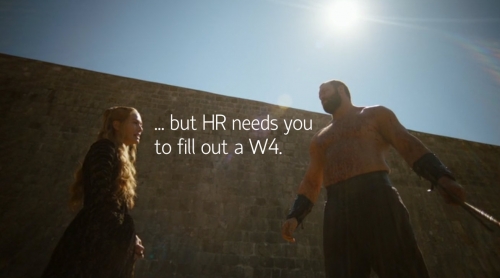 Harya! Arya Stark is traveling with Sandor "The Hound" Clegane, the most terrifying child advocate in the Seven Kingdoms. They've clearly been riding in silence for ages, likely due to the awkward nature of their journey: he plans to ransom her, so he's keeping her safe; which she needs, though she plans to kill him. Awks.

They come to a dilapidated house; the dude who owns it is sitting outside, stabbed through the stomach. He was attacked by some guys, but he doesn't know who. The Hound is like, "Look, mate, I can euthanize you right now if you want. Like, pffft! Done." The dude considered just killing himself. Arya is like, "Well? Why not get on with it?" The guy is just clinging to life by habit. Then they share their back-story with him. 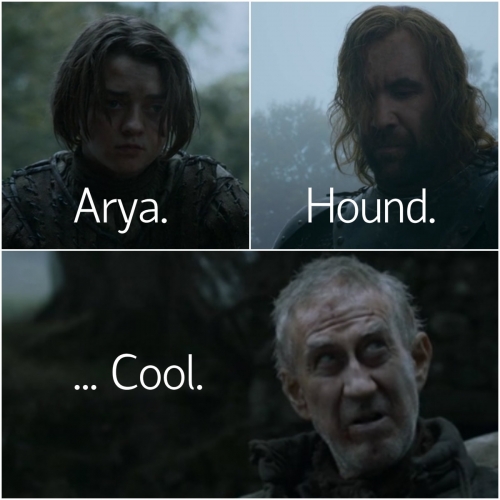 The Hound gives the dude some water, then stabs him. It's all friendlier than I'm making it sound. It's also a teaching point for Arya: "That's where the heart is." Not as in, "This was an act of love, ending his life quickly," but as in, "This is physically where the heart can be found in the human chest."

Game of Thrones S04E03 recap and review: 'Breaker of Chains'