Game of Thrones S04E10 recap and review: 'The Children'

Shit goes down in the Season 4 finale. Here is the recap and review for 'Game of Thrones' S04E10, 'The Children'. 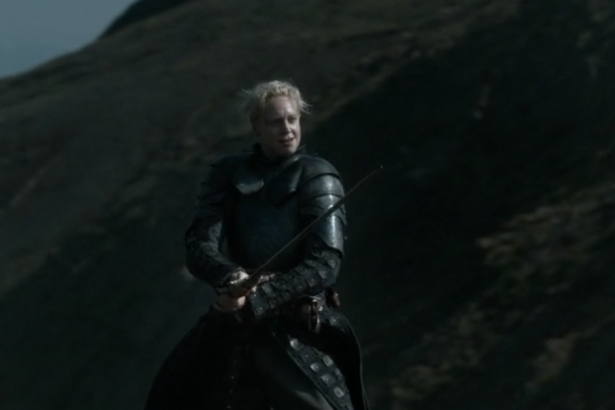 Brienne of Tarth goes into Beast Mode. This is the recap for Game of Thrones S04E10, 'The Children'.

Welcome back, Dire Wolf fans! Here you’ll find the recap and review for “Game of Thrones” S04E10, titled “The Children". This is it, the Season 4 finale. As always, spoiler alert.

If you missed last week's episode, just bang a few pots and pans together and yell into a mirror: you'll get the basic idea. Butseriouslyfolks, the Crows barely held off Mance Rayder's first incursion, and Castle Black holds on by a thread. You know what rhymes with "holds on by a thread"? "Ygritte's dead." 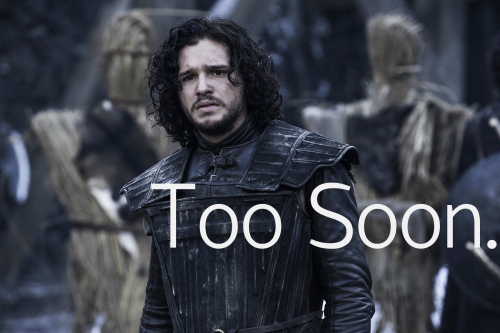 Now Jon Snow is on a solo mission to take out Mance Rayder. Down in King's Landing, Tyrion Lannister has been sentenced to death after Oberyn Martell's spectacular demise.

Across the Narrow Sea, Ser Jorah Mormont has been kicked out of Team Dragon Mama. Will he head back to his homeland, or go ronin try and to win Khaleesi's forgiveness? S04 has been the most frenetic season of "Game of Thrones" yet. How will it end? Let's get into it.

We start immediately where we left off: Jon Snow walks out into the Frozone, and into the carnage from last night. Look at that dead giant. Do you think they'll have to blow it up, like they do with beached whales? 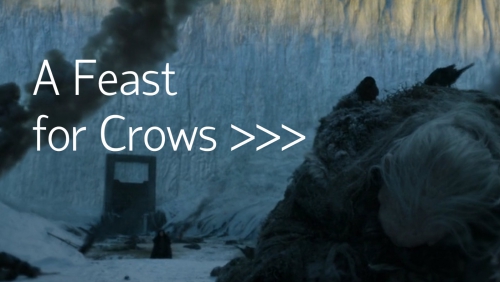 So Jon just trundles into the woods and surrenders to the first wildlings he sees. This plan is so shit. The wildlings bring him to Mance Rayder's tent, which is conveniently located within five feet of the edge of the woods.

Mance Rayder emerges, annoyed that his OITNB binge-watching session has been so rudely interrupted: "What the hell do you want? I'm just about to find out what happens with Vee." 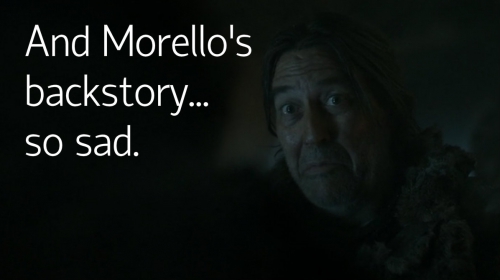 Jon replies in the Christian Bale Batman voice, "I've been sent to negotiate with you." Mance leads Jon into his tent, flips his laptop closed, and lectures the Crow on loyalty. Jon replies that he never gave up his loyalty... to the Night's Watch.

Then Jon recaps S04E09, and they drink to the memory of Ygritte. 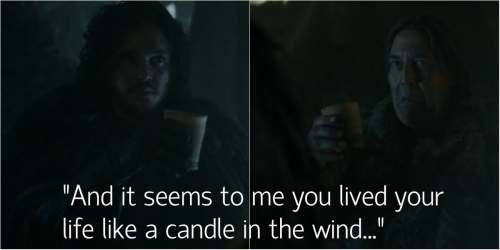 Mance says that the giant came from a line of giant-kings. Jon says that Hipster Crow was a hipster who became a Crow, and really liked that coffee that takes, like, 10 minutes to drip into a cup. They toast to Hipster Crow and Giant-King.

Mance then tells Jon that he sent four hoondred more wildlings to climb The Wall: whichever of them miraculously survive the climb will be over the top by the end of the day.

Mance says, "We're not here to conquer... we're here to hide behind your wall. So here's the deal: either let us through the tunnel, or we'll kill everyone in Castle Black, which will take maybe ten minutes, because how can there be more than, like, five of you left?"

Mance figures out that Jon planned on killing him. Just then, hundreds of mounted warriors roll up to the edge of the forest. Who the hell are these guys, the Riders of Rohan? They start yelling (as you do) and hacking up the wildlings. Next thing you know, it's S04E09 Part II: The Revenge.

Soon Jon and Mance find themselves surrounded by the Riders of Rohan, who are led by... Davos Seaworth and Stannis Baratheon! 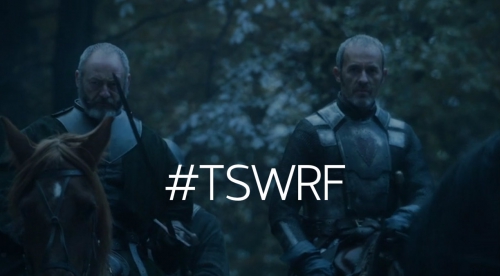 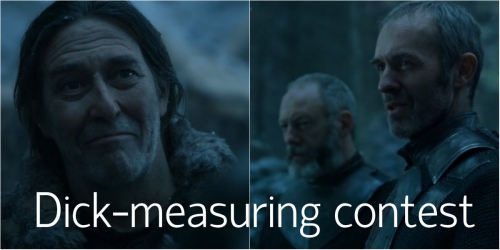 Game of Thrones S04E08 recap and review: 'The Mountain and the Viper'