Mean nuns and Crows that're outgunned.
It's the recap and review of Game of Thrones S05E08, 'Hardhome'. 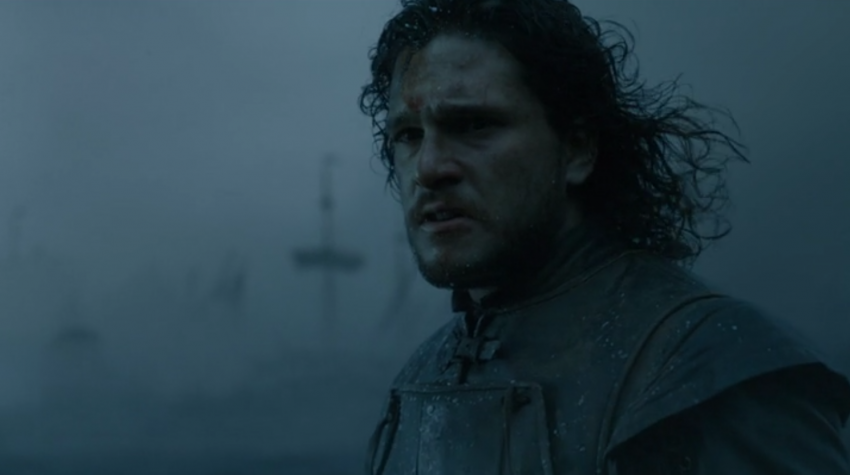 'Hardhome' is just a day in the life of Jon Snow, and this is the Game of Thrones S05E08 recap.

Welcome back, Dire Wolf Fans! Here you’ll find the recap and review for Game of Thrones S05E08, titled “Hardhome”, which was also, I think, the name of a movie playing on a restricted hotel-room channel last time I was in Vegas. Anyway, spoiler alert.

Previously, on Game of Thrones... Bronn and the Sand Snakes were also in jail, playing a game of Strip-Tease Poison, which is as weird and dangerous as you’d imagine. Cersei Lannister was also thrown in jail along with Margaery Tyrell. I wonder if they’ll have to join forces to survive in prison: that could be an entire spinoff series, or at least a decent crossover.

Meanwhile, despite his we-are-the-99% rhetoric, the High Septon is surely overestimating King’s Landing’s willingness to live without booze and sex. Bowling alleys haven't been invented yet: there's just nothing else to do.

Meanwhile, in the fighting pits, I think Ser Jorah Mormont was going for this:

... but he failed to take into account that nobody uses boom boxes anymore. Result: he was hauled off by the guards while Tyrion Lannister was left to supply his own intro to Daenerys Targaryen. Even as a hostage, The Imp has to school those around him on exactly what the eff is going on.

Psycho Hobbit skinned Sansa Stark’s escape plan alive, thanks to Reek being a little beeeeitch. Brienne of Tarth and Podrick Payne are nearby, and may do a two-person invasion before Stannis Baratheon and Team Sexy Witch Religious Fundamentalism even get there. It’d be a one-person invasion, really, with Pod just following along and shooting Vine videos.

The art of negotiation

Team Dragon Mama! Daenerys Targaryen, flanked by She3PO, is glowering at Tyrion Lannister and Ser Jorah Mormont. As we so painfully witnessed last week, Jorah's little stunt did not go as planned.

Khaleesi is like, "Why shouldn't I kill you for what your family did to my mine?" Tyrion is all, "Pfft. I killed my mom by being born. I killed my dad when he was on the toilet dropping a deuce. You should bring me on as a consultant."

Tyrion then does a halfway-decent Khaleesi-centric recap of S01-S04. He says, "If you want to be Queen, you'll need someone who understands how this whole 'ruling' thing works in the perpetual shit-show that is Westeros. Conquest is only the beginning." 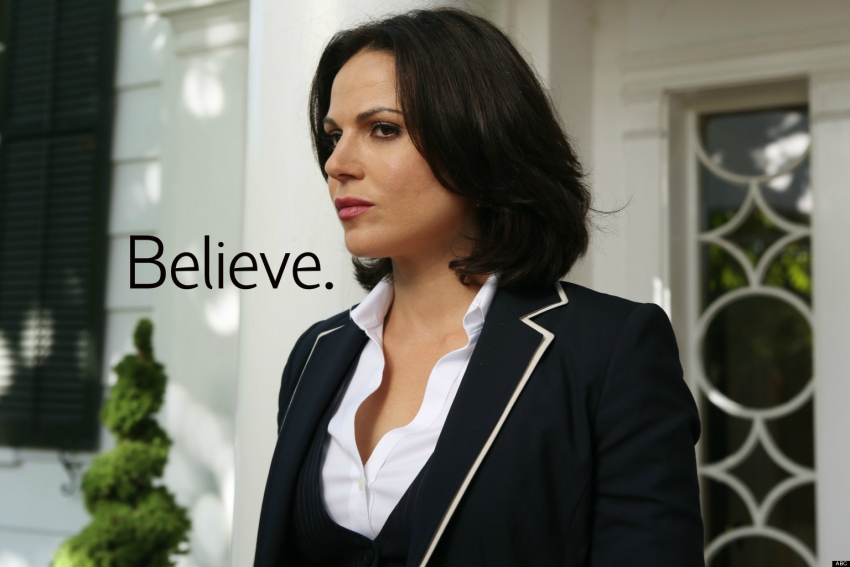 Since Dani has never seen Once Upon a Time, Tyrion continues: "Hey, I was Hand of the King under Joffrey 'Douchecanoe' Baratheon, who was a C_NT. Would you care to buy a vowel? At any rate, I'd do even better if I were advising someone who wasn't a total d1ck." Wow, Tyrion's making this all about him! He's never not cool!

Khaleesi is like, "Okay, pop quiz. What would you have me do with Sir Mopes-a-lot over there?"

Tyrion goes to bat for Jorah, saying how devoted Jorah has become to Team Dragon Mama. He says, "Jorah worships you. He's in love with you, I think; which is actually okay in the TV version because you're not, like, twelve. Still... he kept the truth from you."

Dani is like, "Sooooo... death, then?" Tyrion is all, "A ruler who kills those devoted to her is not a ruler who inspires devotion. You'll need devotion, a lot of it, if you hope to rule across the Narrow Sea." F^ck, this guy is good. "Still," he adds, "you can't keep him by your side."

Khaleesi will allow Jorah's head to remain attached to the rest of him, but he'll be exiled. Again. As Jorah Mormont leaves the throne room, Dani looks a bit weepy.

So Jorah Mormont is once more thrown out of Mereen on his ass. This time, though, he has a more pressing problem than finding a new pub trivia team that can appreciate his prodigious general knowledge... 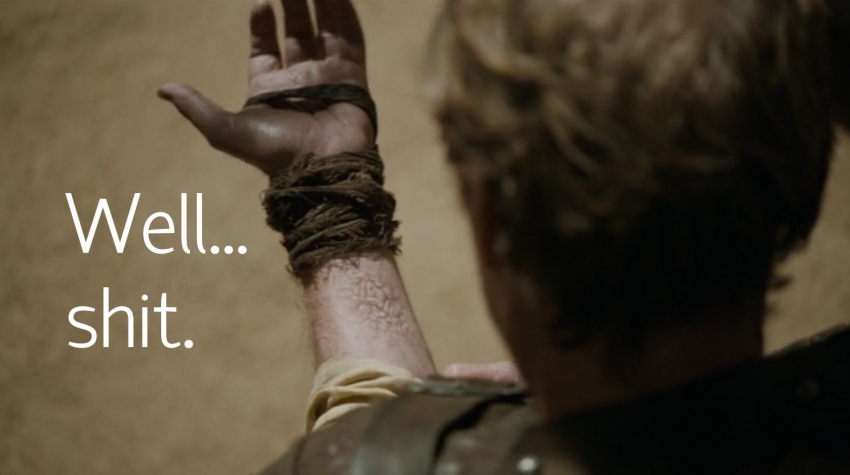 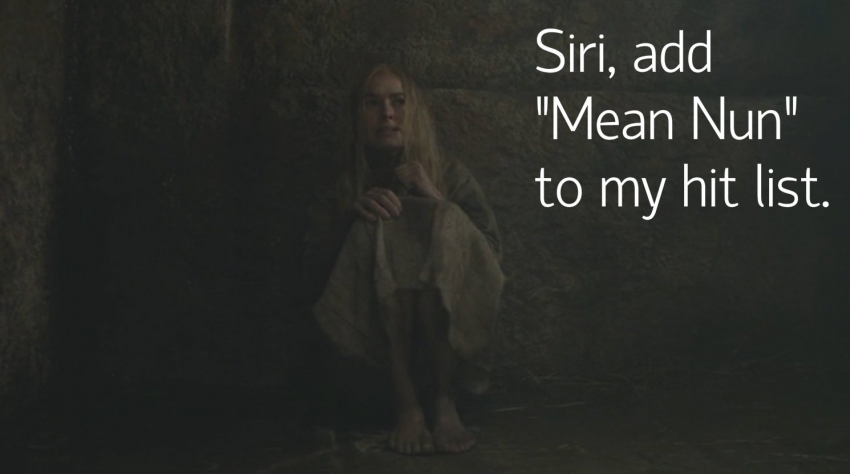 As soon as Mean Nun leaves, Cersei breaks down in a fit of tears and screaming.