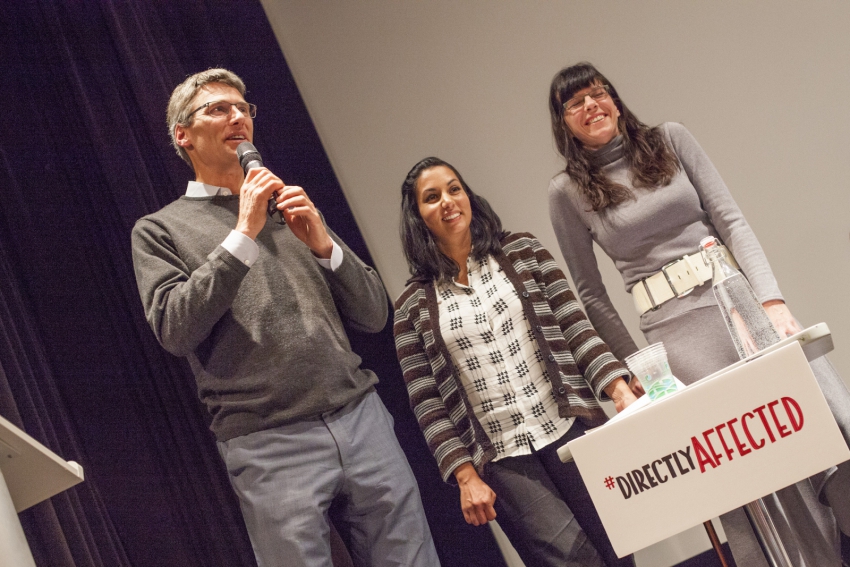 "The NPA has one of the key players from the Harper administration doing their mastermind strategy. And we don't have any doubts that there's big oil behind their campaign. Basically on the right there's a very big conservative push to take power in Vancouver," Mayor Gregor Robertson told an audience at Science World last night.

The mayor spoke to the crowd previewing Directly Affected, a documentary on Kinder Morgan's pipeline expansion.

Responding to Robertson's statements later in the evening,  NPA mayoral candidate Kirk LaPointe told the Vancouver Observer, "It is fear-mongering by Gregor Robertson to suggest big oil is behind our campaign. It is wrong to suggest the campaign is run by Conservatives."

"My campaign manager is an experienced Liberal and he has assembled a team that embraces the political spectrum."

Pantazopoulos is the project manager of the Calgary-based Manning Centre's Municipal Governance Project. According to his bio, he "established early credentials in politics with the Reform Party" and served as partner with the Republican polling firm Market Strategies.

According to the list released by the NPA last week, two of the campaign's biggest donors are key players at the right-wing Fraser Institute, a think tank that receives substantial funding from U.S. oil billionaires David and Charles Koch and the Searle Freedom Trust.

The Charles G. Koch Foundation, together with the Koch-owned Claude R. Lambe Foundation, donated a total of $765,000 to the Fraser Institute between 2007 and 2012, according to U.S. tax records.

The Searle Freedom Trust, a U.S. foundation known for fomenting climate change denial,  contributed $300,000 to the Fraser Institute between 2010 and 2012.