In order to afford to live here, you have to hack the Vancouver housing market. Touted by the City as affordable rentals, laneway houses can be so much more. Your affordable Vancouver property is just around back.

A laneway house (LWH) is, as the name suggests, a small house that looks onto a laneway. In 2009, 100 LWH building permits were approved as part of a pilot program. Last year, that program was expanded: the laneway revolution has begun.

This means that you’re either renting a laneway house which has already been built,or will be making some sort of deal with a friend or family member whose single-family lot is big enough to support your small-plot dream.

In the latter case, you’re hacking the housing market, as many in Vancouver already do through co-housing or shared rentals.

On the Mayor’s Task force on Affordable Housing’s “housing continuum”, laneway houses fall under “rental housing” along with other types of secondary suite. That placement only envisions a renter finding and then occupying a LWH, though small-house enthusiasts can be much more proactive. 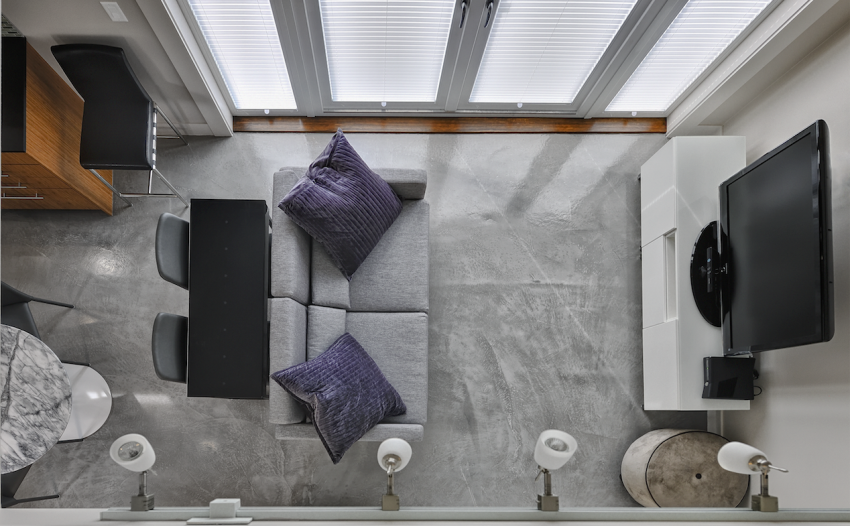 Spread your wings and fly

In making a laneway deal with an existing property owner, you’re like a plucky hummingbird building a nest in the eaves of an existing house, flitting about town at your leisure. Or a bad ass kestrel, constructing an aerie on an imposing cliff, from which to swoop upon your terrified prey. Whichever image works for you.

As was mentioned earlier, getting into the LWH (laneway housing) game isn't as straightforward as plain ol' vanilla condo-shopping. While Vancouver's house-hunters are fairly well educated on what laneway houses are and aren’t (since all this city ever talks about is real estate), sometimes people aren’t clear on the whole zoning thing.

Deanne Tunic-Grandjean of Dexter Associates Realty says, “Not that often, but I sometimes get people who say ‘I want to buy a laneway home’.” She adds, “The ones that are into the laneway housing idea have done their research.”

“The very few that look for home with a laneway house already built are empty-nesters looking to downsize," she adds.

Matt Henry of Sutton Place Realty has had the opposite experience in encountering those stalking  LWH in the wild: “I’m working with a couple right now. The kicker is that most of the custom-built ones aren’t on the market. Probably 95% of any homes with laneway houses listed on MLS [had LWH that] were built at the same time as the house.” The subject brings extra intensity to Henry's voice as he talks about this mutation in the housing market, noting that prospective buyers aren’t quite feeling those specimens, since the original builders didn’t put too much love into them.

Still, Henry, himself a laneway house proponent, is definitely finding those LWHophiles; or, at least, they’re finding him. “I’m working with four parties right now where families are trying to co-inhabit [on the same property] to live in the city. That’s because they can’t financially make it otherwise, right?”

Tunic-Grandjean said, “I personally find [LWH] a great way of going around the densification and gentrification [issues].” However, she notes that renting one can be quite expensive.