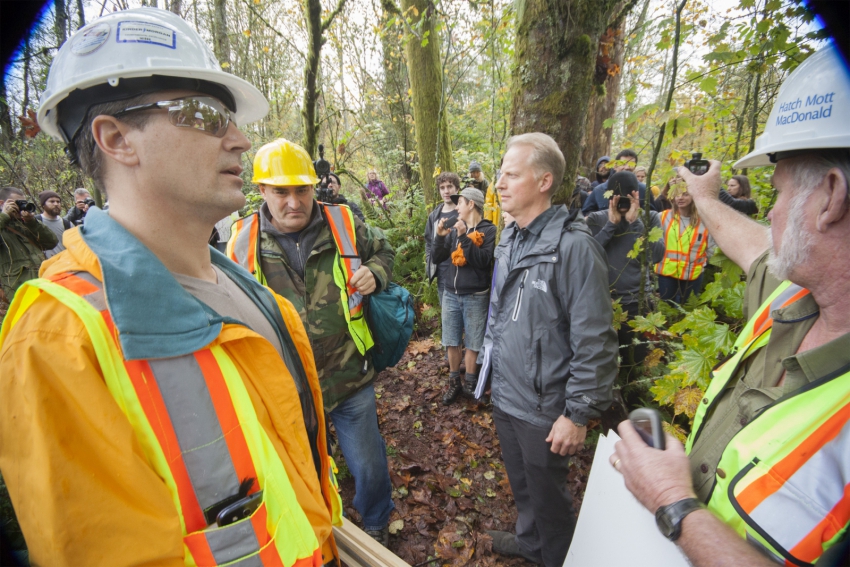 The B.C. Supreme Court has ruled in favour of an injunction against Burnaby residents opposing the Kinder Morgan Trans Mountain pipeline expansion. The police will have power to arrest protesters on Burnaby Mountain as of Monday.  Citizens argue that the Texas-based oil pipeline giant is undermining democracy by filing lawsuits in order to silence local B.C. opposition.

SFU professor Stephen Collis, one of the people named in the lawsuit, said he was "disappointed" by the court's decision, and said people will have to make a "personal choice" if they want to break the law on Monday by continuing the protest.

"We had hoped the judge will throw the civil suit (by Kinder Morgan) out. It's obviously a SLAPP suit," he said, referencing a term for lawsuits intended to intimidate and silence critics. "It's typical, what the companies do to activists. They identify leaders among activists and they take the leaders away. I've been a spokesperson ... I tell the media things that the company doesn't want people to hear."

"People are shocked when there's such poor leadership on these pipeline issues -- but no one is surprised," said AJ Klein, an independent organizer. "We all knew this injunction was going through."

Klein said it was a shame that the injunction was granted on the same day that the U.S. House of Representatives approved a bill to pass the Keystone XL pipeline. She said she wouldn't be intimidated by the lawsuits, however, and said the Kinder Morgan pipeline expansion posed a major threat to climate change.

"This is an issue about the human race...It's now and time is running out. It's the reality of the situation. It's unfortunate that government is putting regular folks in the position of taking action on these issues," she said.

Kinder Morgan is proposing to twin its existing Trans Mountain pipeline, in order to triple oil sands bitumen export capacity to 890,000 barrels per day from Edmonton to Burnaby. The proposal, if approved, will increase the number of oil tankers through the Burrard Inlet six-fold. The proposal has sparked large-scale citizen opposition, with protesters setting up camp on Burnaby Mountain to prevent the company from cutting down trees and doing survey work for the project.

“I don’t think Kinder Morgan wants you to hear what I have to say – and I think that is why they are trying to silence me", SFU scientist Lynne Quarmby, who is one of the individuals being sued by Kinder Morgan, said in an earlier interview.

Kinder Morgan hit several Burnaby residents and two SFU professors, who have spoken out against the company’s pipeline test work on Burnaby Mountain, with a multi-million-dollar lawsuit. The five individuals named in the suit were all served papers on October 31, compelling them to find a lawyer and appear a court within 24 hours.

Trans Mountain is asking for an injunction barring protesters from blocking its crews from doing survey work at the Burnaby Mountain Conservation Area Park.

The company is also asking for damages and costs in a civil lawsuit over what it claims is trespass, assault and intimidation by protesters who chased away workers. In one widely-lambasted moment during the court case, Kinder Morgan's lawyer claimed that the protesters' snarls and angry facial expressions were a form of "assault", resulting in an online campaign ridiculing the company's claim. 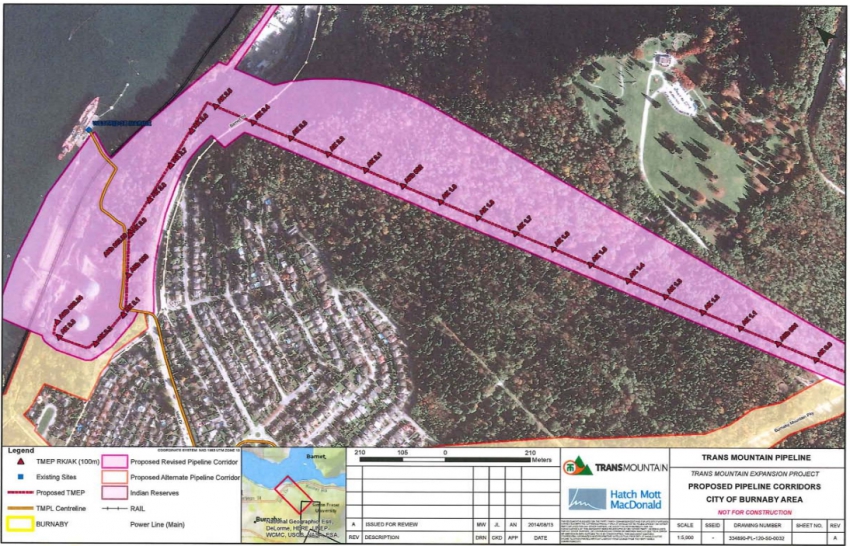