The battle over Burnaby Mountain heated up in a Vancouver courtroom.  Several residents were hastily served with legal notices claiming they have been interfering with Kinder Morgan's survey work. 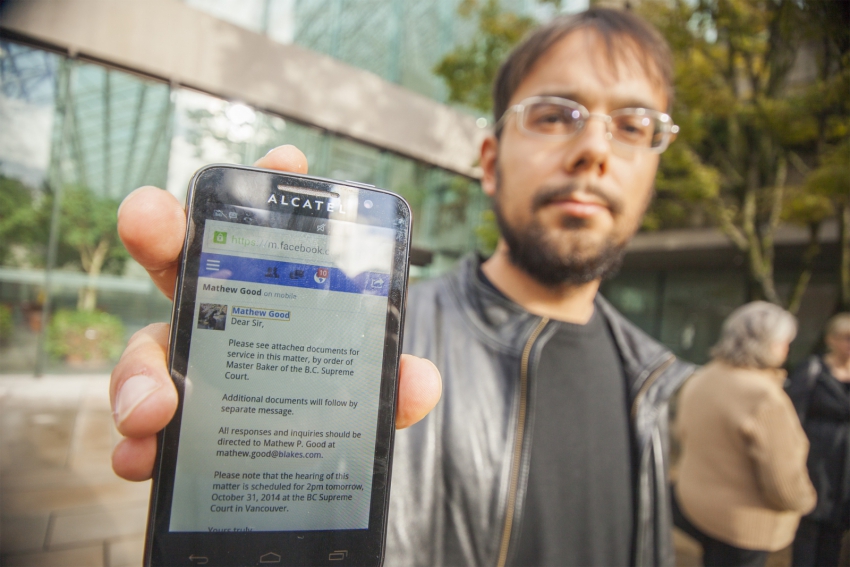 Adam Gold shows the Kinder Morgan legal papers he was served via Facebook, outside the B.C. Supreme Court on Friday - photo by Mychaylo Prystupa

The battle over Burnaby Mountain took an unusual turn Friday in a Vancouver courtroom where it was revealed that Kinder Morgan had served several residents with legal papers using hasty methods.

“I was served papers via Facebook,” said Burnaby resident Adam Gold on Friday, outside the B.C. Supreme Court.

The Texas-based pipeline giant is applying for a quick court order that would prevent local residents from interfering with the company’s controversial pipeline survey work in Burnaby for the proposed $5.4-billion Trans Mountain pipeline expansion.

“The attachments were legal documents that were served through Facebook Messenger.  I am not [the Kinder Morgan lawyer’s] friend in Facebook, so they ended up in a folder that is not usually viewed.”

By luck, Gold happened to check it, and discovered that the multinational corporation’s legal team was targeting him with allegations that he was “trespassing” and interfering with the company’s survey crews.

Company spokesperson Ali Hounsell said late Friday: “Trans Mountain was authorized by order of Master Baker of the B.C. Supreme Court to serve the materials on Mr. Gold in the manner it did.” 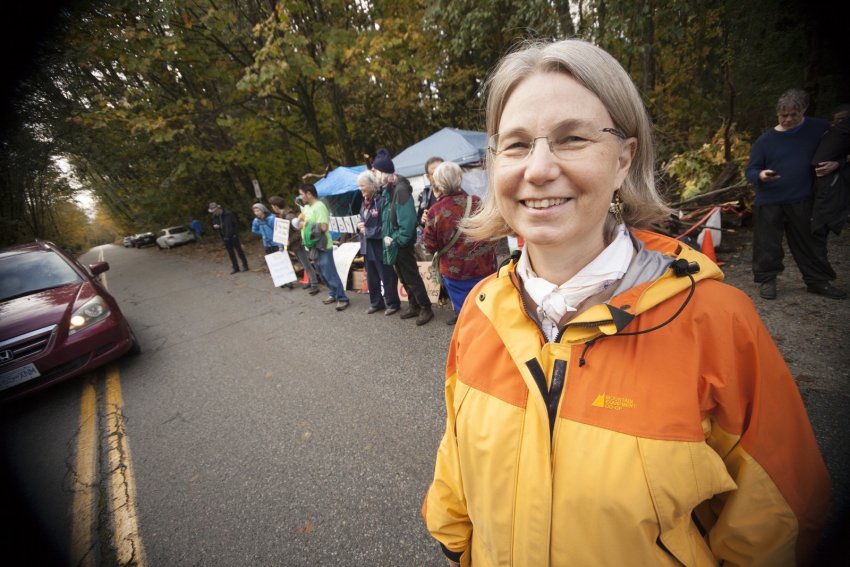 Others got the 1,000-page legal paperwork at their work places, including SFU biochemistry professor Lynne Quarmby.  Kinder Morgan's lawyer told the court that her op/ed submission to the Vancouver Observer showed the long-time scientist's willingness to be arrested to stop the pipeline, over climate change concerns.

Another defendant, Mia Nissen, spotted her papers outside her apartment door.  All defendants discovered the paperwork late Thursday, when they learned they had less than 24 hours to appear in court.  Some did not have time to get lawyers.

Kinder Morgan asked the court to have its application heard in just two hours. The rush appears to be for financial reasons. The company claims it is losing $80 million in revenues for every month that its proposed Edmonton-to-Burnaby bitumen oil pipeline is delayed. 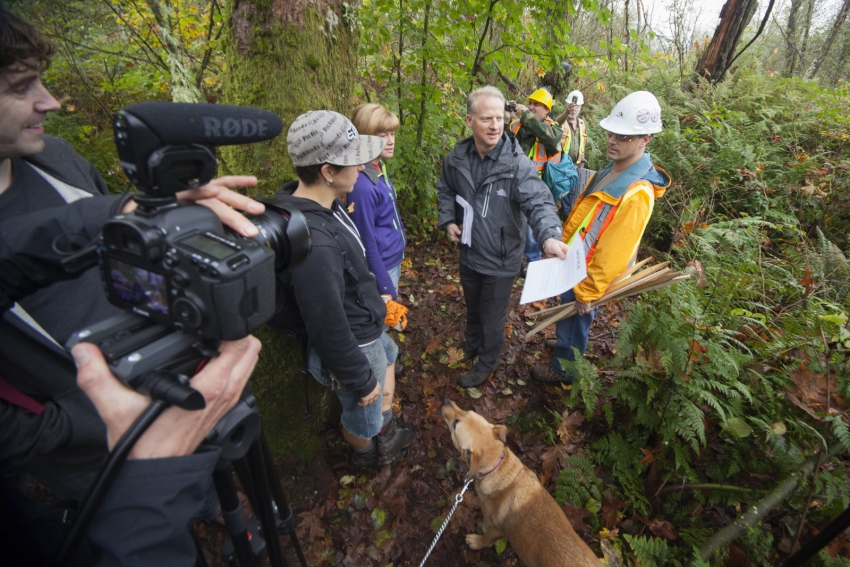 The issue heated up Wednesday, after dozens of citizens clashed with Kinder Morgan’s survey crews deep in the conservation forest on Burnaby Mountain – the last leg of the proposed pipeline, towards the oil export terminal that would feed 400 super tankers per year.

Kinder Morgan’s lawyer told the court that Adam Gold had held a bullhorn to within inches of a company surveyor, and blasted it at loud volume.  Gold will have the opportunity to defend against that allegation.

Another factor for pushing through these legal proceedings may be a federal deadline.

SFU professor Stephen Collis, who is also named by Kinder Morgan for leading the obstruction of the pipeline work, said the company is trying to complete its work before a critical December 1st deadline set by the National Energy Board.