Many paddles, one canoe: Climate leaders gather in Vancouver to resist Kinder Morgan

Bill McKibben is coming to Vancouver March 4th, where he’ll be speaking alongside Grand Chief Stewart Phillip of the Union of B.C. Indian Chiefs and other community leaders.

There’s a legend, told by Tsleil-Waututh hereditary Chief George Sla-holt, about a time when the world was slowly being flooded. To escape, Sla-holt told ethnographer Pauline Johnson, the people of Burnaby Inlet built a huge canoe: “the most stupendous canoe the world has ever known.”

For months, the men carved a giant cedar while the women worked to braid cedar bark into a rope large enough to hold the canoe against rising tides. As the waters rose, the canoe was piled with provisions.

When the rising seas overwhelmed the land, the youngest generation of Tsleil Waututh children were sent out in the community canoe, where they rode out the flood thanks to the sacrifice and foresight of their parents. The story has been passed  through the generations to herald the importance of resilience and community unity in times of crisis.

It’s an ancient tale of survival that resonates in these uncertain times.

In coastal cities like Vancouver, without significant reductions in emissions, climate models predict that a  one-meter rise in sea levels will drastically change the coastline, seawalls and beaches, rendering Stanley Park an island in the midst of rising waters.

A predicted rise in ocean temperatures would also spell doom for the Fraser River salmon run, a bounty that has been the lifeblood for Indigenous peoples for thousands of years.

Now, as during the times of that much earlier deluge, it may be time to pull together and start building so that future generations can tell our stories.

“Like everywhere, it's a trench war between the fossil fuel-funded climate deniers blocking transition with everything they've got, and everyone else who sides with life,” says Bill McKibben.

Arguably the most prominent climate activist in the world, McKibben believes that BC is a ‘climate frontline’ where grassroots organizations, working in unprecedented alliances, have the potential to punch well above their weight.

McKibben is coming to Vancouver March 4th, where he’ll be speaking alongside Grand Chief Stewart Phillip of the Union of BC Indian Chiefs, along with community leaders Chief Jackie Thomas of Staik’uz Nation and the Yinka Dene Alliance, and Jess Housty, a councilor with the Heiltsuk Nation whose recent experience battling a diesel spill on Heiltsuk fishing grounds offers a stark illustration of the unacceptable risks that projects like Kinder Morgan pose for coastal communities dependent upon the ocean for sustenance.

The event - Many paddles, One Canoe - is being held in support of the Pull Together campaign, a grassroots movement that was born during the fight against the Enbridge Northern Gateway project. Under the Pull Together banner, seven nations who stood in the path of Enbridge’s pipeline and tankers took the federal government to  court —  and they won. 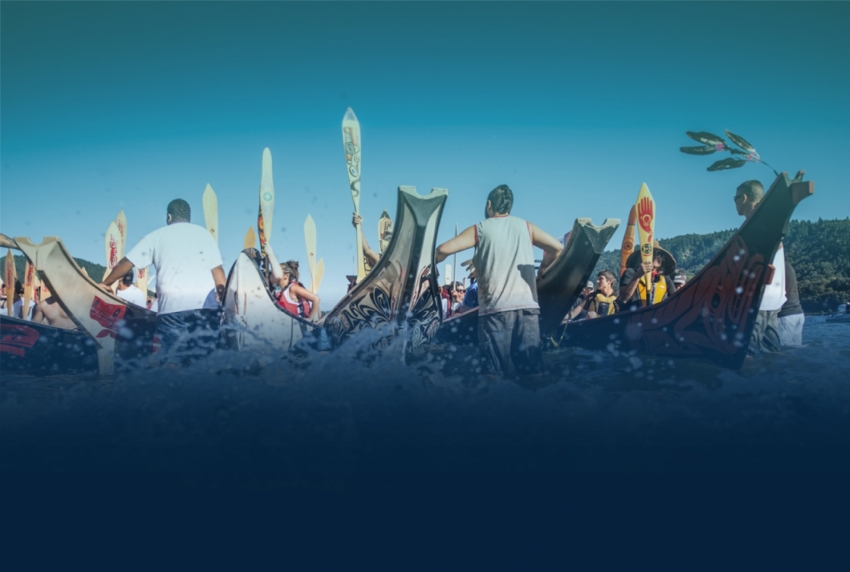 “As I see it, pulling together is what it’s really about at this point in the game,” says McKibben. “First Nations standing up to the fossil fuel industry in Canada are some of the strongest and most dedicated organizers anywhere. And, right now, Coast Salish nations resisting the tar sands are asking for our support."

An ectomorphic string bean filled with prophetic fervour, McKibben  delivers his message with a bounding enthusiasm that has incited thousands of mainly young activists to join a fast-growing, nimble climate movement — 350.org — that stretches across the planet.

Youth-driven and lit by the urgency of woke climate advocates, it’s a  wildfire that burns brighter and — McKibben hopes— will spread faster than anything the fossil fuel industry could possibly match.