Canadians got few answers as reporters pressed for more details on Harper's plans for joining fight against ISIS. 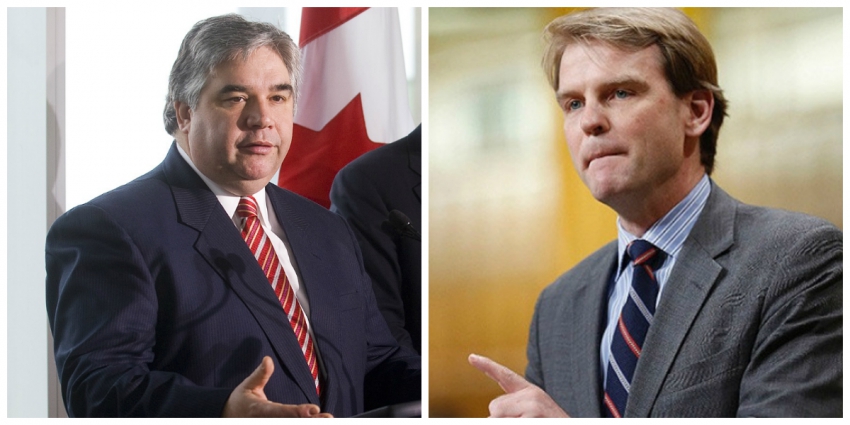 With the October 5 deadline for Canada’s 30-day mission in Iraq fast approaching, Chief of Defence Staff Tom Lawson held a lengthy meeting  with Prime Minister Stephen Harper and members of Cabinet this morning to discuss next steps – including the possibility of airstrikes on Islamic State extremist group ISIS (ISIL).

But Conservative ministers brushed off questions about Canada's role in Iraq and about what happened at the meeting, with Citizenship Minister Christopher Alexander suggesting it was rude for journalists be asking repeated questions on the topic.

Smiles, but no answers

When Government House Leader Peter Van Loan was pressed for answers following the cabinet meeting, Van Loan did not respond, merely walking past reporters while smiling.

When asked why he was treating Canada’s mission in Iraq as a joke, Van Loan defended himself, saying:

“I am not treating it that way – as Mr. Baird has said, if we do decide to engage in a combat mission it will be put to a vote in this House.

When reporters insisted that Van Loan had acted inappropriately in failing to respond to crucial questions, he denied the allegations.

“I think we’re being thoroughly accountable to Canadians, and we have initiated approval of Parliament, which was never in place ever before for combat missions,” he said, without confirming any timeline on when the matter would appear before the House.

Van Loan did not give any indication of when the matter would be put to a vote in the House of Commons. Some notable ministers, such as Veterans Affairs Minister Julian Fantino, were absent from the meeting.

Citizenship Minister Chris Alexander, meanwhile, refused to confirm that he was included in today's business on Iraq.

He snapped when pressed further, suggesting it was rude to ask about questions about the upcoming mission in Iraq.

“You’ve asked that question five times, it’s impolite,” said Alexander while still failing to answer whether or not he attended.  He suggested it was not "courteous" to continue asking after he issued his no-comment response.

Decision coming soon, but when?

Chief of Defence Staff Tom Lawson spoke to reporters, but revealed very little after the meeting.

“All advice has been given to the government for decisions,” he said evasively.

Lawson did not state whether Canada will be extending its mission in Iraq. “That’s not for me to provide,” he said, but hinted that there will be an imminent decision made by the Harper government.

“I think you’ll be seeing something from the government in the coming days ... before week’s end. You’ll have to look to the government for leadership on that”.

Prime Minister Stephen Harper confirmed Lawson’s assertions in Question Period today, saying government “will make a final decision on that within the next few days”.

So, despite a tearful apology from Conservative MP Paul Calandra last week for his non-answers on Iraq, Canadians are no closer to answers as government ministers continue to keep a veil of secrecy around the mission.