Mulcair vows to create more than 50,000 quality childcare spaces in the Vancouver area, at a maximum rate of $15 per day, with participating provinces. 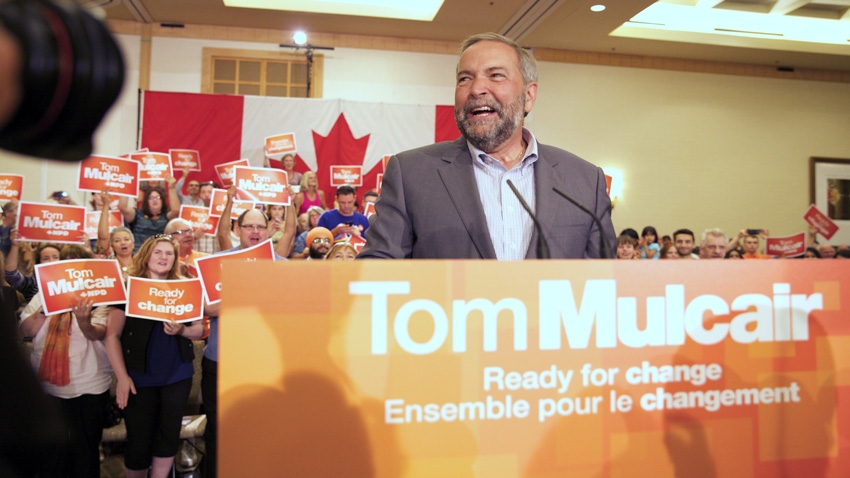 Prime minister hopeful Thomas Mulcair drew a crowd of more than 1000 to a Vancouver hotel Sunday. Photo by Mychaylo Prystupa

They wore their orange, they waved their signs, and they broke into chants of “Ready. For. Change” as the leader of the federal NDP vowed to tackle three issues near and dear to Vancouver constituents: childcare, transit and the biggie: affordable homes.

“You and I both know that British Columbians can’t afford another four years of Stephen Harper,” he said, winding up for his pitch on the NDP’s affordable childcare strategy.

“Here in Vancouver, parents are paying some of the highest childcare fees in the whole country, up to $15,000 a year,” he said, adding that “two out of three children don’t have access to regulated childcare at all.”

The NDP has pledged to create more than 50,000 quality childcare spaces in the Vancouver area, at a maximum rate of $15 per day, on a cost-share basis with 60 per cent assumed from the federal government and 40 per cent from participating provinces,” he told reporters following his speech.

“Every province will want to get involved,” he said. “It’s not only good for the families but it’s good for… employers.”

Mulcair tallied up the numbers of regulated childcare spaces created over the years by both the Conservatives and Liberals over the decades:

“Exactly zero,” he told the crowd.

But he earned the biggest reaction when he turned to Vancouver’s astronomically high-priced housing market.

“I believe affordable housing is a right, not a privilege,” he told the cheering crowd, “yet Vancouver remains the most expensive city in all of Canada in which to buy a home.” It’s bad for families and for the economy, he said.

“The lack of affordable housing is so bad that middle class families are being forced to leave Vancouver just to find a home they can afford.”

This city and the province cannot do it alone; he said. “They need a partner in Ottawa.” When later pressed by reporters, Mulcair pointed to the NDP’s plan to play a key role in funding affordable housing across the country. 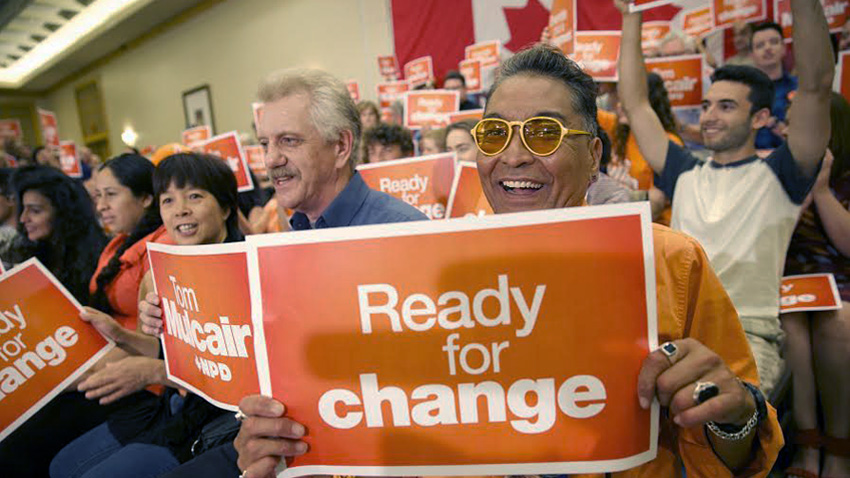 Supporters showed their party colours at the rally. Photo by Mychaylo Prystupa

“They can involve tax breaks using fiscal levers to try to kick-start the construction of new affordable rental houses both in the private sector and with social housing,” he said, addint. the NDP does not “shy away from talking straight up about the need for social housing, publicly funded housing and publicly owned housing."

It’s a question of choice: “An NDP government that believes in taking a positive role in helping create affordable housing for across this country and the Conservatives have thrown in the towel on it.” 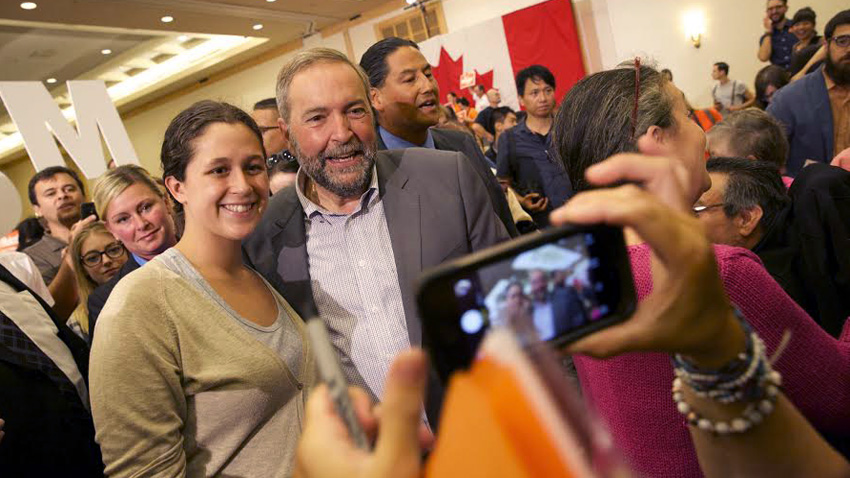 Finally, in his speech Mulcair tackled public transit by pointing out that Canada is the only OECD country without a national transit strategy. The federal NDP would invest $1.3 billion a year to meet the transit needs of growing cities like Vancouver, he pledged, in part by transferring more of the existing gas tax.

“As prime minister you will have a long-term, predictable, stable partner in transit to get the people of Vancouver moving.”

The federal NDP leader later told reporters that he’s “thrilled at the reaction we’re getting across the province.”

“The numbers that we’re hearing and seeing, the reaction we’re getting on the doorsteps allows us to be incredibly optimistic about winning a clear majority of seats here in British Columbia.”

— with files from Mychaylo Prystupa

FIGHT NIGHT: Breakout performance by May counts as a win for Harper