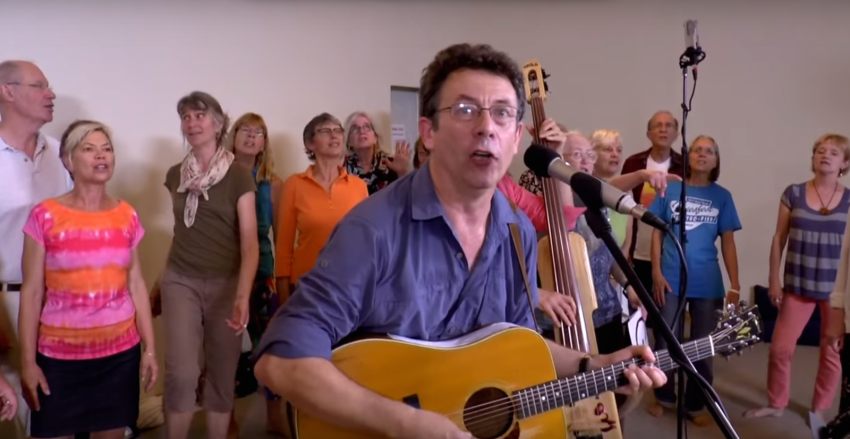 The Environment Canada scientist who's urging Canadians to singalong to his #Harperman protest song is now under investigation by the federal government.

Tony Turner, a scientist and member of the Ottawa songwriting collective, Writers' Bloc, is on paid leave while the government investigates him for political activities.

Instead of being at work mapping Canadian bird migrations, the singing scientist is free to promote a cross-Canada singalong of #Harperman on September 17, just a month before the 42nd federal election. He asks people to visit his website to learn the lyrics and join activity.