Oil, gas sites abandoned in B.C. 'like walking in a ghost town': survey 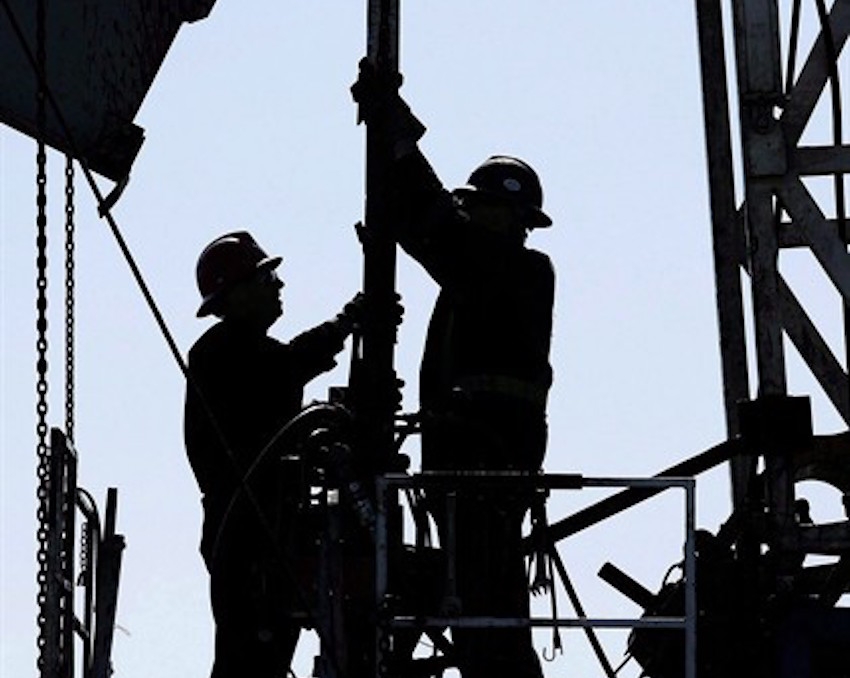 Pipes, wellheads, pumpjacks and even entire buildings are left abandoned in the British Columbia backcountry from oil and gas developments. Photo by The Canadian Press.

An environmental group is raising concerns about pipes, wellheads, pumpjacks and even entire buildings left abandoned in the British Columbia backcountry from oil and gas developments.

"We found that very, very few of all the wells we looked at had been what we consider properly restored," said John Werring, science adviser for the David Suzuki Foundation.

"Wellheads had been removed but all the casings were there. The ponds to collect process water were still on site. There were pumpjacks — entire pumpjacks — left in the field and had been there for 30 or 40 years."

Last August, Werring headed out to northeastern British Columbia in the Fort St. John region to assess how industry was cleaning up after itself. The team covered 4,000 kilometres of back roads in 10 days and assessed 35 sites, both well pads and facilities such as compressor stations.

According to information from the British Columbia Oil and Gas Commission, the sites had been dormant for an average of 14 years — although their ages varied from months to 41 years.

The commission has listed all the sites as either "abandoned" or "suspended" — designations that normally require significant cleanup.

Werring said only two of the sites — less than six per cent — appeared to have been cleaned up at all. In six of the sites, investigators discovered releases of poisonous hydrogen sulphide gas, either through its characteristic rotten-egg smell or by readings on gas monitors.

One gas plant seemed to have been left almost entirely intact.

"All the buildings, all the compressors, flare stacks, first aid shacks," Werring said. "It was essentially like walking into a ghost town, like somebody had turned off the switch and walked away and had done nothing to do any kind of site rehabilitation."

One investigator walked through an open gate into a building on a compressor station site that had been suspended since 2000.

"There was a coffee pot sitting there on a timer. The coffee pot was warm."

The oil and gas commission took issue with some of the report. Spokesman Alan Clay responded in an email that some of the wells the group visited weren't dormant, but were actually still producing.

Clay also said the commission took action in November 2013 on one of the wells referenced in the report.

"Remediation is ongoing and the responsible party is working to address the residual environmental concerns," Clay said in the email.

Provincial regulations require operators to reclaim sites before they are designated abandoned or suspended. But Werring notes the regulator may waive those requirements if they are judged not "reasonably practicable."

There are about 10,000 wells in British Columbia that are considered either abandoned or suspended.

But unremediated well sites are a problem throughout the energy-producing provinces.

In Alberta, the provincial regulator estimated in October there are nearly 21,000 inactive wells that don't meet cleanup guidelines.

In Saskatchewan, Premier Brad Wall recently asked for $156 million from the federal government to clean up old wells in the province, as well as put unemployed energy industry workers back on a payroll.

The B.C. commission has also clarified up its own rules. Last September, it broadened the definition of what equipment must be removed from dormant well sites.