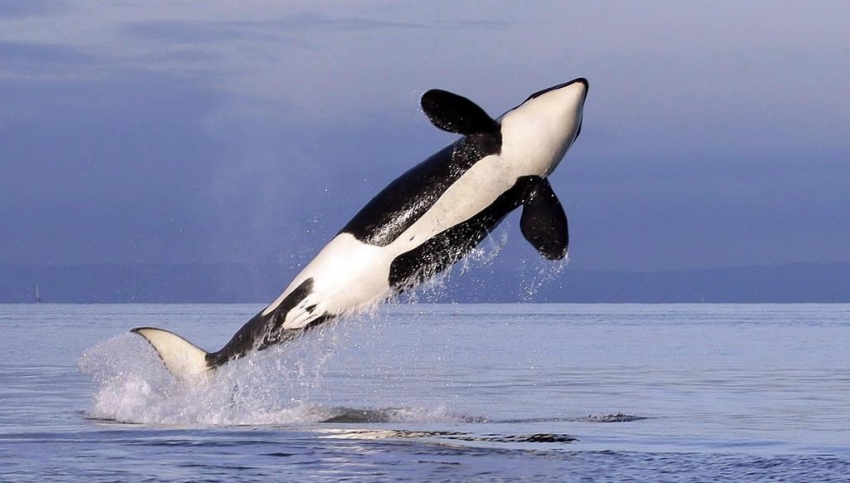 The federal government has released a recovery plan for an endangered population of killer whales likely to be in the path of increased oil tanker traffic off British Columbia's southern coast.

But environmental groups say the plan doesn't have enough concrete measures to bring orca numbers in the southern Georgia Strait back to healthy levels.

"There needs to be a real sense of urgency," said David Miller, head of the World Wildlife Fund Canada. "Just because we need more science doesn't mean we shouldn't act."

Late last week, Ottawa released an action plan for the recovery of two killer whale populations — one living in the central Georgia Strait and further north and the other inhabiting the southern part of the strait and south into American waters.

The northern population is considered threatened, but has been slowly increasing in recent years. The southern one, however, is not — its numbers are down to 71. It has been considered endangered — Canada's highest risk classification — since 2003.

"That is worrisome," said John Ford, head of marine mammal research for the Department of Fisheries and Oceans.

"The population is small enough now that they need every individual they can keep hold of.

"The population is very, very vulnerable. It could go either way."

Stocks of Chinook salmon, the whales' favourite food, have been declining. Industrial contaminants in the whales' bodies have been increasing — "the levels are very high, especially PCBs," said Ford.

Shipping traffic is noisy, disrupting the echolocation the whales need for social contact and hunting. If the Trans Mountain pipeline is built, another 350 tankers will sail through those waters each year — a small part of the expected increase in area vessel traffic.

On top of that, whales reproduce very slowly. Even under the best circumstances, it'll take at least 25 years for the population to recover.

That's why it's time to act, said Miller. He points out the recovery plan for the whales consists largely of long-term research plans.

"It really just commits to developing a plan. It's not really a plan."

"We've known for a long time about these problems," Miller said. "We have to act on the information we have."

But regulations have to be backed up by science, said Ford, and the science isn't there yet.

"It's a bit of a puzzle. Is it primarily food availability, is it degradation of their ability to find fish? ... These are the kinds of questions we have to tackle."

One study will try to find how well the whales can hunt in different noise environments.

"We're trying to get a very precise indication if there's thresholds beyond which the animals can't effectively forage," said Ford. "We don't know what those thresholds are."

Ford said scientists aren't even sure how many killer whales the region can realistically support.

Some rules are being readied, such as new regulations on how far boats need to stay away from whales.

Many of the research programs in the action plan won't yield final results for years. Ford said he can't guarantee that will save the whales.

"There's no assurances of that. Even a few years ago, things looked far more positive than they do today.

"We need to implement (this action plan) right away and complete this research as quickly as we can to answer some of these difficult questions."