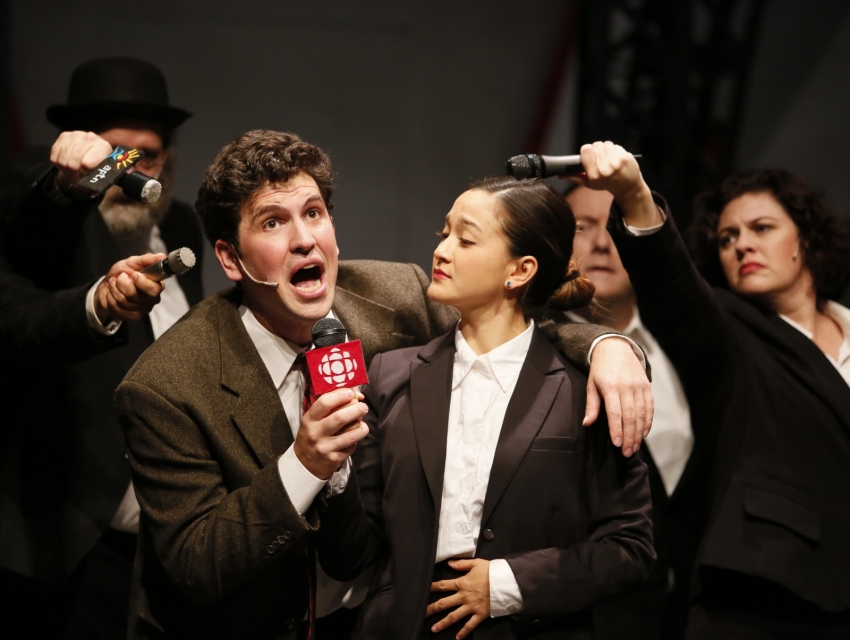 It's a best-selling book, a CBC mini series, and now a musical at the York Theatre.

"The Best Laid Plans" is a story that can be told many ways, but the musical version is definitely the most boisterous. It’s funny, entertaining, clever and timely… Canada’s political “The Book of Mormon.”

The musical stars Vancouver actor Nick Fontaine in the lead role as jaded, political insider Daniel Addison, who is a speechwriter for the Liberal Opposition leader. The story follows Daniel’s decision to abandon politics to teach “English to Engineers.”

But before he is allowed to bow out of speech writing, he is forced into a deal — find a Liberal candidate to run in an unassailable Conservative riding.

Daniel picks his new landlord, Scotsman Angus McLintock, (played by Andrew Wheeler) who has been teaching the English for Engineers class, and hating it.

They trade places, sure that Angus will lose the election, and Daniel can retire to a simpler life as a teacher. Or those are their best laid plans.

Governor General Award-winning and veteran playwright Vern Thiessen was given permission by novelist Terry Fallis to do as he needed with his best-selling book, "The Best Laid Plans," though Thiessen was careful to stay true to the book’s spirit.

“Terry was great. He basically was hands off, and that’s helpful for me… He was all-around supportive, kind of said, ‘Take my kid and take him for a ride,’” explained Thiessen. 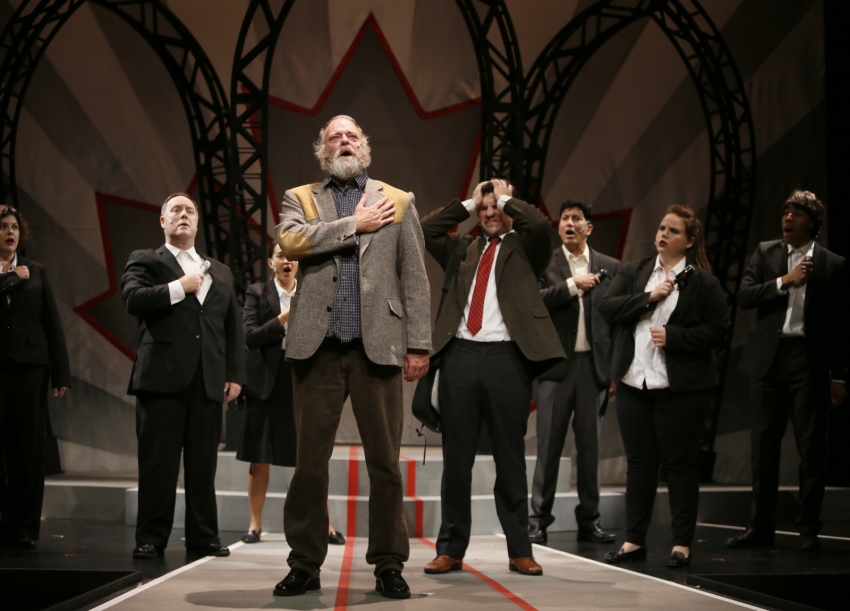 He made changes to Act Two.  The second half of the novel is a political polemic, which works perfectly in a novel, but not in a musical. Thiessen needed to add conflict, and to do that he developed the female lead, Lindsay, played by Meaghan Chenosky— and the tension between Angus and Daniel, who get into a brawl.

Part of the creative process developed through interaction with the composers. “It was so great working with these two ingenious young composers who are going to be superstars, I think. They are amazing, just out of this world. And to sit around with them and laugh our heads off was a lot of fun," said Thiessen about Benjamin Elliott and Anton Lipovetsky.

Merriment and energy carry the cast through quick costume changes (most play more than two roles) and the whirling of props and furniture around the stage. The set background, designed by Drew Facey, is an image of giant maple leaf that constantly changes colors, and opens as an entrance to the stage. 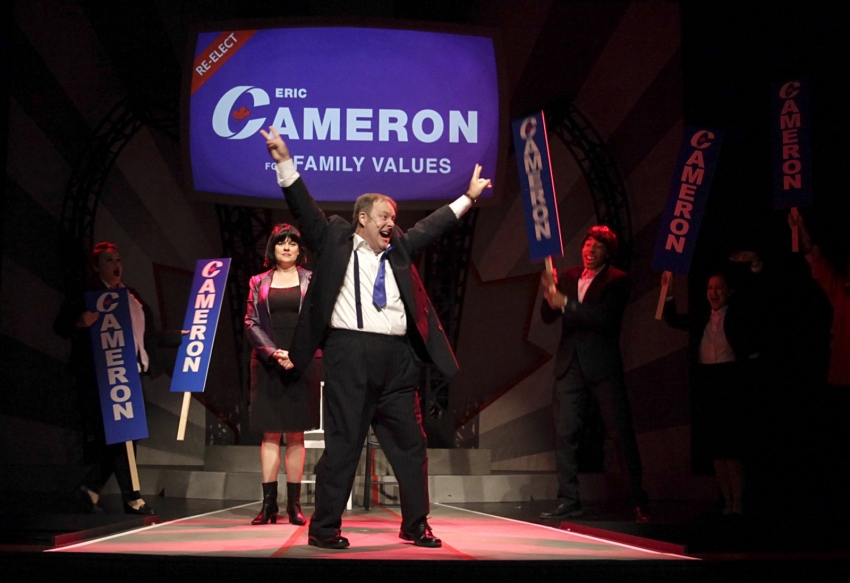 In some scenes, a drop down screen displays projections —  a Conservative television ad that includes the mourning widower at grave shot; and later, a news clip of the same candidate caught in his diapers, role playing with his campaign manager.

There’s not a Canadian symbol missing from Leonard Cohen to maple syrup, from Celine Dion to Robert Ford, from bacon to family values. There’s even a magical grizzly bear, to represent the dark side, but not too dark. The grizzly is a rapper.