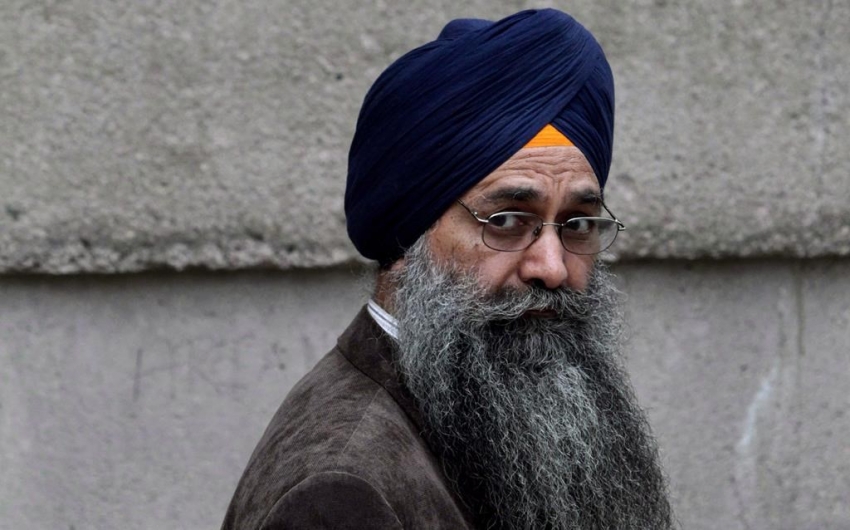 Inderjit Singh Reyat was convicted of perjury for his testimony the Air India bombing case. Photo courtesy The Canadian Press.

A man convicted of perjury for his testimony during the trial of two men accused in the 1985 Air India bombing has been allowed to leave a halfway house and live wherever he likes.

A Parole Board of Canada decision posted online by the CBC shows the condition that required Inderjit Singh Reyat to live at the halfway house following his release from prison last year has been removed.

Reyat was accused of perjury in 2006 for repeatedly lying during his testimony at a trial into the bombing deaths of more than 300 people.

In 2010, he was found guilty and sentenced to nine years in prison.

Reyat pleaded guilty in February 2003 to manslaughter for supplying bomb parts housed in a suitcase that exploded aboard Air India Flight 182, which crashed into the Atlantic Ocean after leaving Montreal for London with 329 people aboard.

The plea agreement made him the only person ever convicted in the attack.

The parole board could not be reached for comment on the decision posted by CBC.

The latest parole board decision says Reyat's case management team has reported that he has been following all of the conditions of his release, and there is no evidence that he is communicating with people who may hold extremist views.

The decision, which is dated Jan. 26, says Reyat is attending ongoing counselling to address "cognitive distortions" and violent behaviour, and is at a low risk to reoffend, unless there was a threat to his "Sikh cause."

"Your (case management team) has indicated that a number of measures will be put in place in order to adequately monitor your risk, should the residency condition be removed," the decision posted by CBC says.

There are still a number of conditions imposed on Reyat, including that he not participate in any political activities, access extremist propaganda or possess anything that could be used to build an explosive device.

He is also prohibited from contacting the victim's families and he must continue counselling.

Reyat became eligible for statutory release in January 2016 after serving two-thirds of his nine-year sentence for lying at the trial of two other men charged in Canada's worst mass murder 30 years ago.

Ripudaman Singh Malik and Ajiab Singh Bagri were both acquitted of mass murder and conspiracy in March 2005.

As part of his plea agreement in the middle the bombing trial, Reyat received a controversial five-year sentence in exchange for testifying against Bagri and Malik.

Reyat had already served a decade behind bars for another bombing on the same day when a suitcase meant for a second Air India plane exploded at Tokyo's Narita Airport, killing two baggage handlers.

Almost half the doomed Air India passengers were Canadian kids

The lost tapes of the Air India investigation