Twenty-one municipalities and 17 First Nations opposed the Kinder Morgan Trans Mountain expansion currently under federal review. Here's what protesters had to say about the project in Vancouver on Wednesday. 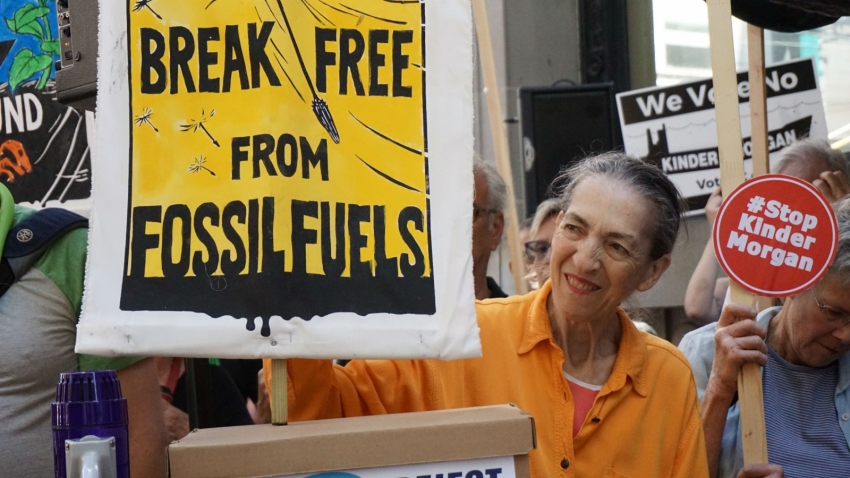 Roughly 300 people took part in a mass protest on streets of Vancouver on Wednesday to voice their opposition to the proposed Kinder Morgan expansion project.

Municipal surveys have shown that roughly 80 per cent of residents oppose the Trans Mountain expansion, which if approved, would add 980 kilometres of brand new pipeline to triple the capacity of a system that already transports 300,000 barrels of oil per day from the tar sands to refineries and terminals in Vancouver and Washington.

In total, more than 20 municipalities and 17 First Nations have rejected it, despite Kinder Morgan's claims that it will contribute $46.7 billion in taxes and royalties to government coffers over 20 years, as well as creating 15,000 construction jobs per year during peak construction, and 37,000 direct, indirect and induced jobs per year of operation.

The protesters carried more than 140,000 petition signatures against the pipeline from across the country into a federal government panel meeting designed to collect public feedback.

Here is the incredible movement in photos by National Observer reporter Elizabeth McSheffrey.

Who will speak for us? 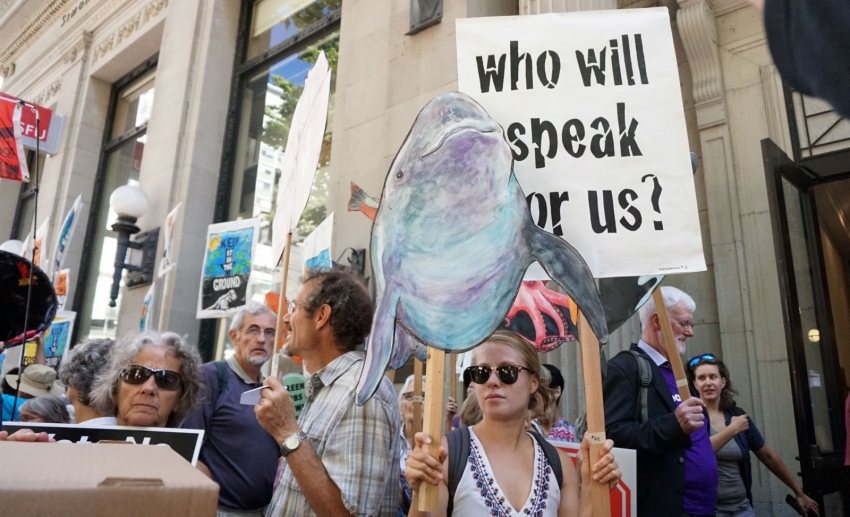 Dozens of protesters waved signs depicting the various aquatic species that would be threatened by an oil spill on British Columbia's beautiful coast. The Trans Mountain expansion threatens to increase tanker traffic in Vancouver's waters by 600 per cent.

The National Energy Board is a "paper tiger" 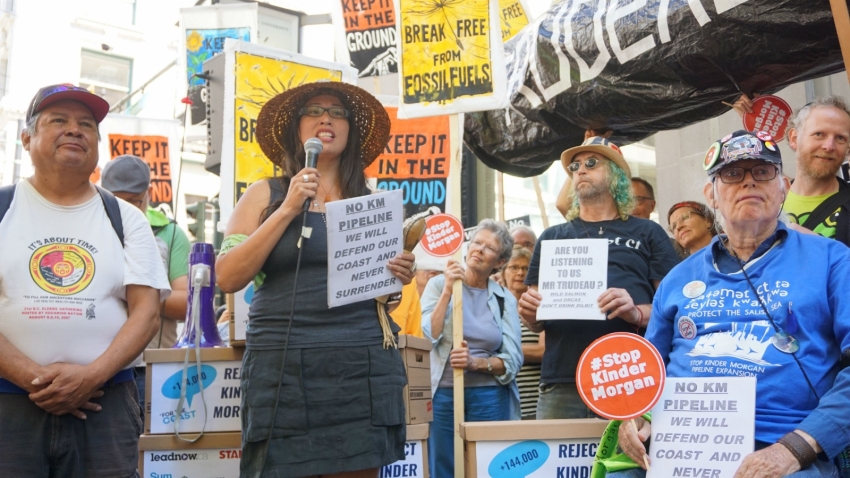 According to Musqueam First Nation activist Audrey Siegl, the country's pipeline regulator - the National Energy Board - is a "dog without teeth" and a "paper tiger," compared to the power of Indigenous brothers and sisters, and protesters across the country who are fighting the Trans Mountain pipeline expansion. 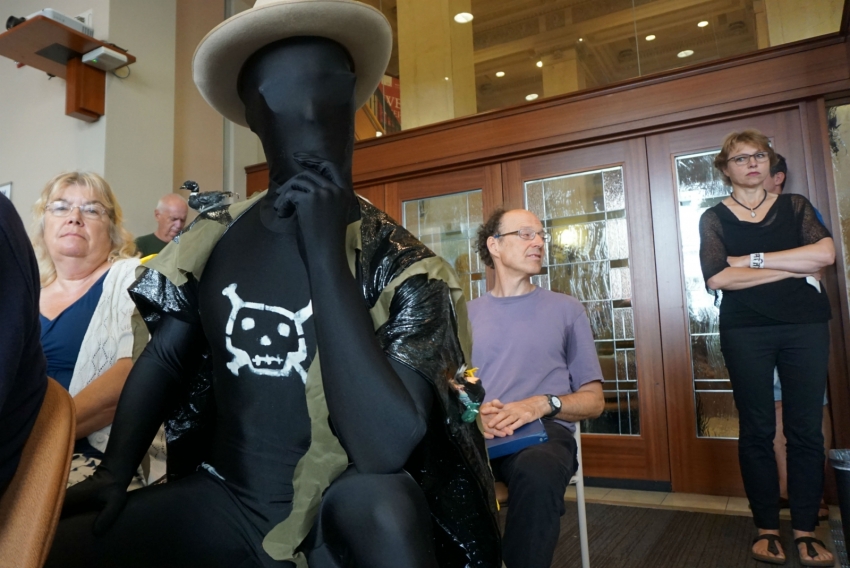 A faceless protester who goes only by the name of diluted "Bitu-Man," sits in on the federal government panel's community consultation on the Kinder Morgan Trans Mountain expansion in Vancouver on Wed. Aug. 17, 2016.

Keep it in the ground 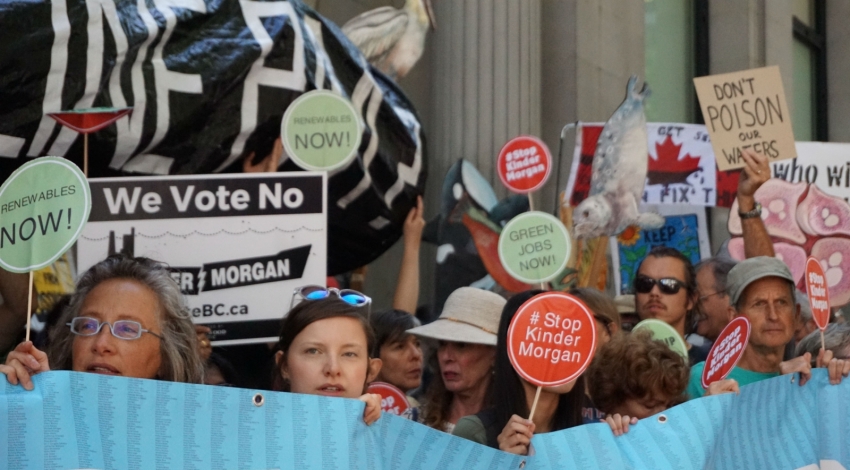 According to calculations by the environmental advocacy group, Stand, nearly 90 per cent of participants in the federal government's Trans Mountain expansion panel consultations have voiced opposition to the controversial pipeline project. 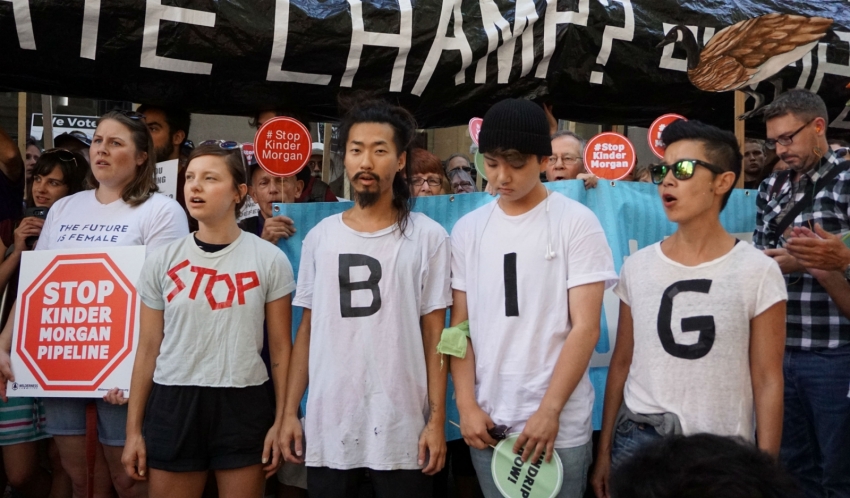 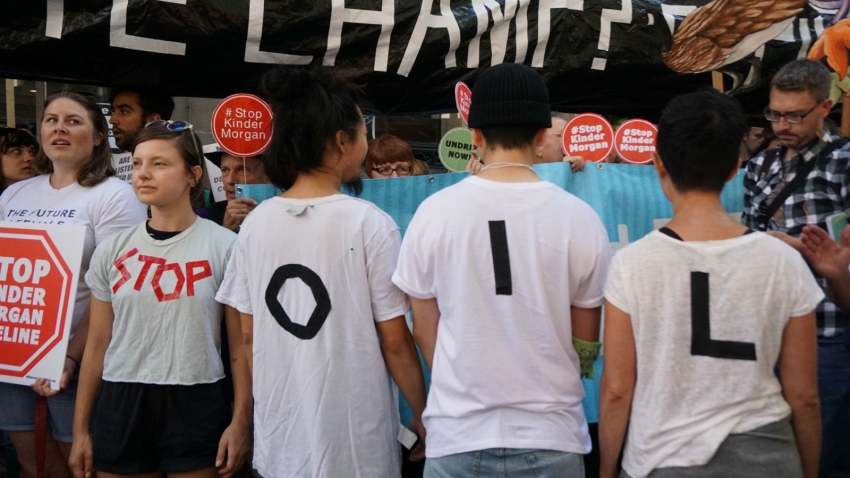