PHOTOS: Will and Kate's action-packed day in Vancouver 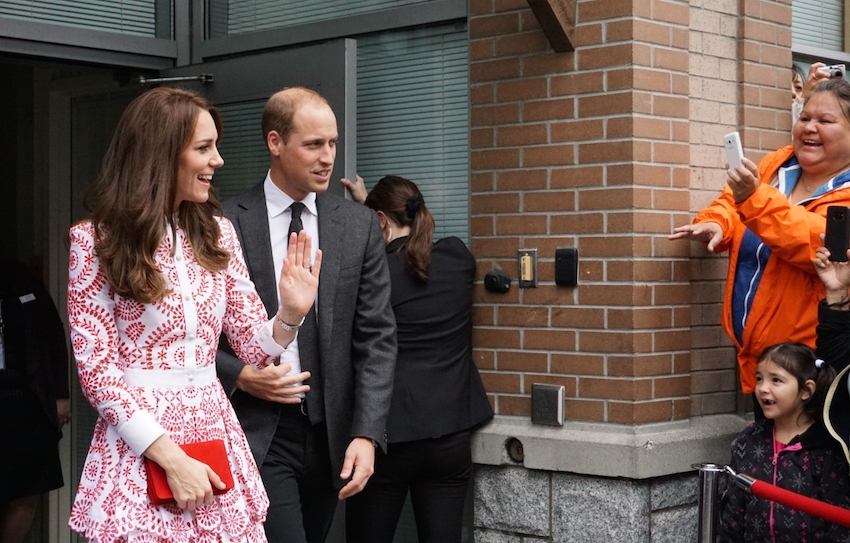 The Duke and Duchess of Cambridge greet adoring fans outside of Sheway Vancouver, an outreach program for pregnant women at risk in Vancouver's Downtown Eastside, Sun. Sept. 25, 2016. Photo by Elizabeth McSheffrey.

Thousands of adoring fans flocked to designated hot spots in Vancouver this weekend, hoping to catch a glimpse of, or perhaps even a handshake from Their Royal Highnesses, the Duke and Duchess of Cambridge.

1. Trying to squeeze through the crowds

The line up to see Will and Kate in Vancouver's infamous Downtown Eastside stretched the length of several city blocks, took up the entire width of the sidewalk, and spilled into the opposite side of East Hastings Street. Most waited for more than an hour in order to catch the couple enter Sheway Vancouver from their motorcade and watch them leave for their next destination. They Tweeted, Snapchatted, and Instagrammed the proceedings, and a few lucky fans in the front even got to shake the royals' hands.