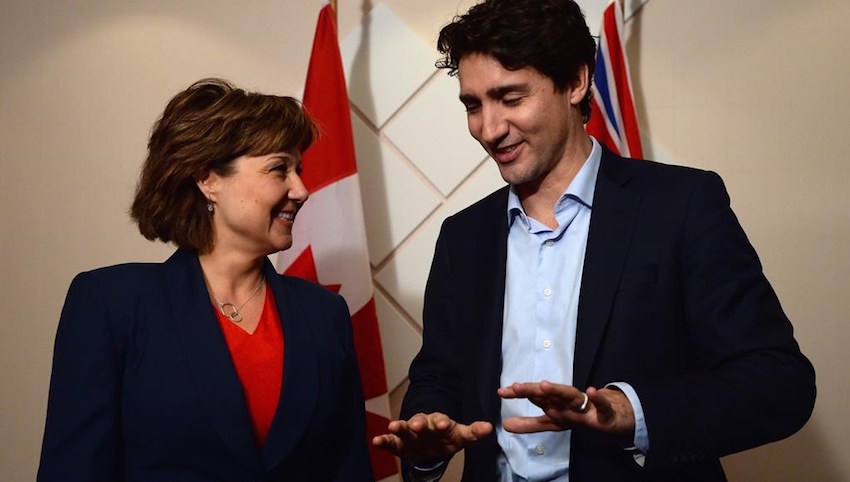 Following a tour of Canadian Forces Base Esquimalt near Victoria on Thursday, Trudeau said his government is taking the crisis seriously and monitoring the situation closely.

In his last visit to British Columbia in December, Trudeau said he met with people in the Vancouver's Downtown Eastside who raised concerns about expanding hours for safe consumption sites.

He said the recently announced $10 million of federal funds for the province is aimed at improving the response to the crisis.

While legislation to legalize marijuana is planned to be introduced before the summer, Trudeau said it's the only illegal drug under review.

He said regulating the sale of marijuana will protect young people and take money away from criminal gangs, but the government is drawing the line at pot when it comes to legalizing illicit drugs.

"We are not planning on including any other illicit substances in the move towards legalizing and controlling and regulating," he said.

Despite his comments, the issue of pot shops which are rampant in several B.C. municipalities including the capital Victoria was not raised during his meeting with the city's mayor Thursday afternoon.

Premier Christy Clark met with Trudeau on Thursday evening in Vancouver, but no details about their discussion have been released.

Trudeau will be taking questions today at a conference for the Young President's Organization, a group that supports and connects young chief executives of companies around the world.