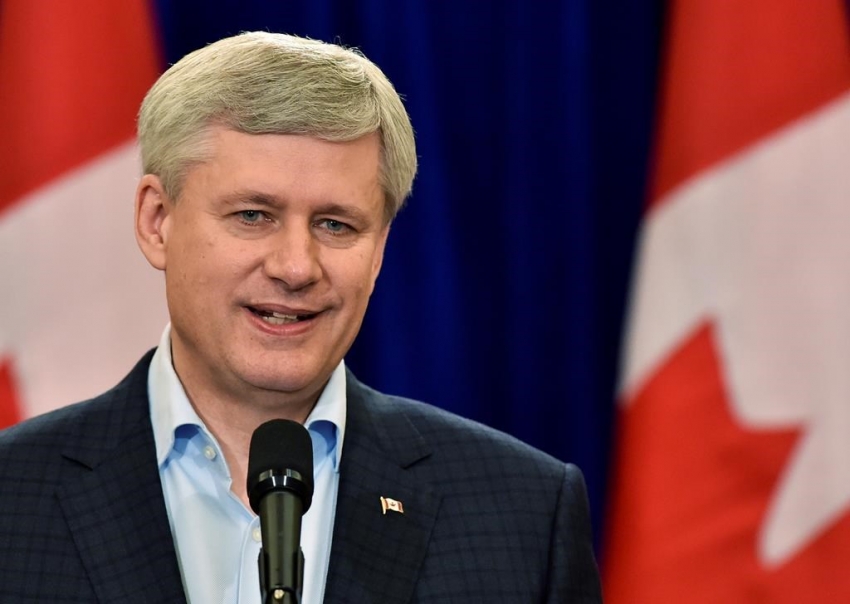 VANCOUVER — Stephen Harper is interfering with Canada's justice system in an election advertisement that unfairly puts the label "criminal" on a father who killed his children while extremely mentally ill, say the man's lawyers.

In the minute-long radio ad, the Conservative leader references "the tragic story" of Allan Schoenborn, who in February 2010 was found "not criminally responsible" on account of a mental disorder.

"We Conservatives believe that public safety must be the primary consideration in deciding how to treat criminals like that," Harper says in the ad that broadcast on Thursday.

Harper's message has aired as Crown prosecutors in British Columbia test a new Conservative law that includes provisions for locking up mentally ill offenders indefinitely. On Tuesday, they will return to B.C. Supreme Court in their bid to designate Schoenborn a "high-risk" accused.

Schoenborn's lawyers, along with two of the country's foremost experts on mentally ill offenders, strongly object to the ad.

"It's just wrong for Mr. Harper to use Mr. Schoenborn's case to obtain political leverage in an election," said lead counsel Peter Wilson in an interview. "Mr. Schoenborn's been made the posterboy."

Politicians rarely speak publicly about a case while it's before the courts.

Five years ago, a judge found that Schoenborn was suffering psychosis when he stabbed his 10-year-old daughter and smothered his two sons, eight and five, at their Merritt, B.C., home.

The outcome of the trial exempted Schoenborn from criminal responsibility, Wilson said. A judge ordered his treatment in a psychiatric facility, rather than punishment.

"The tradition in Canadian law, long-standing, is that we do not treat mentally ill people the same as we treat other offenders," he said, before referring back to the ad.

"It's misinformation, and the prime minister should know better."

Rishi Gill, who also represents Schoenborn, said the lawyers know the killings were horrific — their goal is to uphold the constitution.

The family of Schoenborn's victims has frequently praised the new law, Bill C-14. They've been highly critical of recently approved escorted day passes for Schoenborn from the forensic hospital where he's being held.

Spokesmen for the Conservative campaign did not reply to requests for comment.

The leaders of independent tribunals mandated with upholding the rights of mentally ill offenders in B.C. and Ontario also balked at the ad. They said public safety is always paramount.

"I would suggest that the prime minister ... (has) never demonstrated any sound or deep understanding of how the legal system works," he said.

Research paid for by his own government doesn't support Harper's position and instead the ad will only further stigmatize the mentally ill, he added.

The new provisions can be viewed as tougher than penalties for people found criminally guilty, because sentencing generally sets a fixed term of incarceration, he said.

Justice Richard Schneider, chairman of the Ontario Review Board, said experts have made exhaustive efforts to educate Conservative government members who advanced the criminal code changes.

"(What) does not seem to be penetrating is that they are taking the wrong road to public safety," he said.

"Harsh treatment of the mentally ill ... and fettering of Review Boards' discretion will do nothing but make the public less safe."