Pollsters and planners ‘not surprised’ by results of transit plebiscite

'It was designed from the beginning to fail,' says regional planner Stephen Rees. 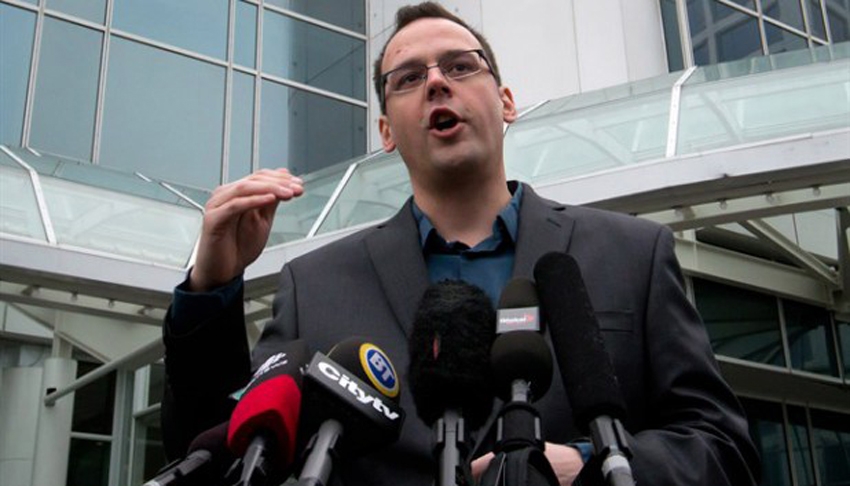 Jordan Bateman, B.C. director of the Canadian Taxpayers Federation, was a leader in the 'No' campaign. Canadian Press file photo

Only minutes after the results of the Metro Vancouver transit referendum were released Thursday, pollsters, planners and members the public peppered social media with their reactions. Many weren’t surprised by the rejection of the 0.5-per-cent tax increase, which would have generated $7.5 billion over a decade to pay for more buses, roads, an extended rapid transit line and a new bridge.

“I don’t think it was supposed to pass,” regional planner Stephen Rees told the Vancouver Observer. “I think it was designed from the beginning to fail.”

Rees, a former employee of the Greater Vancouver Transportation Authority, wrote extensively about the transit referendum on his blog, and said the No campaign’s personal story gave it an edge over the proposal’s supporters.

“You can’t defeat an emotional story which says, ‘We can’t afford it, it’s too much, TransLink is wasteful,’ with dry, boring, dull facts and figures,” he explained. “People had already made up their minds long before the analysis and careful presentation of why this might actually work.”

READ: Results of the plebiscite

The highly-anticipated results were posted on the Elections BC website this morning, revealing 61.68 per cent of voters opposed to the tax hike, and only 38.32 per cent supported it.

The highest percentage of ‘no’ voters were in Langley, Maple Ridge and Richmond, and only of three municipalities — Bowen Island, Belcarra and Metro Vancouver Electoral Area, which includes UBC and parts of North Shore — actually voted ‘yes.’

Pollster Barb Justason of Justason Market Intelligence said she wasn’t surprised by the news, and theorized that the ‘Yes’ campaign’s scare tactics didn’t sit too well with the public.

“I know that on the ‘yes’ side — I wouldn’t say it was misinformation — a good amount of fear was attached to this not going through,” she explained. “I don’t know that that was the kind of message people wanted to hear; ‘if you don’t do this, you’re against transit.’”

Supporters of the tax hike argued that transit upgrades are needed to accommodate one million new residents expected to move to the Vancouver area over the next 30 years, but opponents say priority projects could be built through other means.

Local mayors are now calling on the province to find a way to fund these upgrades, now that the public has put its foot down. There’s “no Plan B” to come up with the cash said Vancouver Mayor Greg Robertson after the results were released.

“It’s very difficult to work out how we might get different projects advanced, how we would access the funding from the provincial and federal governments and get those projects on track,” he told reporters during a news conference.

Indeed, even those disappointed by the rejection of the tax increase have turned their eyes towards the future. Iain Black, president and CEO of the Vancouver Board of Trade, made a public statement expressing his commitment to finding new solutions.

“While we are understandably disappointed with the result today, we respect the decision made by voters, and will now shift our focus to ‘What’s next?’,” he wrote. “The Vancouver Board of Trade will take some time to digest these results and come up with options that will best serve our Members — business owners and job creators across Greater Vancouver.

More detailed analysis of the referendum results and their implications for local transit are expected soon.

— with files from Canadian Press