Documents leaked to the Vancouver Observer show that Clark was a partner in a lobbying firm contracted by Enbridge Inc. that operated from her former residential address. 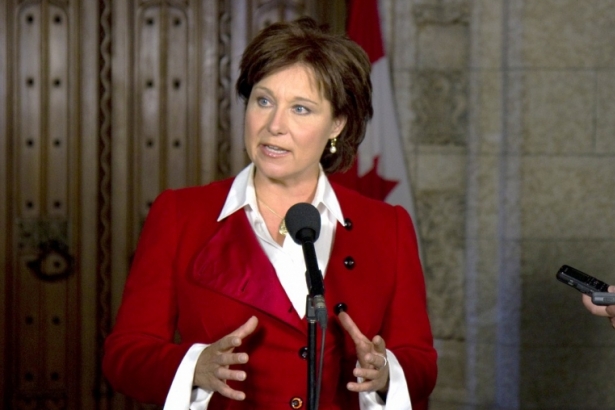 B.C. Premier Christy Clark was a partner in a lobbying firm that was contracted by Enbridge and lobbied the federal government on the company's behalf, according to documents obtained by The Vancouver Observer. The documents originate from the years when Clark stepped away from politics.

The Premier's spokesperson, however, stated that Enbridge was no longer a client of the firm by the time she joined the firm.

The firm was located at Clark’s then-primary residence at 511 San Remo Drive in Port Moody, BC – where Clark was the former provincial MLA for Port Moody/Burnaby Mountain. The registration was later switched to an address on Granville Street in Vancouver, BC.

"(Clark) never worked for Enbridge and by the time she briefly worked at Burrard, Enbridge was no longer a client," her press secretary Sam Oliphant said today.

Clark's ties to the lobbying firm for Enbridge appeared to have ended entirely when she became Premier, but she later raised eyebrows by appointing Ken Boessenkool, a former Enbridge lobbyist and advisor to Prime Minister Stephen Harper, as her chief of staff in 2012.

Her ex-husband's name was among those lobbying for Enbridge on behalf of Burrard Communications. The other Enbridge lobbyist at the firm, John Fraser, later became Clark's assistant deputy minister for strategic planning and public engagement. According to a media report in 2006, she was slated to join the firm as an equal partner. 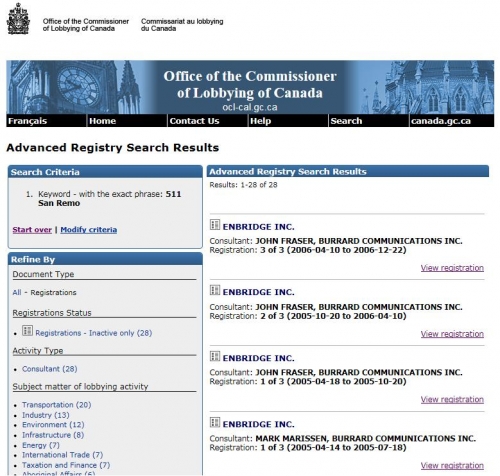 Screenshot from Office of the Commissioner of Lobbying website.