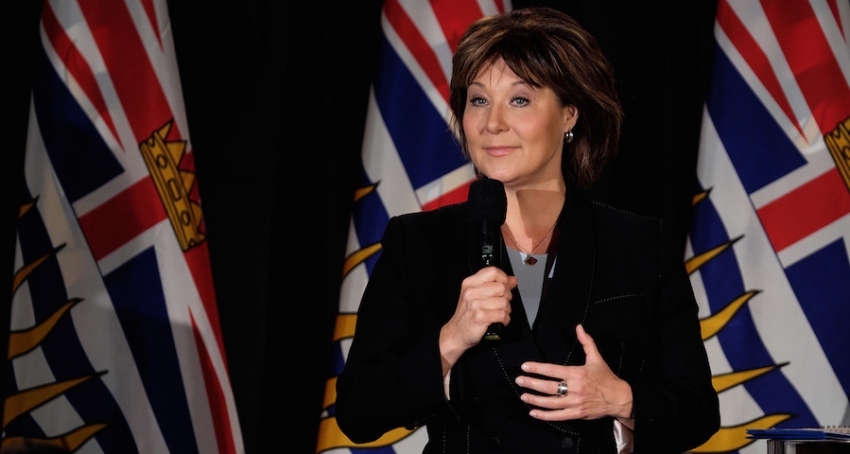 A decision by the government of British Columbia to approve the Trans Mountain pipeline is "tainted" because of a conflict of interest that saw the premier and her political party receive more than $500,000 from the project's proponents, a court petition alleges.

The petition is the latest in a string of legal challenges aimed at blocking construction of the pipeline between the Edmonton area and Burnaby, B.C. The expansion would nearly triple the line's capacity and increase tanker traffic sevenfold along B.C.'s southern coast.

The petition says based on data from Elections B.C., $560,000 in political donations were made over six years to B.C.'s Liberal party by Kinder Morgan and various oil shippers interested in using the pipeline.

The pipeline approval is "tainted by money," the petition says.

"A reasonable, informed and thoughtful person, after thinking about it for a while, would think that the premier and the ministers would have at least been unconsciously affected by more than $560,000 in payments to the Liberal Party of British Columbia," it says.

None of the allegations have been proven in court.

"The province's clear, consistent and principled position on its five conditions has resulted in tangible and significant investments that will protect British Columbia's environmental and economic interests," it said.

Clark set out five conditions for her government's approval of the pipeline, which included a successful environmental approval process and a fair share of its economic benefits.

Trans Mountain and PIPE UP Network did not immediately respond to a request for comment.

Duff Conacher of Democracy Watch has advocated for a ban on all donations by businesses, unions and other organizations, similar to changes introduced in Quebec

"It's important for every government decision to be made by politicians who do not face even the appearance of a conflict between their private interests and their duty to uphold the public interest," Conacher said in an telephone interview.

Six of the 12 companies that signed transportation service agreements with Kinder Morgan related to Trans Mountain donated more than $330,000 to the B.C. Liberals, the legal documents say.

Trans Mountain received provincial approval on Jan. 11 after the federal government gave the project the green light provided it meet the 157 conditions laid out by the National Energy Board.

Note to readers: This is a corrected story. A previous version said Premier Christy Clark and Natural Gas Minister Rich Coleman were unavailable for comment.