Known as the West Coast of Europe, Portugal brings a longing for more great music to the 10th anniversary PuSh Festival. 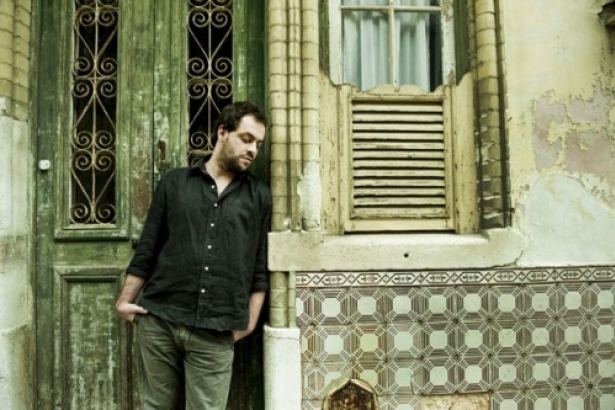 Back in 1494 when the Pope signed the Treaty of Tordesillas, he effectively divided the world in two: the Spanish half and the Portuguese half. Back then he could not possibly have foreseen how this arbitrary decision would result in a dearth of Portuguese cultural knowledge in distant Vancouver.

Fortunately, a visit on the final night of the PuSH festival by Portuguese Fado artist António Zambujo has raised awareness of this sublime and subtle art form. Fado is Portugal’s national treasure, a melancholic genre of song all its own that once you've heard it, you'll never forget.

Fiona Black, Director of Programming and Associate Managing Director at Cap U, introduced the Zambujo concert on the closing night of PuSH by categorically declaring her love of Portuguese culture and its people: “The best thing about Portugal is, well, the Portuguese”, she said.

I reached her after the concert and she also had a lot to say about Fado music itself: “I feel Fado captures very well the spirit and heart of the people of Portugal.  They have a word ‘saudade’ which can roughly be translated into a romantic longing for love, home, family.  This is essential to understanding the character of the Portuguese.”

I agree. Like crumbling Manueline architecture (nobody does decay like the Portuguese), Portugal has long since accepted the afterglow of its once great empire to spend more time with family. Even so, its culture, music, and language (sixth most spoken in the world!) continue to reign.

Zambujo is in effect a musical messenger for tourism Portugal (often advertised by the way as “The West Coast of Europe”) and, along with a packed house of Fado enthusiasts at Cap U, I listened to Zambujo dreaming of a return to that gloriously faded land.

Zambujo’s Fado is more happy than sad, but it's the sad that makes it work so well. As Fiona Black described it, “Fado captures the pathos and romance without any hint of false sentiment. One hasn't truly experienced Portugal until you visit the ancient Fado houses located in the Alfama district of Lisbon.”

Right off the bat, Zambujo’s Fado is an interesting twist on tradition. Having roved the legendary Fado haunts of the Alfama district myself, my ears strained for that earthy and honest traditional Fado, but Zambujo is more elegant than that. Of course the requisite Portuguese guitar (aka Fado guitar) was present, but other instruments had been added (notably clarinet/bass clarinet and trumpet/flugelhorn), which actually worked so well this combination could qualify as a new standard instrumentation.

While his music is often compared with João Gilberto and the Brazilian jazz legends, it often departs from that unmistakably traditional Fado sound. With his four musicians blending in perfect proportion, he more than sells his twist, but even so, after the concert I found myself revisiting his earlier traditional album, O mesmo Fado, to get my hit of traditional Fado.

The tenth anniversary edition of the PuSh Festival has finished up leaving us with a longing for more. As Director Norman Amour put it, “Something astonishing just happened”, so congratulations to PuSH for bringing such great international artists to our city!