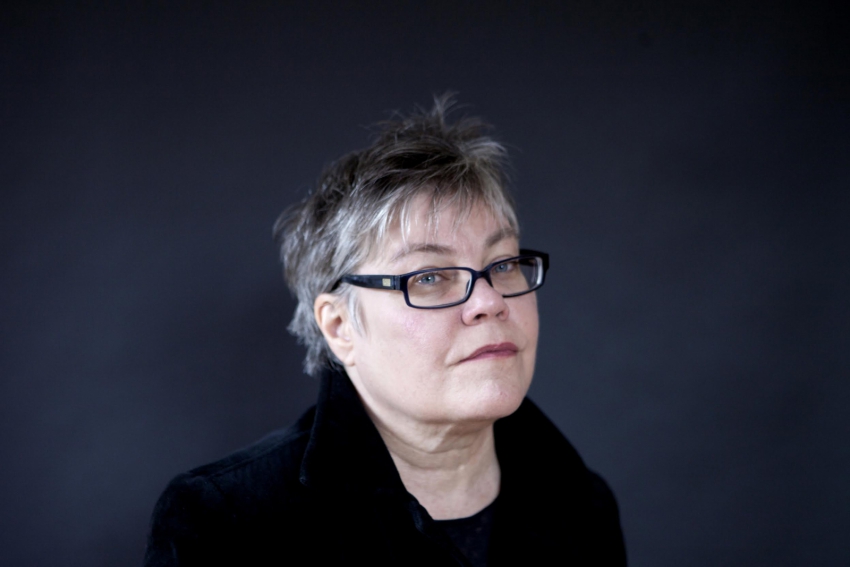 It's a huge shame that Alanna Mitchell's Sea Sick isn't playing on big screens around the world, as Al Gore's An Inconvenient Truth once did. Her story about ocean acidification amid global warming is every bit as riveting and important to watch. The play, directed by Franco Boni with Ravi Jain, developed out of a talk she was giving on her award-winning book by the same name.

Mitchell is a non-actor (she's a former science journalist at the Globe and Mail), and a prairie girl raised in Saskatchewan, to boot. She's as surprised as anyone that she's now traveling to stages across Canada, baring her soul as she talks about her journey with marine scientists across the globe.

The austere stage at the Roundhouse is virtually devoid of props, save a few objects like a blackboard, a pitcher of vinegar, a shell, a piece of chalk.

Yet 80 minutes flies by because of Mitchell's inspired storytelling. Mitchell is the daughter of a scientist (an expert on the pronghorn antelope), and a painter, and she knows that scientific hard data requires an artist's touch to move hearts and minds.

Her accounts are filled with elegant poetry, such as when she talks about the "blazing, bald, blackened islands" of the Galápagos, where her hero Charles Darwin discovered evolution.

By now, most climate-aware audience members are familiar with the phenomenon of ocean acidifcation (thanks to books like Sea Sick), but it's a riveting experience to hear about the discovery of human-driven climate change turning the water "warm, breathless and sour," inhospitable to marine life.

She remembers her interactions with scientists who were just starting to grapple with how warming acid waters were starting to kill fish and suffocate life out of oceans. Mitchell recalled that one scientist, Joan Kleypas, was so shocked when she first heard of the changing chemistry of the ocean that she ran to the bathroom and threw up.

The play asks deep questions about our culture, our relationship with nature and how we expect to preserve the earth for future generations. Asked how she feels about Canada's current policies on climate change, Mitchell said the government is doing a "poor job" and knows it, but that the problem had less to do with Prime Minister Harper, and more about climate policy not being important enough yet to make or break elections.

Terrifying, laugh-out-loud funny, and ultimately hopeful, Mitchell's Sea Sick is a must-see at the PuSh Festival, playing at the Roundhouse Community Arts Centre tonight at 8 p.m. See here for tickets.