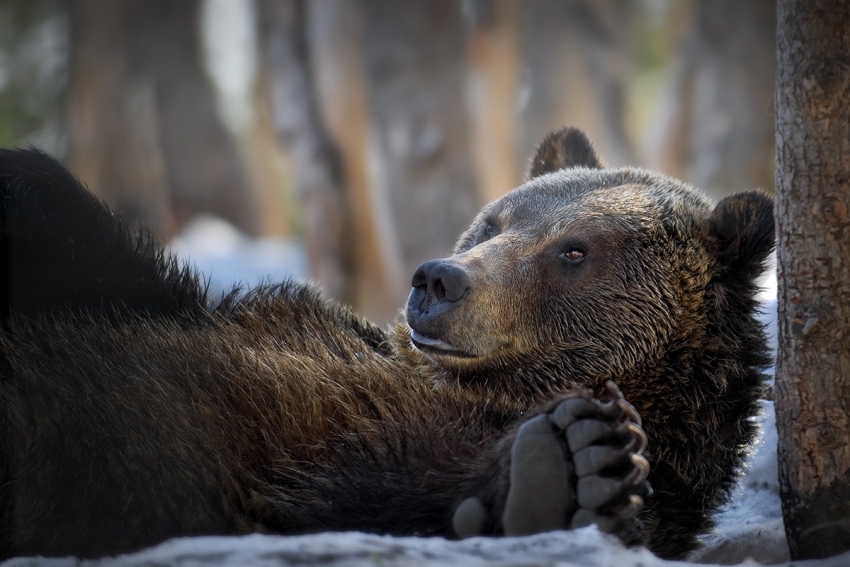 The majority of British Columbians living in rural ridings oppose trophy hunting of grizzly bears, a poll conducted by Insights West on behalf of the Commercial Bear Viewing Association has found.

The results, based on a telephone study conducted in late January, show that 74% of voters in five rural ridings with strong hunting traditions are opposed to the trophy grizzly hunt.

The results align with a 2015 Insights West survey, where 91% of British Columbians voiced opposition to trophy hunting. This is the first in-depth poll carried out to gauge attitudes to this issue in the Interior.

The percentage of voters who opposed the trophy hunting of grizzly bears stands at 81% in Kamloops North Thompson, 79% in Boundary Similkameen, 78% in Fraser Nicola, 66% in Cariboo North and 65% in Kootenay East.

“This poll categorically shows that there is no urban-rural divide on the issue of grizzly trophy hunting, something that has been asserted endlessly by politicians,” says Julius Strauss of the Commercial Bear Viewing Association.

“British Columbians want an end to trophy hunting by a clear majority, even in deeply rural ridings with strong hunting traditions. It's time government policy reflected that reality.”

“Few voters who cast a ballot for either of the two major provincial parties in 2013 are satisfied with the status quo on grizzly trophy hunting,” says Mario Canseco, Vice President, Public Affairs at Insights West. “Voicing support for the current state of affairs is not bound to be a winner with voters at their doorstep.”

The Commercial Bear Viewing Association represents the interests of bear-viewing operators in British Columbia. Its purpose is to develop guidelines and policies for the industry and make recommendations to government. It is calling for a ban on the hunting of grizzly bears in the province, a move that it believes would make environmental and economic sense.

Insights West is a progressive, Western-based, full-service marketing research company. It exists to serve the market with insights-driven research solutions and interpretive analysis through leading-edge tools, normative databases, and senior-level expertise across a broad range of public and private sector organizations. Insights West is based in Vancouver and Calgary.

Results are based on a telephone study conducted by Insights West from January 24 to January 31, 2017 among 400 voters in Boundary-Similkameen, Caribou North, Fraser Nicola, Kamloops-North Thompson and Kootenay East provincial constituencies. The data has been statistically weighted according to Canadian census figures for age, gender and region. The margin of error – which measures sample variability – is +/- 4.9 percentage points.