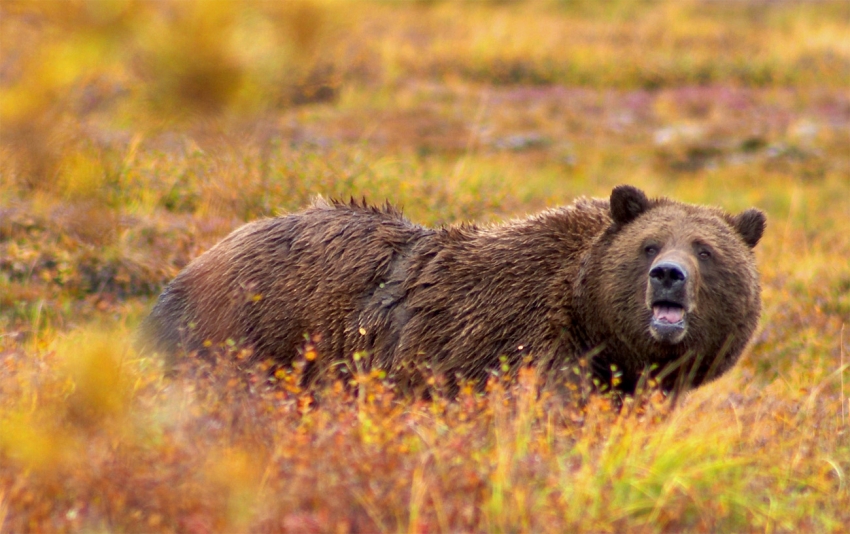 A Grizzly Bear in the wild. (Wikimedia Commons).

ORONTO — A Scottish man says he's recovering after being attacked by a grizzly bear while climbing in the Rocky Mountains.

On his Facebook page, Greg Boswell says he's "OK, just a little shook up and sore."

Boswell, 24, says that after the attack, which left him with gashes in his lower leg, there was a three-hour descent from their camp, followed by a two-hour drive to hospital.

Boswell posted after being treated in hospital that he's "all stitched up now and on the mend" following Sunday night's encounter with the bear.

Nick Bullock was climbing with Boswell and says Boswell pried the bear's jaws apart after it had caught him and bitten through his boot.

In a blog account of the incident, Bullock wrote that Boswell ran past him screaming and then "the bear bounded, pulling and pushing the snow with powerful legs."

"Greg ran out of sight and the carnivorous freight train passed me, snorting and growling and bounding," he wrote.

He said he saw Boswell fall on his back and the grizzly "bit straight though his brand new boot as if it were a carpet slipper."

"It lunged once more and crunched into his shin, placing a paw on his other leg before lifting him off the ground," Bullock said.

Bullock said Boswell grabbed the bear's mouth and "prized apart the jaws," and the pair then ran into the woods and eventually managed to get their equipment together to make the climb down the mountain.

When they got to Banff Emergency Hospital they found Boswell had "five huge holes in his shin."

Grizzly watching, and a whole lot more, in the Great Bear Rainforest