The Supreme Court of Canada will soon rule on whether the public has a Charter right to raise climate change in NEB pipeline hearings. The ruling affects the proposed $5.4-billion Trans Mountain expansion that would twin the pipeline and triple the capacity for Alberta oil intended for Asian markets. 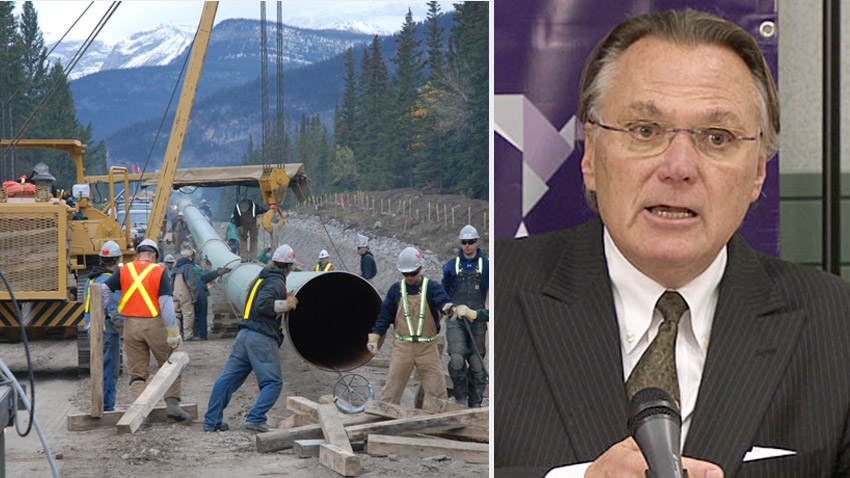 The National Energy Board is excluding the public and all of Canada’s climate-change scientists from participating in the expanded-pipeline hearings, contends Vancouver lawyer David J. Martin.

An environmental organization and group of citizens concerned about the National Energy Board’s (NEB) Trans Mountain pipeline review process may be one step closer to having its Charter of Rights and Freedoms claims heard in the nation’s highest court.

On July 24 a panel of three Supreme Court justices heard an application for leave to appeal challenging the NEB process, and will rule in the coming months on whether the case will go before the full court.

If leave is not granted, the NEB's mandate restricting evidence concerning climate change impacts of pipeline applications remains in place. If leave is granted, the full court will hear and rule on the Charter case.

The Supreme Court of Canada (SCC) only grants leave to about eight per cent of appeals that come before it.

Litigants include the ForestEthics Advocacy Association, Lynne Quarmby, Tzeporah Berman and others who are appealing the dismissal of the of their Charter of Rights claim before the Federal Court of Appeal.

The appellants say the current NEB process, which limits who can speak at NEB hearings and restricts the board from hearing evidence of broader environmental impact such as downstream climate change effects, infringes the public's rights under the Charter of Rights and Freedoms.

The proposed $5.4-billion Trans Mountain expansion would twin the pipeline and triple the capacity for Alberta oil intended for Asian markets.

David Martin, a lawyer for the appellants, believes the NEB process needs to broaden its scope to allow different points of view to be heard.

“The root of the problem is that the NEB is excluding the public, and frankly all of Canada’s climate change scientists from participating in the hearings,“ he said in a phone interview.

Yet Martin is hopeful. He believes that a recent legal decision in Alberta could have a positive ripple effect on the NEB case.

The Supreme Court to decide on “fracking” case

In April of this year the court granted leave in a case involving an Alberta landowner who sued the provincial government over contaminated water on her property, a result she believed was caused by hydraulic fracturing.

The Alberta Energy Regulator had granted the company Encana a licence to “frack” on land adjacent to Jessica Ernst’s property.

Ernst had previously lost a case in the Alberta Court of Appeal over rights to sue the Alberta Energy Regulator, due to an immunity clause that protected the government, the regulator, and the hydraulic fracturing company, Encana, from being sued.

Further, the Energy Regulator refused to accept communications from Ernst regarding her water issues because of her contact with media outlets.

However, she brought her case to the Supreme Court and was granted leave to argue the immunity clause infringes her Charter rights.

Martin believes that if the court is willing to hear a case regarding provincial legislation as it relates to free speech disputes, then there is a good possibility it will hear the NEB case.

“It’s the government's duty to hear the public from a comprehensive perspective on both federal and provincial issues,” said Martin.

Should climate change be addressed?

Many of those shut out from the NEB hearing process were climate scientists like Dr. Mark Jaccard, and Dr. Kathryn Harrison.

In 2013 the NEB stated it would not “consider the environmental and socio-economic effects associated with upstream activities, the development of oil sands, or the downstream use of the oil transported by the pipeline.”

Climate change fits directly into the “downstream use” category, a decision Harrison fundamentally disagrees with.

“I think it’s in the interest of policy making to have experts who have something to say, to be able to participate,” she said.

Yet Trans Mountain believes the NEB process has effectively heard the pertinent issues, and that the courts should not be able to decide what is relevant testimony.

In a response to the Applicants’ motion, Trans Mountain stated, “The NEB has the authority to… determine what is relevant in fulfilling its mandate… and govern its own process without interference from the courts.”

It will take six to eight weeks before the three-judge panel makes a decision as to whether the SCC will see the citizens’ case.