"Mr. Kinder, I am a reasonable 16-year-old girl... [but] you are not listening to the voices of people who will be directly affected by your work," says Jacqueline Lee-Tam on Burnaby Mountain. 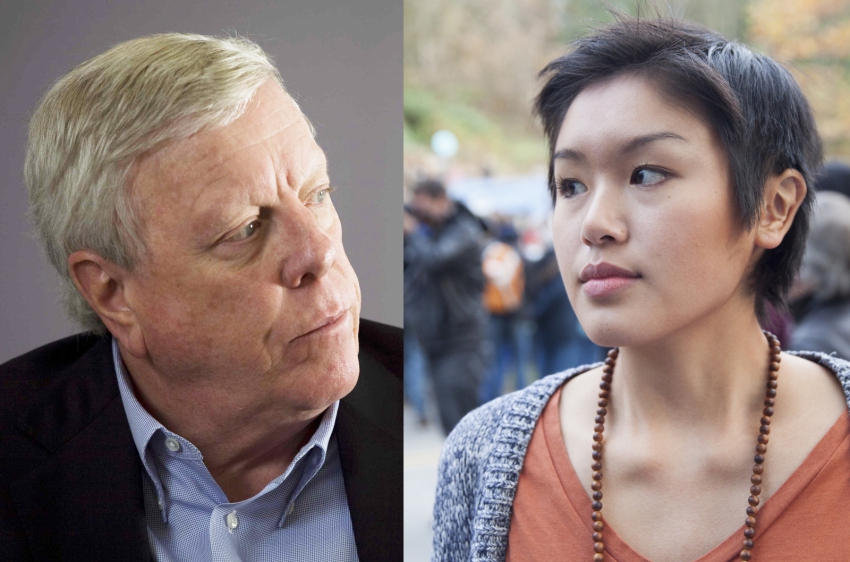 Sixteen-year-old Jacqueline Lee-Tam confesses she wrote the script for her video letter to the CEO of one of the most powerful energy companies in the world in her Vancouver high-school biology class yesterday.

“I need Rich Kinder to be aware of the people he’s affecting.  He hasn’t heard it from our mouths.  He’s cutting off dialogue," said Lee-Tam.

“I need him to know that we do care, and we are upset.”

Within hours, the grade 11 international baccalaureate student arrived on Burnaby Mountain to a massive crowd -- 800-plus -- protesting the Kinder Morgan pipeline and the recent court order barring citizens from interfering with the company's controversial pipeline survey work.

As the injunction took effect at 4pm, she recorded this video statement to Rich Kinder -- the chief executive and billionaire owner of much of the giant Texas-based pipeline company seeking to build a pipeline through Burnaby Mountain:

"Mr. Kinder, I am a reasonable 16-year-old girl," she begins into camera.

"I want clean air, clean water -- these people [pointing to rally], they're here for that too."

"Mr. Kinder, you are not listening to the voices of people who will be directly affected by your work."

Her video effort, she said, was to criticize the company's legal attack on ordinary citizens, who were targeted with lawsuits.  Many critics have slammed the company's tactics as an attack on freedom of speech.

Kinder Morgan Canada said last week that the legal maneuvers were necessary for the safety of its crew members from what it claims were "intimidation" tactics by angry protesters.  A social media hashtag #KMFace recently mocked the company's statement in court that protesters' snarls represented a form of "assault."

Regardless, the law suits have triggered a public uproar -- the large crowd Monday, a testament to that.

“It was incredible!  There was so much energy on the scene...  It was extremely well organized.  You could just feel the passion and the dedication of everyone there,” said Lee-Tam.

Kinder Morgan is now the largest pipeline company in America, and the Trans Mountain pipeline expansion, between Edmonton-to-Burnaby, is the company's most important infrastructure project on the continent, investors heard in a January briefing.

Lee-Tam first came to public attention in June, when she was widely photographed by news media at an Enbridge Northern Gateway pipeline rally.  The teen artist covered her face and body with black paint to simulate oil to protest proposed increases in pipelines and tankers in British Columbia. 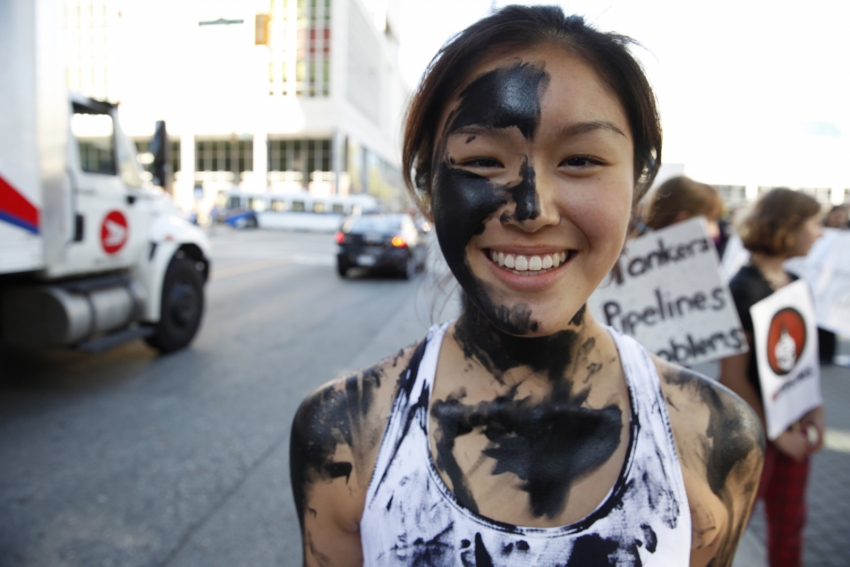 “I wanted to make a public display of art showing what my generation will be cleaning up if pipeline projects continue.”

The teenager has a personal brand for herself -- “Little Miss Oil Spill" - and a blog.

Lee-Tam lives in Vancouver's Kitsilano near the shores of English Bay where more than 400 oil super tankers would pass each year, if Kinder Morgan’s pipeline expansion is built.

“My biggest concern is that future generations are not being taken into consideration.  It’s clear that oil is finite and that it will run out one day.  If we’re investing in fossil fuel projects to better our economy – that’s only short term thinking.”

“By the time oil runs out, we will have to make a sudden shift in sustainable energy, and that’s going to be excessive for my generation.”

She believes not enough youth are involved, and she would like to change that.

“All I want is environmental justice.  It is daunting.  People think we are naïve and we don’t know what we are talking about.  But we do.  It can be simple – there are complicated aspects, but the simple part is what we truly believe in.”

A request for comment to Rich Kinder's office in Houston was sent Tuesday morning.  We will update this story if a response is provided. 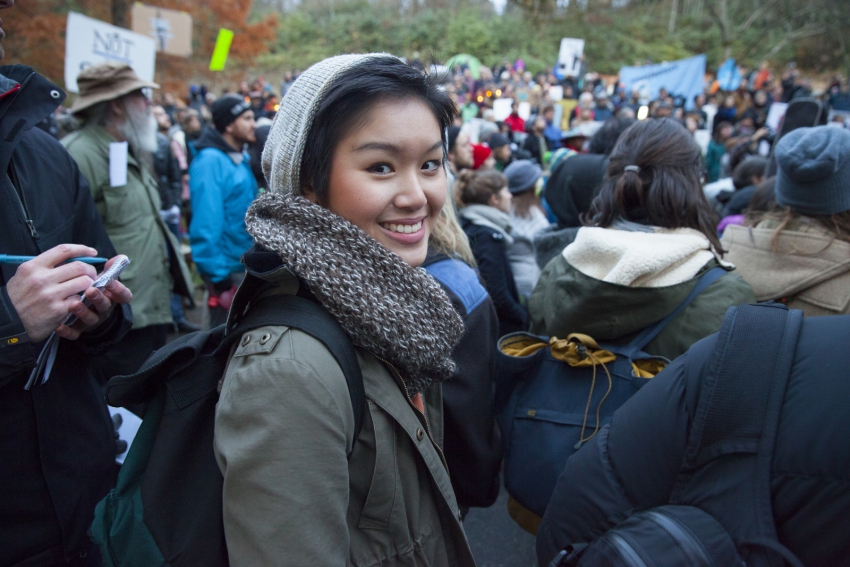