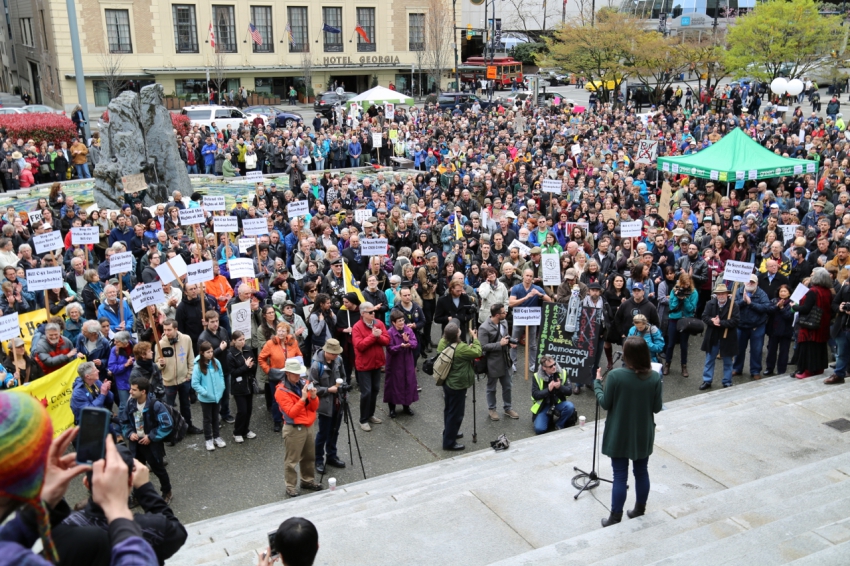 An estimated 2,000 protesters descended on the streets of Vancouver Saturday to express frustration with the federal government’s proposed anti-terror bill.

In front of the Vancouver Art Gallery a sea of demonstrators waved signs that read “Stop Bill C-51,” “Free Speech is our Right,” and “Activism is not Terrorism.”

The demonstration was one among almost 70 that took place across Canada in opposition to the proposed legislation.

The bill, which in February passed second reading in the House of Commons, would give police increased powers to detain suspected terrorists, as well as give new powers to Canada’s spy agency. Prime Minister Stephen Harper maintains the bill is essential to combat the threat of terrorism.

Paul Finch, a leader with the BC Government and Service Employee Union, said he doesn’t believe the federal government recognizes the dangerous effects the bill could have on citizens.

“This legislation does nothing to improve our security, and it strips Canadians of their civil liberties," said Finch, who helped organize the protest.

“This bill encourages reckless sharing of our sensitive private information, dangerous new powers for CSIS, and offers zero accountability or oversight," said OpenMedia's Executive Director Steve Anderson. "Everyone knows the Conservative government is bad on privacy issues, but C-51 takes it to a whole new level.”

Josh Paterson, director of the BC Civil Liberties Association, was equally adamant that Bill C-51 could infringe on citizens’ rights. 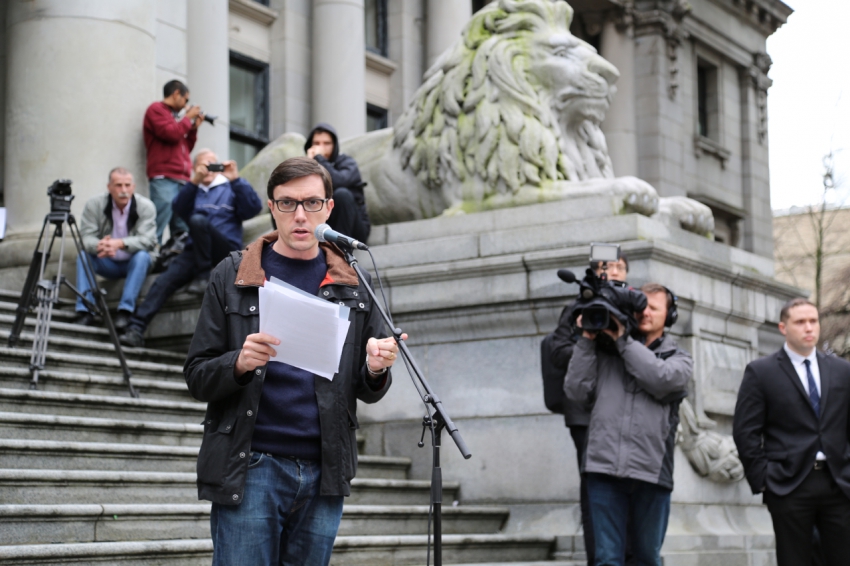 “It will make it easier to detain people without criminal charges, and it will criminalize expressions of support for certain political activities,” he said.

Mr. Finch and Mr. Patterson were among many speakers at the protest that included First Nations leaders and community organizers.

Since Bill C-51 was unveiled in late January, there has been a growing chorus of opposition, including four former prime ministers and an increasing number of legal scholars. 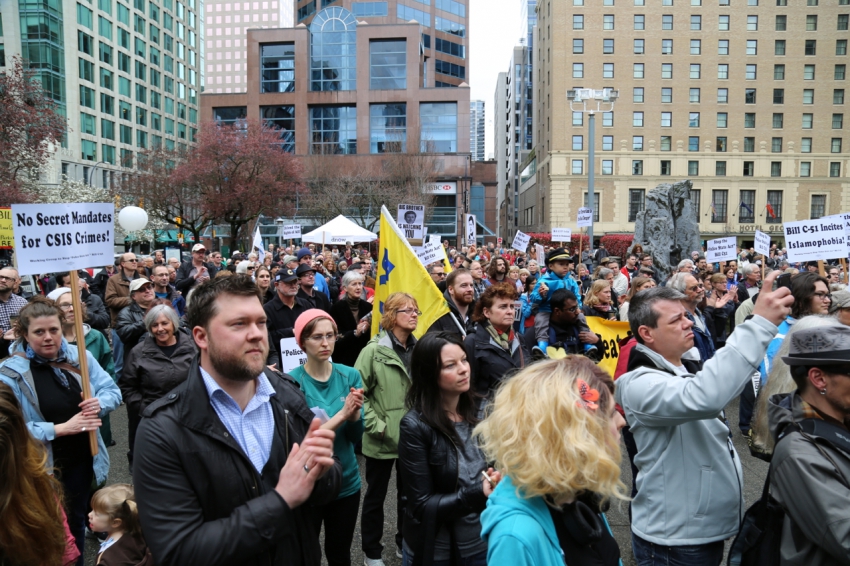 Wes Regan, author of "Bill C-51 could be the biggest bait-and-switch we've ever seen" in the Vancouver Observer.

Everything you need to know about Bill C-51