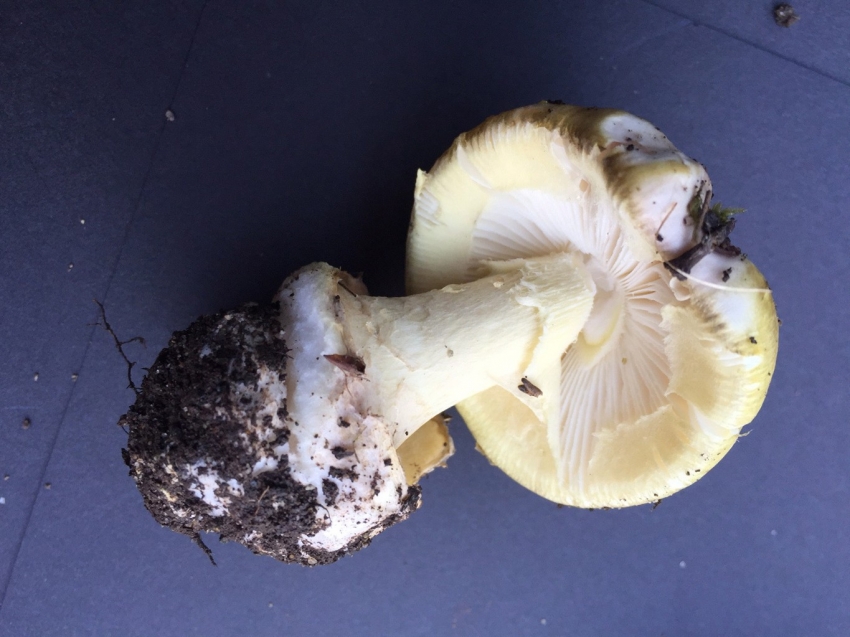 A three-year-old boy who had been picking wild mushrooms with his family in Victoria has died after eating a poisonous mushroom, the local health authority said Wednesday.

Dr. Richard Stanwick, Island Health's chief medical health officer, said the boy's death would be the first recorded in the province from a B.C. death cap mushroom, if it is confirmed.

Mycological examination of the mushrooms collected at the same site suggests that the boy probably ate the Amanita phalloides, or death cap mushroom, an authority news release said.

Tests are ongoing to confirm the presence of specific toxins in his system.

"This tragedy reinforces how important it is for recreational mushroom hunters to know the difference between a poisonous and non-poisonous mushroom," said Stanwick. "To the untrained eye, it's easy to mistake a toxic mushroom for an edible one."

Stanwick said those who aren't sure should leave mushrooms in the ground.

The boy died Tuesday night, days after he was transferred to a hospital in Edmonton for treatment.

The health authority has gone public with the family's plea to improve public education about the risks and possible signage appropriate to locations where death caps are found.

Stanwick said he and a mycologist, an expert on fungi, went to the site where the mushrooms were picked and dug up whatever specimens they could find so no one else could eat them. He said they found about 16 mushrooms.

The death cap resembles the popular paddy straw mushroom: it's mainly white with a yellowish stem, sometimes bulbous at the base.

In September, the BC Centre for Disease Control and the Vancouver Mycological Society also warned recreational mushroom hunters to be cautious.

The warning followed a doubling in calls to the province's drug and poison information centre in July compared with other years.

The centre for disease control said death caps are believed to have been introduced to B.C. in the roots of imported hardwood trees planted in the 1960s and '70s. It said the fungus lives in the roots of trees for 40 to 50 years before emerging.

The centre has issued several tips to stay safe while mushroom hunting:

— If you are unsure or uncertain, don't eat it.

— Only pick and eat mushrooms that are well known, distinct and easily identifiable.

— Dig up the entire mushroom, if uncertain, to help in its identification.

— Always keep a sample of the mushroom or food that was eaten.