The conflict showed the potential dangers of a brand as recognizable as Tim Hortons selling ad space to companies that could anger its customers. 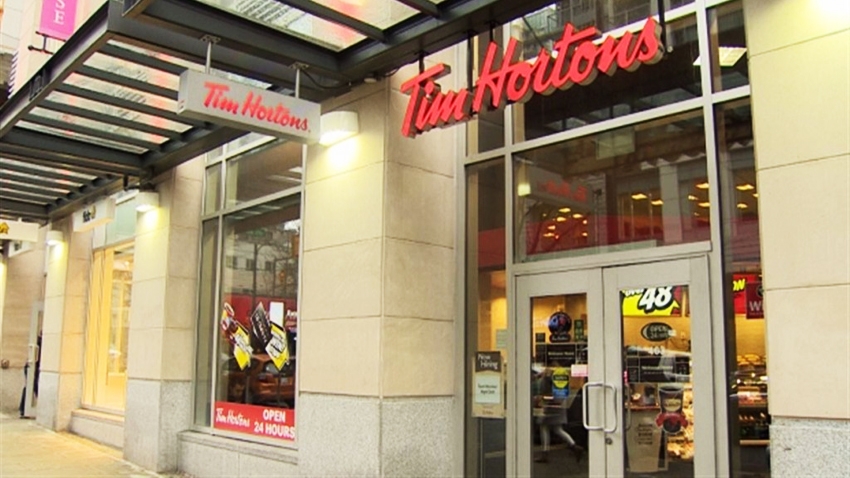 Executives at Tim Hortons are reconsidering whether it's worth the risk of flavouring your coffee break with potential controversy.

"We're now taking a look at the whole Tims TV program and what makes sense for the brand," said Schwartz in an interview with The Canadian Press.

"As with many things in the restaurant, we explore what's best from time to time."

The review comes after Tim Hortons was put in the hot seat for giving advertisement space to pipeline giant Enbridge on its in-store digital screens.

The commercials angered environmentalists who launched an online petition to get them pulled from stores, but when Tim Hortons decided to yank the Enbridge ads some oil industry supporters called it an insult to one of Canada's biggest industries and launched their own boycott.

The conflict showed the potential dangers of a brand as recognizable as Tim Hortons selling ad space to companies that could anger its customers.

Tims began experimenting with Tims TV last spring before rolling out the screens at restaurants across the country. The company described Tims TV as its own version of a community space, serving as a home for the latest news, weather, local events and branded videos.

But the main thrust of the concept was to pocket revenue from what's essentially a billboard inside the restaurants. Advertisers could buy airtime on Tims TV in the looping rotation of content.

On Monday, Restaurant Brands International Inc. reported a second-quarter profit of US$9.6 million, or five cents per share for the three months ended June 30. That compared with a profit of $75.1 million or 21 cents per share a year ago before the two brands combined.