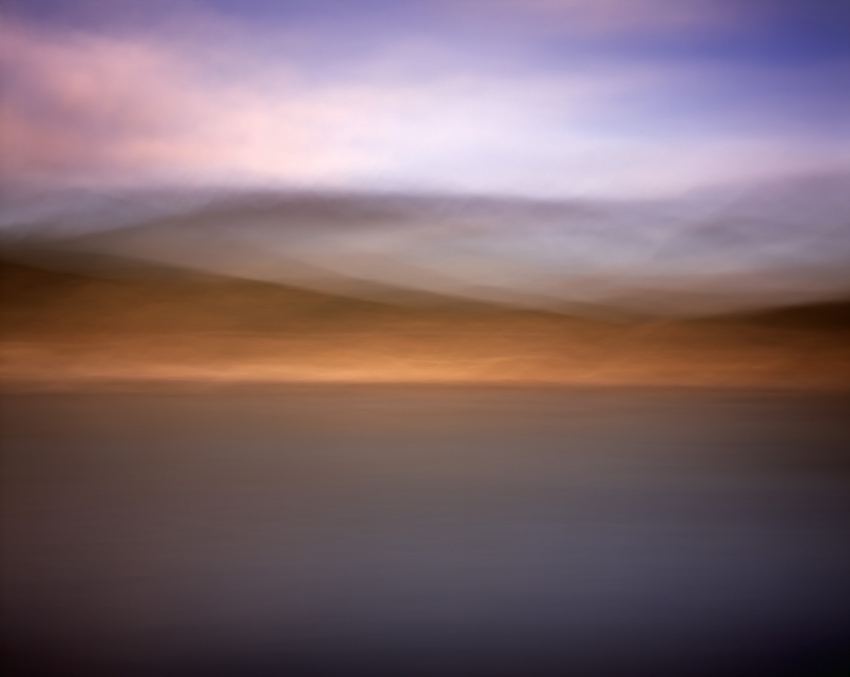 Every city has a different vibration.

From the pulse of the streets, to the reflection of its architecture against the sky, there is a definite energy that often goes unnoticed to those of us that occupy the space each day.

To an outside observer that liveliness can sometimes be captured within a photograph, offering a new perspective. However, it is only when that image is placed alongside another that it reveals its true colour.

In the case of Wade Comer’s “Time Passages”, a continuing series of long-exposure photos split into two series: “Mountains” and “Cities”, which have been shot from the decks of passenger ferries in motion as they pass along their routes, Comer displays for us an emotive palette of colour, akin to an abstract expressionist painting more than a landscape photograph.

Painting with his camera, Comer plays with different mediums in each series of images. “Mountains” shot on 4x5 slide film, stands out in its warm, pastel tones. The viewer becomes transfixed on the blurred hint of horizon, marked by the wavy outline of the mountains.

In “Cities”, shot on digital, the architecture of each city landscape stands out more to the viewer: the iconic structures of New York, Toronto, and Istanbul vibrating inside the frame. There is a definite ode to Rothko in these images.

The cool tones from building materials of the cities; cement, brick and limestone stand in stark contrast to the pastel colours of “Mountains”, even though they are both against a body of water (in part a reflection of the different mediums). While both series share a dreamlike quality, “Cities” pulls you out of your nostalgia memory trip, with the recognizable architectural icons.

When I visited Comer at the Make Gallery, we discussed how this project offered a new viewpoint for him. He said:

“It allowed me to relinquish some control…I cannot direct where the ferry is going, or the elements, so it was a break from everything being so laser focused.”

This project certainly has more life, and Comer hopes to visit Hong Kong, London and to capture other smaller, hidden, destinations.

What makes “Time Passages” work as a whole series is that is it varied: the iconic against the mundane allows the viewer to not only dream, but to appreciate the beauty in our everyday reality. Comer’s filmic documentary approach to painting with his camera and interacting with time in his long-exposures is a refreshing take on landscape photography.

And what is better than feeling as though you are stepping inside a painting on a wet November day? “Time Passages” is on display at the Make Gallery (257 E 7th Ave) until December 4th.