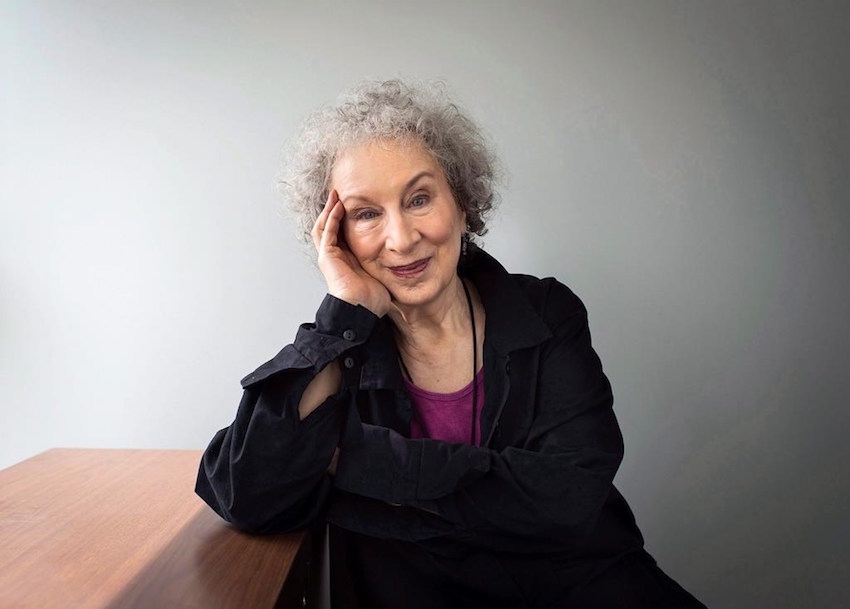 Coloured pencils were never in short supply during Margaret Atwood's childhood, and she put them to good use.

"I was always a visual person," the famed Canadian author said during a recent interview in Toronto.

"I never had the piano-playing upbringing that a lot of children my age would have had," she added. "I always had coloured pencils."

Atwood recalled the huge outburst of comic books in the late 1940s which had both kids and adults enthralled, from the characters and strips in daily newspapers to the coloured comics in free weekend supplements.

She created a few superheroes of her own as a kid, drawing cats with wings. In the '70s, the author translated her artistic talent to the "Kanadian Kultchur Komix" strip in This Magazine, and a bit later, the "Book Tour Comix" strip she'd send to her publishers at Christmas to "make them feel guilty."

With the release of "Angel Catbird" (Dark Horse Books) on Sept. 6, Atwood's love of comics fostered in her earlier years is fully taking flight in her new graphic novel.

The author of such works as "The Blind Assassin," "The Edible Woman" and "MaddAddam" teamed with artist Johnnie Christmas and colourist Tamra Bonvillain to illustrate Atwood's story of Strig Feleedus, a young genetic engineer who finds himself the unwitting subject of his own experiment.

One evening, Feleedus becomes accidentally mutated in an unlikely mishap involving a cat, an owl and his own DNA. While contending with outside forces, Angel Catbird must also face his own ongoing internal struggles, with the duelling animal and human identities clawing at and clashing with each other.

The literary legend had a chance to gain exposure to a wide array of comic creators and fans of the genre when she attended Comic-Con in San Diego earlier this summer.

"The community is quite accepting of just about everything," said Atwood, who is slated to appear at Fan Expo Canada in Toronto on Saturday.

"If you run into somebody that's got a face mask on that makes them look like a decaying corpse, you just think: 'OK, that's the decaying corpse guy — welcome!'" she added with a laugh.

"They're nice to each other, and there's a lot of diversity in it, and that's pretty refreshing in our world of today."

Atwood seeks to make "Angel Catbird" more than a standard superhero fable but a comic book with conscience, using the format as a way to bring awareness to bird conservation.

Nature Canada contributes statistics, which appear in banners throughout the novel. The conservation charity also draws attention to its #SafeCatSafeBird outreach campaign in an effort to make cat owners aware of the risks of letting felines roam freely, highlighting the potential dangers to their own lives as well as the harm they can cause to birds.

"Migratory songbirds — the ones that eat the insects in our boreal forests — they're showing a sharp decline in numbers. So that is economically bad for us," Atwood said. "If you want a self-interested reason to be concerned about birds, that's it.

"We should all be working to up their numbers because the more dead trees you get from insect infestations, the more forest fires you're going to get."