Unist'ot'en Camp on "high alert" under rumours of police raid 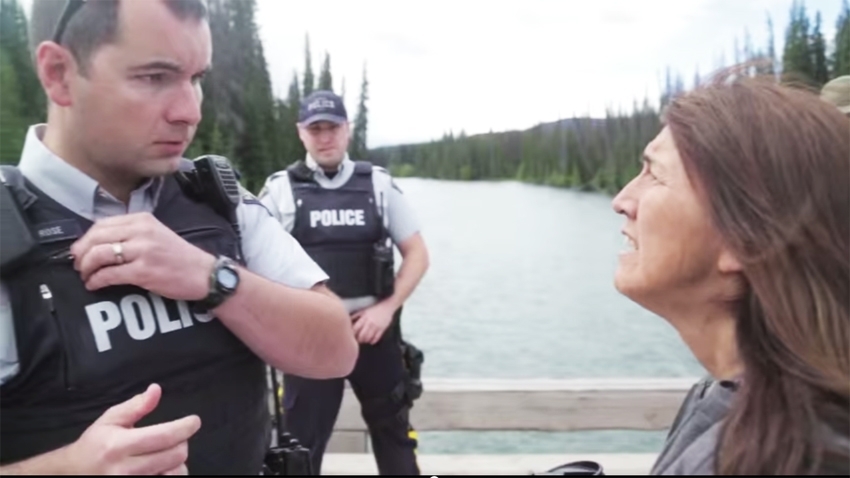 Policers officers have not directly confirmed or denied rumours of an impending raid of the Unist'ot'en Camp in northwestern B.C., which has long been on their radar for repeatedly denying the oil and gas industry access to its territory.

Corporal Janelle Shoihet, a media relations officer in Surrey, said a press release issued by the Union of BC Indian Chiefs (UBCIC) outlining the "mass arrest operation" is currently under review and no police action has been taken yet.

"We understand that there has been some discussions on social media that don't accurately reflect the RCMP's action or the situation," she told Vancouver Observer in an email statement. "To date, there has been no police action. It is our understanding that discussions between industry and the Wet'suwet'en are still possible."

Rumours of the "mass arrest operation" outlined in the UBCIC release quickly gained traction among local leaders and activists, who discouraged police action against the peaceful residents of the Unist'ot'en Camp in any form.

More than 50 individuals and organizations including Elizabeth May, David Suzuki, and Greenpeace Canada, signed an online declaration of support for the clan, which has claimed and governed the territory through its traditional and hereditary laws.
"We are deeply and gravely concerned to learn from a variety of sources that the RCMP appear to be on the verge of executing a highly provocative and dangerously reckless operational plan to make arrests," said the document. "We are local, national and international organizations monitoring these developments closely and we affirm that the Unist’ot’en are not alone."
The BC Civil Liberties Association (BCCLA) also sent a letter to the RCMP urging them to scrap any plans to cross into Unist'ot'en territory and make arrests.

"... Police must proceed with the utmost caution in a situation such as this, so as not to interfere with the constitutional rights of the Indigenous people," wrote BCCLA executive director Josh Paterson. "If the RCMP is, as reported, planning to move in on the camp and remove its members against their will, we urge that this plan be reconsidered." 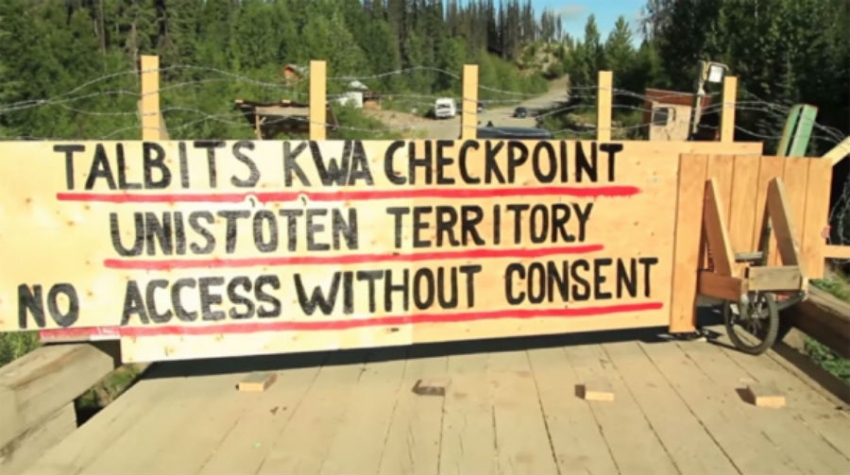 RCMP will have to cross Unist'ot'en checkpoints to enter the territory and make arrests. Photo a still from YouTube video.

Union of BC Indian Chiefs Grand Chief Stewart Phillip said that senior RCMP officials used “deliberate language” around their intentions to go in the Unist'ot'en Camp and make arrests during a meeting with the First Nations Leadership Council on Mon. Aug. 24.

He also said this meeting was preceded by phone call with RCMP about "growing concerns" with the camp's placement, contributing to theories that a raid on the Unist'ot'en residence may be coming soon.

“It seems like incredibly drastic actions on the part of the RCMP," he told Vancouver Observer. “We said that there needs to be a very real effort made at negotiations as opposed to mobilizing a large force of RCMP officers moving in on a camp.”

Phillip said any police action against the Unist'ot'en will undoubtedly surface in an annual meeting between Premier Clark, her cabinet, and Indigenous leaders between Sept. 8 and 10.

In the meantime, residents of the Unist'ot'en Camp are preparing for an imminent police shakedown.

“We’re just peacefully sitting here, waiting for them to show up,” said camp spokesperson Freda Huson. “That’s all we’ve been doing because we have every right to be here."

Unist'ot'en checkpoints have been set up on two entrances to its territory on Moricewest Forest Service Road and Chisolm Road. The Indigenous group has allowed loggers, tree-planters, and hunters to pass through peacefully, but has used the barriers to keep oil and gas officials at bay.

The camp has not and never will approve pipeline construction on its land, said Huson, despite more than 10 proposals involving its ancestral land. Among the most controversial pipeline projects that would affect the Unist'ot'en are Enbridge Northern Gateway and Chevron's Pacific Trail Pipeline.