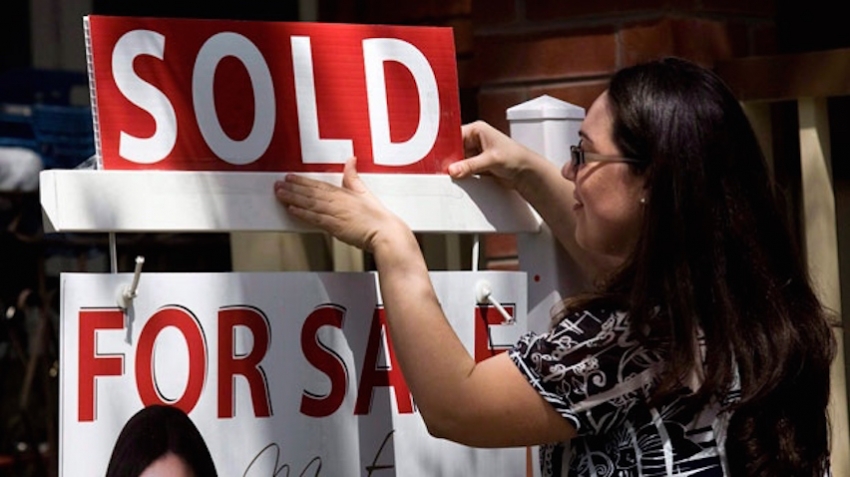 Royal LePage CEO Phil Soper says house prices in Greater Vancouver grew 30.6 per cent year-over-year in the third quarter of the year, marking what may have been the real estate market's "final hurrah."

The real estate agency says the average house price in the region soared to $1.19 million in the three-month period that ended Sept. 30, up from $914,705 during the same quarter last year.

Royal LePage says its national house price composite — a figure based on 53 of the country's largest real estate markets — showed that the average price of a home climbed 12 per cent from a year ago to $545,414 in the third quarter.

Soper says he expects that price growth in Vancouver will slow or even reverse in the months ahead as the effects of recent federal and provincial government rule changes begin to be felt.

In August, the B.C. government introduced a 15 per cent tax on foreigners purchasing homes in Vancouver.

Home sales in the city have been falling since then — with recently released figures indicating a 32.6 per cent drop in September compared to the same month last year — but prices have continued to rise.

"It often takes about six months ... for prices to catch up with a change in demand, either on the upside or the downside," says Soper.

However, he adds that the trend of declining home sales started long before the introduction of the foreign buyer tax. Many would-be buyers have simply moved to the sidelines as prices have spiralled out of their reach, he says.

Soper says the new tax can't be blamed as the sole cause if home prices begin to drop in the coming quarters — but it certainly may be the catalyst.

"You take a lineman in professional football — a great, big human being — and they're sort of teetering on their heels," he says.

"A child comes along and pushes them on their chest and they topple over. The tax impacted a very small group of people in a very narrow geographic and house price range in one city, yet it came at a time when the market was already cooling. It represents that push in the chest to something that was already ready to change."

As for new mortgage rules introduced by Ottawa earlier this month, Soper says fears associated with those changes have been exaggerated.

He predicts that prices in Ontario and many other parts of the country will continue to rise, in spite of new measures including a requirement that lenders apply stress tests to all mortgage borrowers.

"There will be some transactions taken out of play with the new regulations," says Soper. "It's just a mathematical certainty. But I don't think it will be enough to reverse the positive trend that we see across the country."