Vancouver trailblazing the way forward for green cities of the future

Vancouver’s Mayor Gregor Roberson has been spreading the good news – to the White House, the Vatican and soon to Paris. 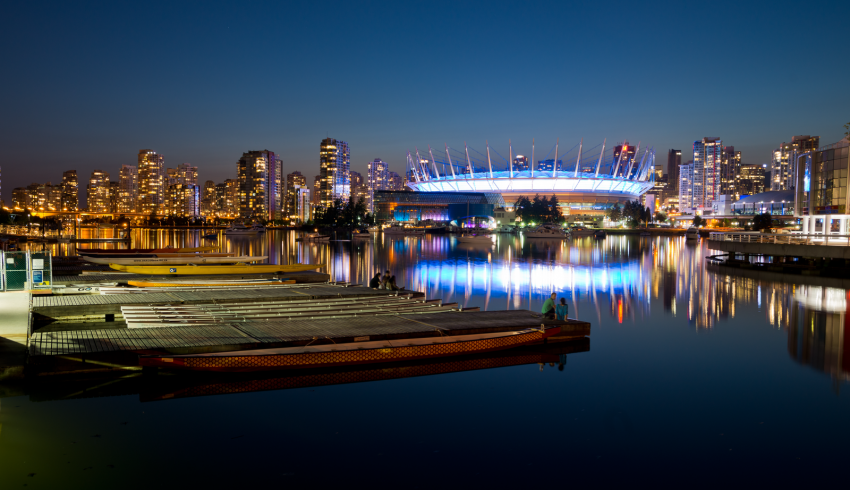 People everywhere want to know what Vancouver is up to because it’s succeeding in creating a very green city. City Council met this week to hear about what’s been accomplished and plans for the future. They unanimously approved both the Greenest City Initiative to 2020 and the Renewable City Strategy.

“As we saw at the White House, a lot of cities are looking at our plan. And it’s good to have a new plan out to track our progress,” said Amanda Pitre-Hayes, Vancouver’s Sustainability Group director.

The meeting began with a show of pride. Councillor Andrea Reimer, not one to hide her emotions, broke into tears describing her recent trip to a climate change conference in Hong Kong where as the keynote speaker, she told the powerful story of Vancouver’s green success.

The Greenest City Initiative will proceed the next five years much as it did the past five with “multiple actions on many fronts,” said Pitre-Hayes. Since the initiative began, Vancouver’s greenhouse gas emissions have been reduced by 7 per cent and Vancouver is now recognized as one of seventeen cities across the globe that is carbon neutral. The next five years will included “refreshed methodology,” she said, to track greenhouse gas emissions and other targets.

Mayor Robertson said the city will be preparing for electric vehicles. By 2050, there will be a 15 per cent growth in vehicles but they will be used less and most will be hybrid or electrical, with biofuels replacing fossil fuels, explained Malcolm Shield, Climate and Policy Manager. Communities will be created to be compact. Car sharing will be encouraged, and commercial freight will move to bio-fuel, he said.  And "transit use will be imperative to success."

Though transit ridership has plateaued, half of all transit in Vancouver is by foot, bike or public transit. The goal by 2040 is to have that number increase to two thirds. The Broadway subway line is part of the solution.

Mayor Robertson said his experience at conferences has shown him the economic benefits to other cities of going green, and he plans to continue encouraging green economy in Vancouver. Vancouver’s goal, said Pitre-Hayes, is to double the number of green jobs, (already increased more than 19 per cent since 2013), and to make the False Creek Flats the greenest place to work in the world.

The green building sector is an example of green job success. Vancouver has developed  knowledge and materials that are being sought not just in Vancouver but in the U.S. as well. Attracting green capital is also part of the plan.

Job opportunities in the green economy are not just white collar jobs, said Pitre-Hayes.  Already jobs have been created in the deconstruction of buildings and in urban farming like with Sole Food Farms.

The demand for electricity will increase 75 per cent by 2050, said Shield, but the goal is to use 100 per cent renewable energy. This will support another target -- 80 per cent reduction in greenhouse gas emissions.

Reaching renewable energy goals means using what we have developed to the maximum, developing more sources of renewable energy and reducing energy use, said Shield. The city also needs a smart electricity grid and to develop neighbourhood energy strategies as have been developed in leading North European cities.

And it means building green. The goals are to have a complete carbon neutral building strategy by 2020 and for new buildings to be at zero emissions by 2030. This will require retrofitting older buildings and creating codes and rules for new developments.

Ultimately, said Shield, it will benefit not just home owners but also renters as apartments will be more comfortable and utility bills lower.

When talking about green space, the group said, “we have lots of land” and all residences will live within a five-minutes walk to green space as more park land is converted into park systems, such as that being created on the East Fraser.

The goal for 2020 is to reduce waste in landfill by 50 per cent, and the target for water consumption reduction, which has been decreased 16 percent, is 33 percent by 2020.

Vancouver’s success, explained Pitre-Hayes, is  attributable to a high level of community involvement and the many-fronted approach to greening the city.

“We coordinate over 100 people who lead their groups and they then have their own external advisory committees and their own community groups,” said Pitre-Hayes. “It really is an effort of thousands of people across the city. It feels pretty cool. We are all building the greenest city together.”

Explaining how they are planning, and then achieving their targets, Shield said, “We look the world over to see where there is most success in the different areas and take lessons from there to be applied here.”

Pitre-Hayes, who has been with Greenest City Initiative since the beginning, is leaving to work as the Director of Planning and Projects at the Vancouver Public Library.

“Since I’ve been here, (the city has) been really progressive and focused on change,” said Pitre-Hayes.

“It’s been amazing to see how much people have come together.  You imagine that the city is a big bureaucracy with silos and I think, from what I heard, in the past that was the case, but certainly while I’ve been here, the Greenest City really brought people …  together because you can’t do this work without coordinating across silos. Helping that come alive for the city is what I am most proud of,” said Pitre-Hayes.