Quarmby says she is teaching a new university course at SFU in January about civil disobedience. 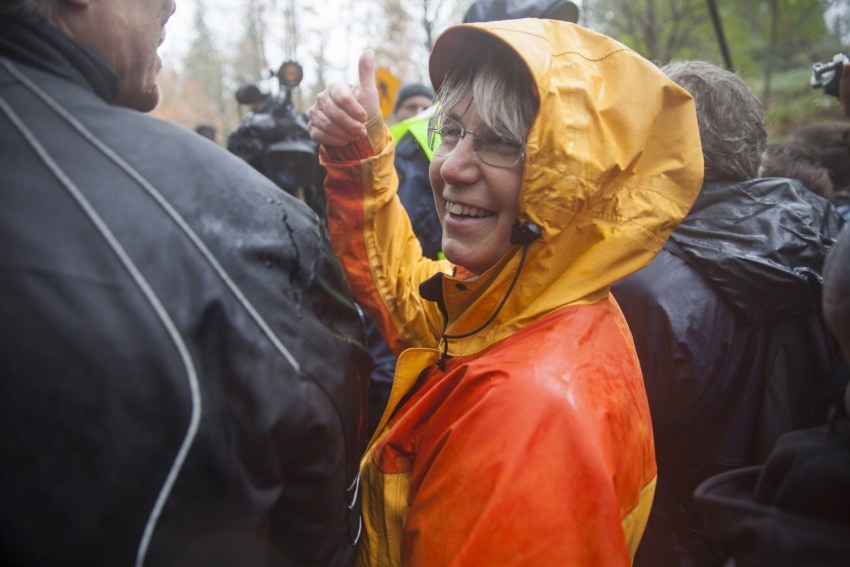 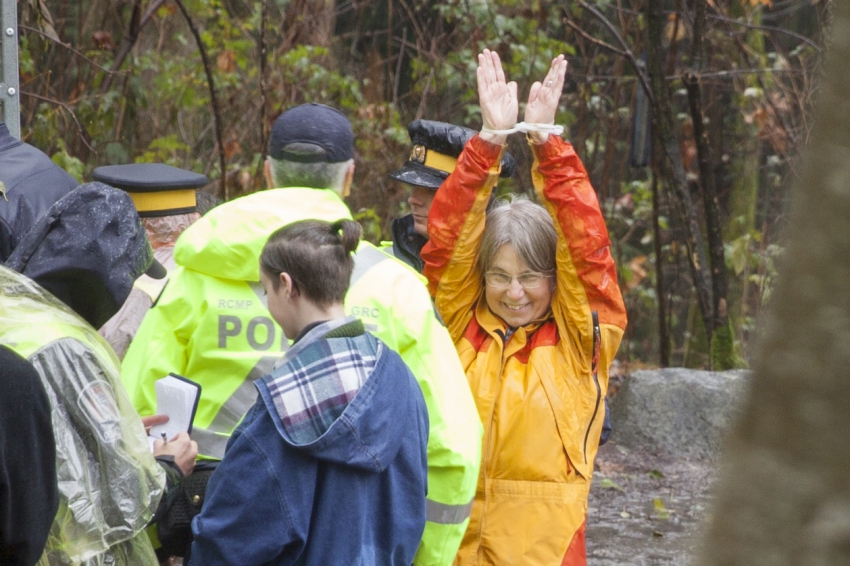 SFU molecular biologist Lynne Quarmby minutes before she was arrested on Burnaby Mountain on Friday. Photo by Mychaylo Prystupa.

"So now, I'm going to turn around and walk up this hill -- and be the best citizen I can be," said Quarmby.

Arriving at the police tape, an RCMP officer warned her: "You are in a position right now, to be arrested ok?"

Quarmby replied, "I am accepting the consequences of my civil disobedience."

The spectacle was captured by the Vancouver Observer on video:

RCMP charged her with Civil Contempt, and she intends to plead guilty.

Quarmby says she and literature-professor Stephen Collis are teaching a new university course at SFU in January about civil disobedience.

Both instructors were named by Kinder Morgan in its civil lawsuit and injunction, claiming they and other defendants were interfering with the company's survey work for the $5.4-billion Trans Mountain pipeline expansion.

"Trans Mountain supports the right to peacefully protest and believes individuals can express their views in the lawful assembly area, which is near one of the work sites, while allowing our workers to continue working safely."

"The tunnel option through Burnaby Mountain is a result of consultation with the community, their request to see the existing pipeline rerouted, and our objective to minimize disruptions to landowners, neighbours and road users."

Drilling equipment arrived at the work site Friday afternoon.  The work requires drilling two six-inch test-holes, approximately 250 metres in depth. The work will be conducted 24 hours per day for 10 to 12 days, said the company.

If the pipeline is eventually approved by the National Energy Board and the Harper cabinet, the Edmonton-to-Burnaby Kinder Morgan pipeline would pump 890,000 barrels of Alberta bitumen per day, loading more than 400 super tankers per year bound for Pacific markets.

Quarmby has long said her primary concern with the project is its worsening effect on climate change. 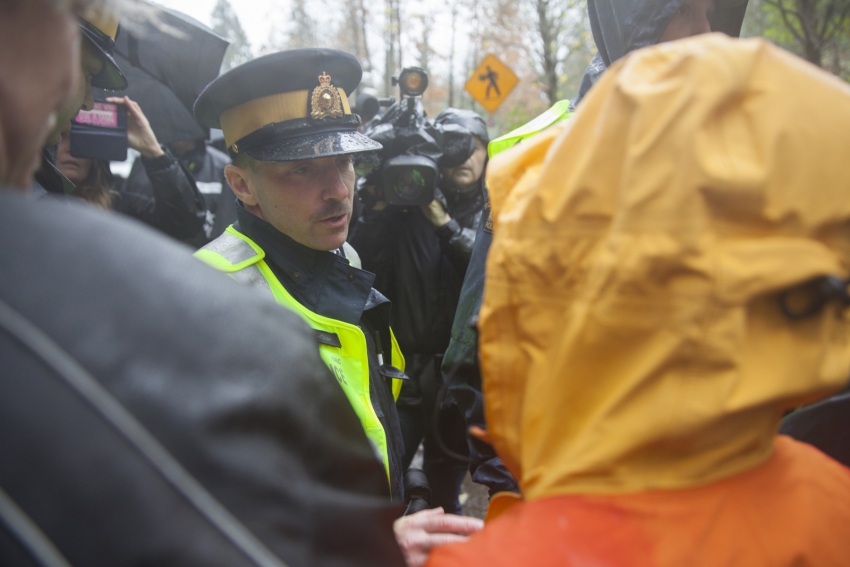 RCMP warning Lynne Quarmby before she crossed the police tape to be arrested on Friday on Burnaby Mountain.  Photo by Mychaylo Prystupa.