Fourteen B.C.-certified teachers were detained by immigration officials and ordered to leave South Korea by May 11, 2017. 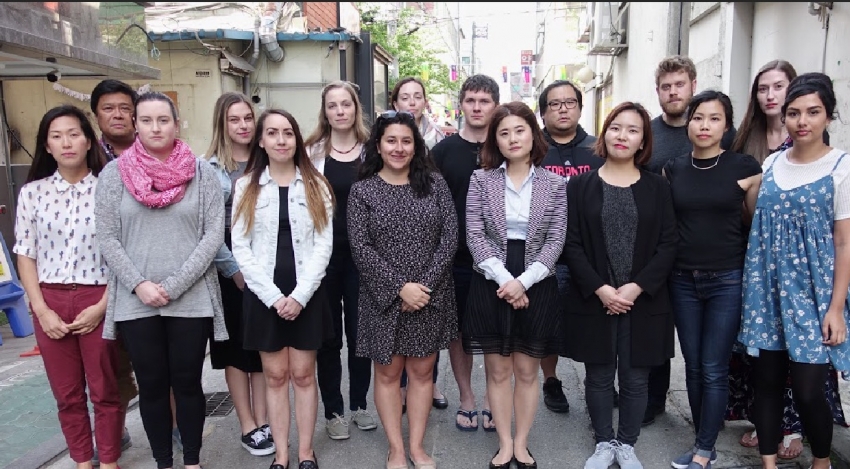 Fourteen teachers at a B.C. "government-certified” school in South Korea are pleading for help from the B.C. Ministry Education after they were detained and later released by Seoul immigration officials and ordered to leave the country by May 11 for allegedly having incorrect work visas.

She said they feel desperate and abandoned and some were pressured into “falsely admitting they were committing a crime."

In an emotional Skype call with Brian Jonker, the B.C. Ministry of Education’s Executive Director for Independent Schools and Jenni McConnell, the ministry's Manager of Offshore School Program, CBIS teacher Rochelle D'Souza tearfully tells Jonker “we need someone to help us” and that they need representation from the ministry from someone “who has experience of crisis situations to deal with the scope and magnitude” of their situation.

Hwu told the Vancouver Observer by phone from South Korea this week the B.C. Ministry of Education sent a contracted inspector — Doug Lauson, who is also the president of the B.C. Federation of Independent Schools — to inspect the school in early April.

She says the teachers told Lauson there were problems with the school’s administration but he assured the teachers there would not be any problems and that they should not worry about their work visas. Then he left the country.

The only local support available to the teachers, according to Hwu, is the school principal, Lowell Jackie, who was appointed in January and was also briefly detained by immigration officials and has also been ordered to leave the country. She said he has forwarded them information from the ministry but has only been “minimally helpful.”

The teachers, who are all in their twenties and thirties, worked until April 11 and Hwu says they were told they’d be paid up until then, but their pay day was three days ago and they haven’t received any money, adding to the desperation of their situation.

Hwu says five of the teachers are from B.C., six from Ontario and one from Nova Scotia and two are American. There are also two B.C.-certified teachers who are South Korean citizens who are able to continue working and have not been given departure orders.

The Canadian embassy in South Korea has advised the Canadians to leave before May 11, Hwu told the Observer by email.

Grade-three teacher Kristen Hendricks told Jonker in the Skype meeting that she’s lived in South Korea for five years and was detained and arrested by four men who didn’t speak English. They came to the school and took her for an-hour-long drive to an immigration centre where she was questioned for two-and-a-half hours.

She was told her visa was the wrong type although the school had told her she had the correct one. She said they made her verbally confess to having the wrong visa and threatened to detain all her colleagues if she didn’t confess.

She told Jonker and McConnell through tears that her church, friends and life are “all here in Korea.”

In the Skype call with Jonker and McConnell, where the teachers spoke from the basement of a cafe in South Korea, D'Souza said there is no consistency in reporting standards for offshore BC-certified schools and a lack of follow up when standards are not being met.

“Help us understand how we can be left to feel responsible for this. We are scared and we need help that we can trust.”

In an emailed news release, the teachers say the B.C. Ministry of Education Inspection Reports “clearly show the ministry is aware of the legal grey zone in which B.C. offshore schools operate in South Korea and that Seoul Immigration Office told them [CBIS] is only the first of other international schools now under investigation.”

The B.C. Public School Employers’ Association, which posts job opportunities at B.C.-certified offshore schools on its “Make a Future” site, says when it was advised there were issues with the school it removed its posted vacancies.

Spokesperson Deborah Stewart told the Observer they haven’t heard of any issues of concern with any of the other Ministry-certified offshore schools.

Hwu said the teachers are starting to book flights to leave the country.

Update: After this story was completed and in the process of being published, the Observer received an email from the B.C. Ministry of Education saying they'd updated their website with the following information: