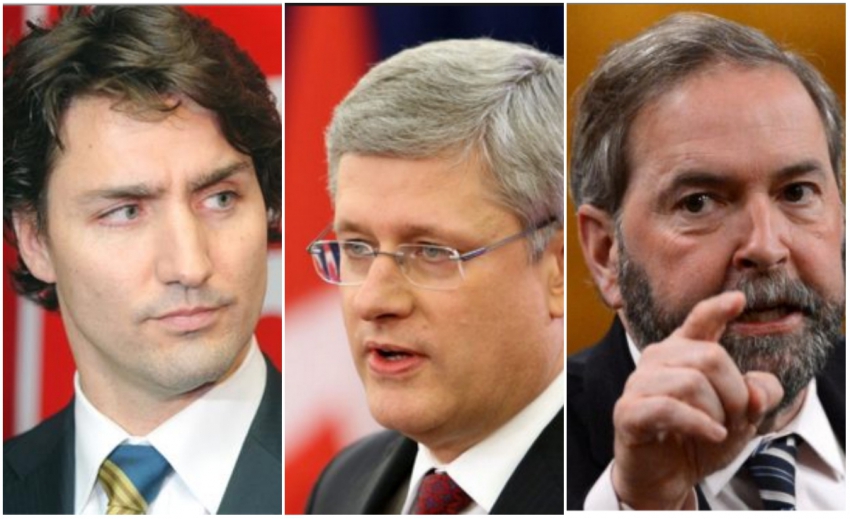 When the prime minister says the government's new tax package will benefit all Canadian families with children under 18, will that include his own?

A spokesman for the Prime Minister's Office won't discuss whether Harper himself intends to take advantage of the new income-splitting rules or the expanded child care benefit, for which his family is eligible.

Stephen Lecce would only repeat the government's preferred talking point: "All Canadian families with children will benefit and save from the tax package we announced last fall."

He'd also qualify to claim the child care benefit of $60 for his 16-year-old daughter; his son turned 18 last year so the Harpers missed the cut-off to claim the benefit for him.

Justin Trudeau earns $219,300 a year as Liberal leader, on top of royalties and investments that are left from his father.

He too could qualify for a maximum $2,000 if he split his income with his wife, Sophie Gregoire. Trudeau, however, said he won't be taking advantage.

"I don't need it and I'm certainly not going to be applying for it."

With three children under the age of six, Trudeau also currently qualifies to receive the $100 per month in child care benefits, which is set to rise to $160 per month.

If elected, the Liberals have said they would reverse the income splitting plan, but have not made the same pledge about the child care benefit.

The income splitting program is estimated to only benefit 15 per cent of Canadian families.

Among those who can't qualify is NDP Leader Tom Mulcair, whose children are both grown.

His party has also said they'd scrap the income splitting plan if elected.

What political leaders do or don't claim on their taxes isn't a matter of public record, unlike in the United States, where the White House publishes the a detailed breakdown of the president's financials.

The federal ethics commissioner does publish a summary of some financial information for the leaders.

The latest registry information indicates Harper holds a mortgage from the Bank of Nova Scotia, while the file for Trudeau lists the numbered corporations which manage his investments.

Before becoming Liberal leader, Trudeau had voluntarily disclosed his entire net worth and the source of his income, which includes an inheritance from his father, former prime minister Pierre Trudeau, who had set up the corporations for his own portfolio.