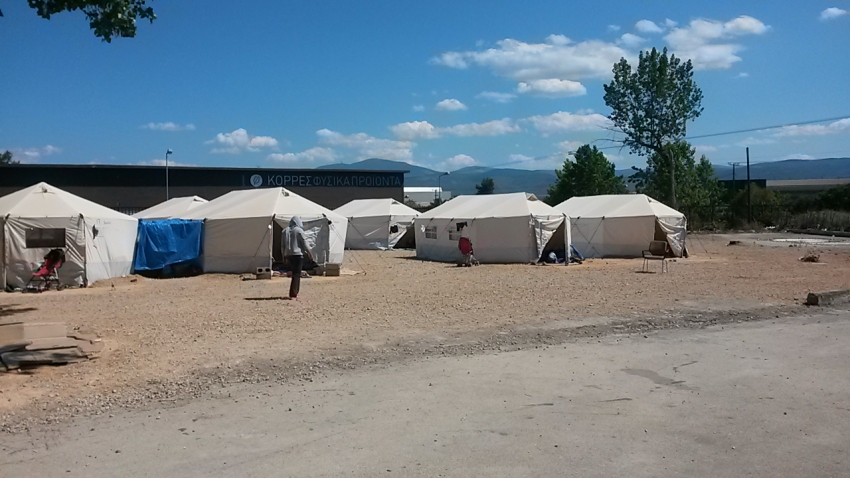 While visiting an Afghan refugee family in their tent in Greece, my wife and  I came to understand the particular plight of families fleeing the chaos and violence in Afghanistan.

Canada takes mid-east refugees from only Turkey, Lebanon and Jordan; not from Greece, because they are considered "safe" since Greece is a part of Europe.  What a shame. Because, for example, consider that a former Afghan refugee accepted into Canada is now our Minister of Democratic Reform. And Afghans in Greece are not really safe since they may be deported by the Greek government back to chaos.

Afghans deserve our protection since the reality of their persecution at the hands of a corrupt government or religious fanatics is comparable to dangers experienced by Syrians. But western governments have poured billions of dollars and guns into their country, and to recognize them as refugees would be an admission that Afghanistan remains a failed state, in spite of all that money and lost lives.  Can't do that.

As a result, many Afghans in Greece are located in camps like the one we visited; separate from Syrian and Iraqi refugees, and with almost zero chance of relocation into Canada. Asylum in Greece is possible, but deportation back to Afghanistan is also a possibility.

In a camp of about 500 Afghans one hour north of Athens, Margaret and I met this young man with his wife and three month old child. He had worked as a translator for the coalition armies in Afghanistan, and so was tortured. We saw his many scars.  He and his wife fled through Iran and Turkey, and then paid smugglers for a seat on one of those boats we have all seen landing on the shores of Greek islands.

Smugglers do not actually take refugees to Greece; rather, they point the boat in the general direction and offer the nearest refugee a free trip if they drive - and no, experience with steering fragile rubber boats in an open sea does not need to be on their resume.  As a result, many have drowned.

Once in Greece, this family was sent to a refugee tent camp, on the gravel parking lot of an abandoned chemical factory, located between two busy highways, and with few trees for shade. Why did the Greek government choose this miserable location when there are many unused apartment buildings in this economically depressed country?

In last summer's heat, they had no shade and no electricity.  And in the coming winter, they will have no heat, and flood water from rain periodically makes living conditions unacceptable. As one refugee wrote on the wall of his tent "we are not animals".

To be fair, some are housed in small cubicles inside the abandoned factory. And they do have an enlightened camp coordinator who works with a Greek Air Force Colonel to administer the camp.  So, for example, when my wife and I were here last spring, we were asked to coordinate the renovation of a derelict building into a maternal centre for mothers and their infants.

We bought tools, supplies and furniture with money donated by a friend who lives near our home on Vancouver Island.  And this same friend is now trying to convince the Canadian government to bring one hundred Afghans from the camp to our country.  What ambition, and what caring!

But this man and wife did the planning and other residents did all the work for the maternal centre. Which is good because Margaret and I have seen many examples of charitable organizations promoting a culture of dependency in these camps, rather than a culture of resilience and self-help.

On the day before our visit, the father did five hours of road cleaning outside the camp and got paid (illegally) a pittance — about 15  Canadian dollars.  The black market of illegal and untaxed businesses in Greece is one cause of their economic difficulties which, in turn, is one reason why residents do not want to stay here.

So one choice for this desperate family is to stay, possibly for many many years in this wretched tent camp and watch their child grow up with no real hope or home - the average stay in refugee camps worldwide is seventeen years.  Or, they could await deportation back to chaos and danger.  Or finally, they could pay 5,000 euros each (about $7200) for fake passports and get smuggled further into Europe and plead for asylum in another country. If they have any money.

Can you imagine the stress of confronting these grim choices?  And the stress of knowing that your family's future depends, in part, on irrational anti-immigrant anger in Europe.

Many Afghans refugees, like most Canadians, are ordinary good people; but unlike us, they are caught up in a net of chaos, corruption and racism.  And right now, they are warehoused in Greece like racks of dried octopus.

Will they find a safe place to live?  Or will they be caught by unfriendly, or indifferent, or intolerant forces of history?

See more
Views from a refugee camp: Who gets into heaven?
Facing the refugee and climate crisis at a train station in Austria 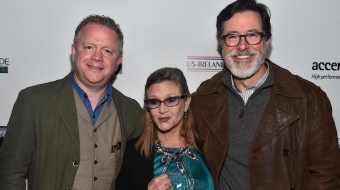