"He is a role model for young people today, inspiring them to get involved in issues of their future," Suzuki wrote of his grandson, who was arrested in 2014 protesting Kinder Morgan pipeline expansion. His words are still relevant today. This story is from our archives. It was published in 2014. 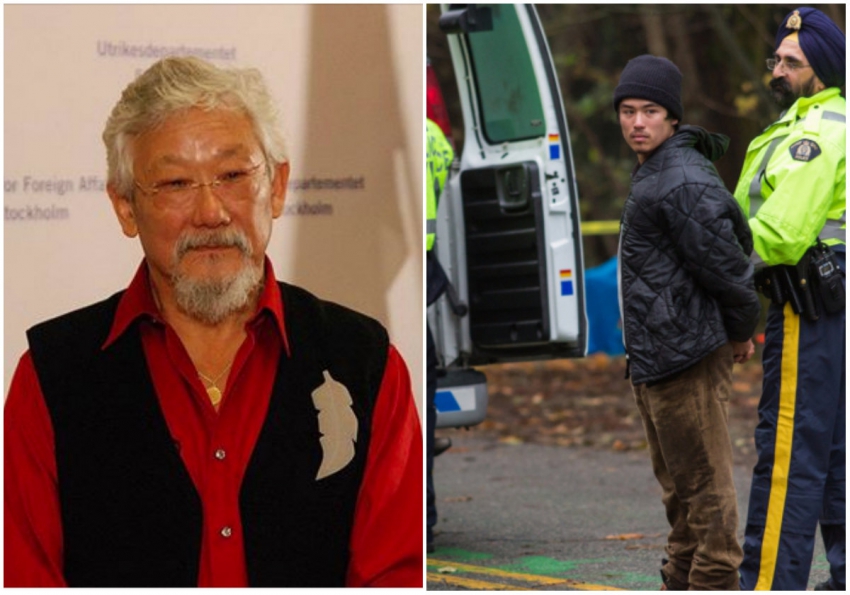 Campos proudly shared the letter his grandfather wrote to him on Facebook:

Tamo Campos is my grandson and I am very proud of him. He is doing what I would have done myself were it not a risk to my position as host of The Nature of Things on CBC.

The world is on a collision course with the things that keep us alive and healthy - the air, water, soil and variety of life. Corporations, especially those with head offices in some other part of the country or the world care little for the interests of local ecosystems or communities, except in so far as they interfere with the drive to maximize profit for shareholders. They have no obligation to protect local ecosystems or local communities. Their sole goal is to make as much money as they can get away with.

All over the world, local citizens and communities are standing up to protect their ecological, social and economic interests against these invading entities that behave like thugs, intimidating with SLAPP suits and using every legal tool, anything to keep on their destructive path while avoiding the important issues like climate change and threat of spills being raised by protesters.

I say all this to set the action of Tamo and others in context. Tamo is fighting for the world that will be left to his generation in the future. I believe what Kinder Morgan and companies like it are doing is an intergenerational crime but there are no legal precedents to pursue criminal charges on that basis.

Before corporations had become so powerful, every generation aspired to leave a better future to their children. That is not on the corporate agenda. I beg you to consider the fact that there are few legal avenues to protest what I believe is criminal activity of corporations like Kinder Morgan so citizens are being forced to participate in civil disobedience. Are we so blinded by the power and influence of corporations that their short sighted agendas are above consideration of their potential of catastrophic ecological and social consequences?

My grandson is taking an active role in the struggle for human rights, social justice and environmental protection, he is not a criminal. He has done this without attempting to ride on or hide behind my coat tails. He is a role model for young people today, inspiring them to get involved in issues of their future. I hope the court will be cognizant of this.