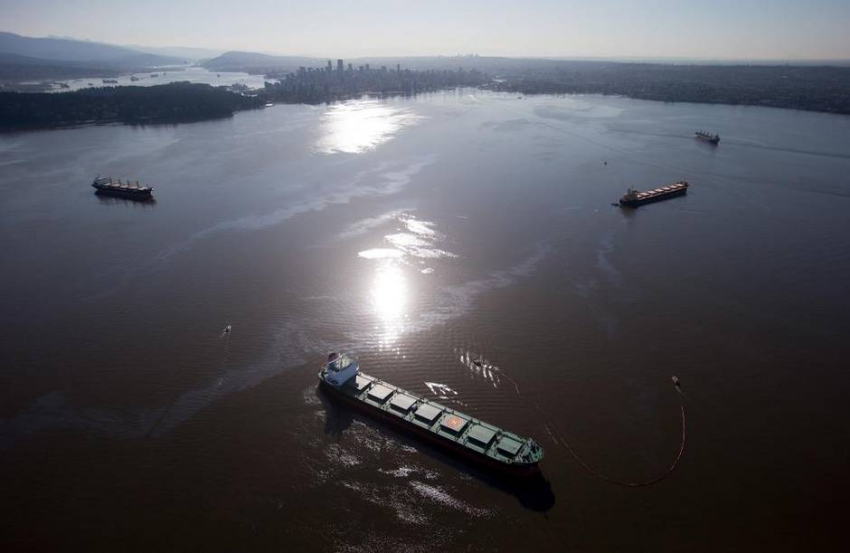 Editor's Note: Captain Mal Walsh is a Master Mariner from Comox, B.C. He has over 40 years of experience in the international oil exploration and shipping industry—both commanding vessels on the seas and working ashore in management. He served on deep-sea ships in the British Merchant Navy before working in the offshore oil industry in the North Sea. When he came to Canada, he worked for Dome Petroleum during their exploration in the Beaufort Sea then came ashore and became General Manager of Marine and Environmental Services with Canadian Marine Drilling (CANMAR).

The following is his letter on the English Bay spill response, and federal cuts to the Coast Guard.

The recent sad, yet timely, spill of bunker fuel oil from a bulk carrier at anchor in English Bay has brought the slow response by the Coast Guard to everyone’s attention.

To be fair, the Port of Vancouver and its contractor WCMRC (West Coast Marine Response Corporation), were on the job quickly once made aware of the nature of the spill.

However, the valuable daylight hours lost from the first report by the crew of the sloop Odin to the containment boom being in place at the identified vessel (eight hours) was beyond acceptable.

The clearly competent recreational boaters aboard the sloop took the time and effort to examine the spill and locate the source in order to provide clear information to the Coast Guard. The fact that there really is no Coast Guard service of the style people might expect is clear at this stage.

Why we would leave a major anchorage in Burrard Inlet without an observation or patrol vessel station is beyond explanation.

Now, cast a thought back to the Simushir adrift off the west coast Haida Gwaii only a short while ago and again there are many parallels. This vessel drifted toward shore for hours outside the 12 mile limit before it was sighted on AIS by an alert Coast Guard watch officer in Prince Rupert when 14 miles from the coast.

We used to monitor to 50 miles out but cutbacks by the federal government and a reduction in air surveillance, coupled with the reduction and shutdown of the newly refurbished tracking station at Ucluelet, was the key.

Again, the now-lauded rescue of this vessel was— like the English Bay oil spill response — full of holes. Except for the fine job done by a small Coast Guard fishery protection vessel and its crew, much of the response fell short.

Luckily again, this was a small cargo vessel of only 10,000 DWT (deadweight tonnage, the vessel's cargo load) in English Bay.

As it is, 400 tons of bunker oil and “cargo” would have done some serious damage to the coast, and possibly worse, still have would negatively effected the public view of the economically vital ocean trade we conduct off this coast.

With these two incidents fresh in everyone’s minds, it would be wise of the provincial government of B.C. to use them as a basis for an independent benchmark review of the true status and capability of our tracking and response systems— because "world class" has proven inaccurate.