Dark side of Canadian mining activities overseas brought to light 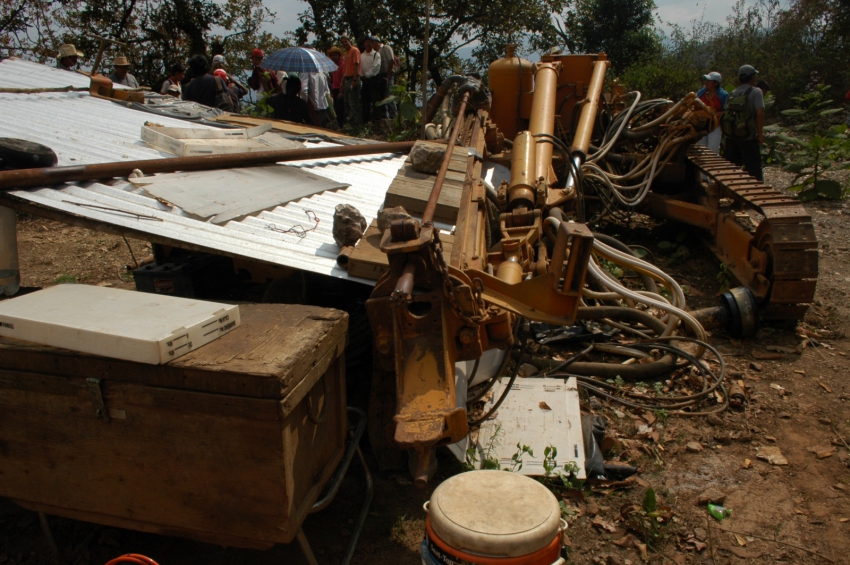 Photo of mine site in Chiapas, Mexico by dawn paley via Flickr

In poorer parts of the world, however, the Canadian mining sector is seen in a different light.  Canada's reputation on this front is being scrutinized once again and the picture remains an ugly one.

In recent weeks, the Inter-American Commission on Human Rights (IACHR) held its 153rd hearings. The Commission heard of massive human rights abuses—including killings and sexual assaults of Indigenous protesters—at the hands of security forces in the employ of Canadian mining companies and their associates. These acts were in response to protests motivated by concerns over environmental degradation related to mining activities, which ultimately threaten the very survival of the communities in the regions affected by the mines.

Rose-Marie Antoine, the current commissioner of the IACHR, was succinct as she was blunt. "We at the commission continue to see a number of very, very serious human rights violations occurring in the region as a result of certain countries, and Canada being one of the main ones."

This does not paint a rosy picture of our country. Yet sadly, the complaints related to Canada's mining sector heard at the IACHR are not new.

Mining the world's resources is big business for Canadian industry. At last count (2008), 75 per cent of global mining companies were headquartered in Canada  and "make a major contribution to Canadian prosperity," according to the Government of Canada website.

Extensive Canadian extractive operations in less developed nations had previously led the Canadian government to initiate its Corporate Social Responsibility (CSR) strategy which encourages "voluntary activities undertaken by a company to operate in an economically, socially and environmentally sustainable manner."

In tandem with the CSR's tepid calls for corporate accountability, the federal government lends support to these corporations through policies like "economic diplomacy," which channel Canadian diplomatic efforts into supporting Canadian businesses abroad.

While this type of corporate pandering has become a trademark of the Canadian governments, such tosh is particularly egregious in light of Canadian mining companies' record overseas. Community-based organizations in lands affected by Canadian mining operations have been arguing for years that these companies are responsible for human rights violations and environmentally destructive practices.

Meanwhile, the Canadian government's response has been to ignore complaints of abuses, as was the case in Chiapas, Mexico where an anti-mining activist was murdered by security agents with links to Calgary-based Blackfire Exploration.