Christy Clark’s controversial public education legacy has left behind a big job fixing all that ails the public school system.The VSB’s longest-serving board chair has some advice for whomever gets the job. 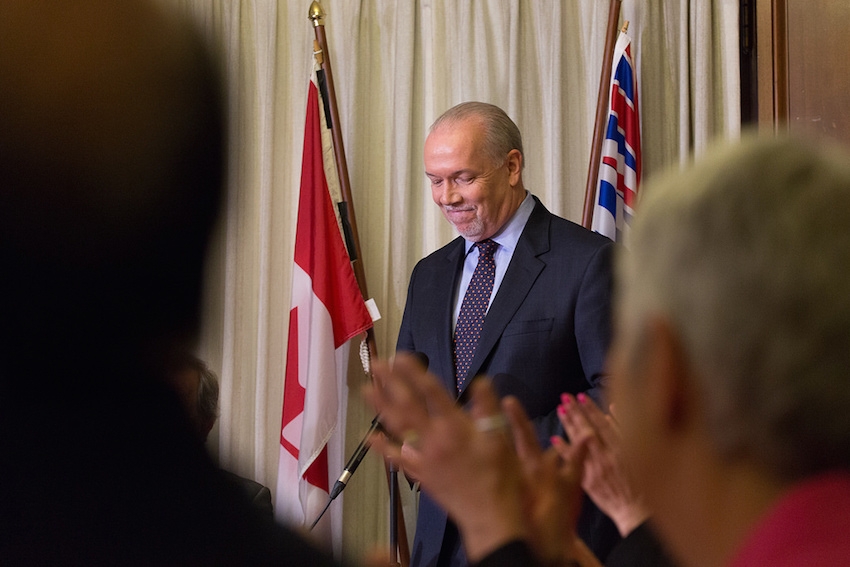 The yet-to-be-named new minister of education has a big job ahead to fix the damage inflicted by too many years of B.C. Liberal government. I wrote lots of letters to education ministers over my six-years as the Vancouver School Board’s (VSB) longest-serving chair, so I decided to write to the new one with some advice.

Congratulations! You’ve taken on one of the toughest and most important jobs in government and inherited a big mess to clean up after 16 years under a government that seemed intent on undermining public confidence in our public education system.

The great news is that despite a nasty, expensive and lengthy government-inflicted court battle, chronic underfunding, the large stock of poorly maintained and often seismically unsafe buildings and many shattered relationships, the system is still one of the world’s best and it’s staffed by dedicated and professional educators. It’s been battered and starved but it has strong bones waiting to be nurtured back to excellent health.

You’ve been left with tons of room for improvement and a long to-do list to get there. It may seem overwhelming and you’ll need to prioritize. Here is my advice for tackling the list, and what to do first.

Once you have your deputy and top staff in place, who I hope will be progressive professionals with experience in the education sector, the first urgent task is ensuring school districts have enough money to comply with the restored class size and composition contract language as agreed upon via the memorandum of understanding signed with the B.C. Teacher’s Federation (BCTF).

The outgoing government made a mess of that despite its promises to fully fund the deal.

Several school districts ended the school year without enough money to organize schools and timetables to comply with the restored contract language. Others are struggling to find space and some are having to evict child care programs.

Teachers are raising the alarm that some districts won’t be ready for a smooth school-year start up in September and that classes will have to be reorganized after schools gets underway — a frustratingly disruptive process.

The sooner your ministry can work collaboratively with school boards to ensure adequate funding is there so they can get on with hiring the teachers they need, the better for everyone.

Next is a relatively quick and easy fix to restore adult education funding for all students, regardless of whether they’ve graduated or not. That will ensure students over 16 who need to upgrade or complete additional courses to get into post-secondary programs will be able to do it without paying steep course fees. The sooner that happens the sooner more courses can be scheduled.

Next up is restoration of democratic representation at the VSB. With reports yet another VSB senior manager quit last week and morale apparently at an all-time low, it’s time to restore elected governance, either by reinstating the fired trustees or calling a by-election. Both ways have pros and cons.

Reinstatement is quick and free, but once again we’d have a politically split board and some trustees might not want to come back. With news former Vancouver city councilor Geoff Meggs is off to the premier’s office, Vancouver will be holding a by-election to fill his seat.

That means a VSB by-election becomes less of an expensive option as the two elections could be held at the same time and the costs could be shared between the city and school board. It will take a little longer to get a board in place than reinstatement would, but it would give voters a chance to decide who they want representing them from now until the October 2018 elections and there’s a good chance the new board wouldn’t be politically split as it was since 2014.

Either way, it’s time to get the B.C. Liberal government’s appointed trustee out and an accountable board in.

On the capital projects side, the school seismic mitigation program is way behind schedule due to B.C. Liberal foot dragging and its pressure for boards to close schools in exchange for getting seismic upgrading for others. It’s time to get serious and methodical about getting kids out of high-risk buildings and into safe ones.

That will require your ministry to work respectfully and collaboratively with school boards — something we’re not accustomed to but is overdue, and will make a huge and refreshing difference.

While you’re looking at the capital file, the Liberals starved districts of funds for new schools where they’re needed, making boards wait years for schools they needed long ago.

Capital planning will need to be a big priority for you and you’ll have to make a strong case to the treasury board about why this must be a priority for them too. Remind them interests rates are still relatively low and investing in education infrastructure will keep the construction sector humming. The new and upgraded schools will be used and appreciated for generations to come.