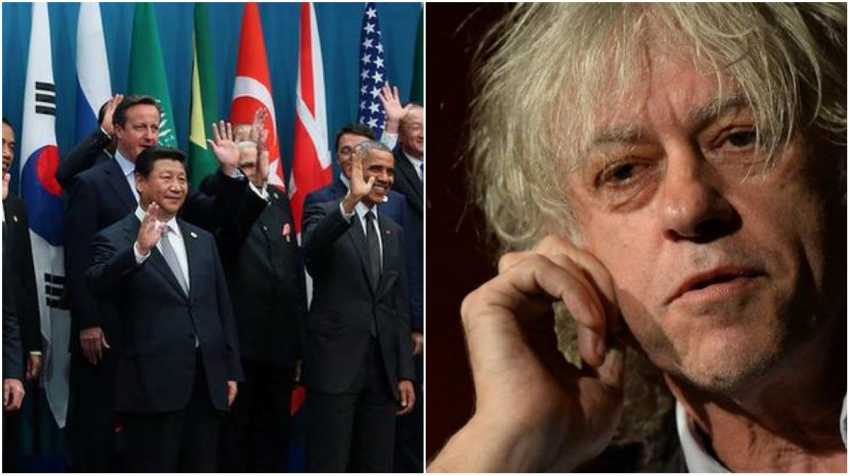 The G20 summit wrapped up this month with the world's richest economies, Canada included, pledging to raise gross domestic products globally by strengthening the private sector.

During the same week, Bob Geldof—together with U2 frontman Bono and other edifying commentators like boy band One Direction—announced they will release a fourth version of "Do They Know It's Christmas?" as part of their Band Aid 30 campaign. Band Aid was first created in 1984 by Geldof—formerly of forgettable pop band The Boomtown Rats—in response to the Ethiopian famine. This time, Geldof is looking to raise money for the struggle against Ebola.

Just weeks earlier, international aid agency Oxfam released a report describing the growing gap in income inequality around the world. Oxfam notes, among other things, that seven out of ten people on the planet live in countries where inequality is growing and that the globe's richest eighty-five people control as much wealth as the bottom fifty percent of the entire human population.

Despite Oxfam's report, which was widely supported by leading economists such as Nobel laureate Joseph Stiglitz and prominent figures from the International Monetary Fund—not exactly a bastion of radical reform—mention of inequality was essentially off the agenda for leaders at the G20 meeting.

It would appear that the G20 continues to adhere to the standard neoliberal theory of trickle down economics: facilitate wealth generation by the rich and eventually the poor will enjoy some of these gains as the money percolates through the economy.

For his part, Geldof and his friends are unabashed in their belief that the massive fundraising effort—Band Aid 30 has already enjoyed substantial monetary success—supersedes the asinine content of the song. As many African commentators have noted, even the title itself is offensive, especially since Christianity has existed in Africa since the first century AD and counts over a third of a billion followers there, the vast majority of whom are almost certainly aware of Christmas.

The song's title and message aside, fundamentally the G20 and Geldof share the same approach. Trust the markets to function unfettered and periodically appeal for charity to supplement the crumbs that land on the trickle down.

Proponents of neoliberalism argue that absolute poverty has been reduced over the past decades, in large part due to huge expansion of some of the largest economies in the world.