Rob Fleming, BC's new minister of education, is the former opposition critic. He knows the file and players well and is respected and liked by partner groups. 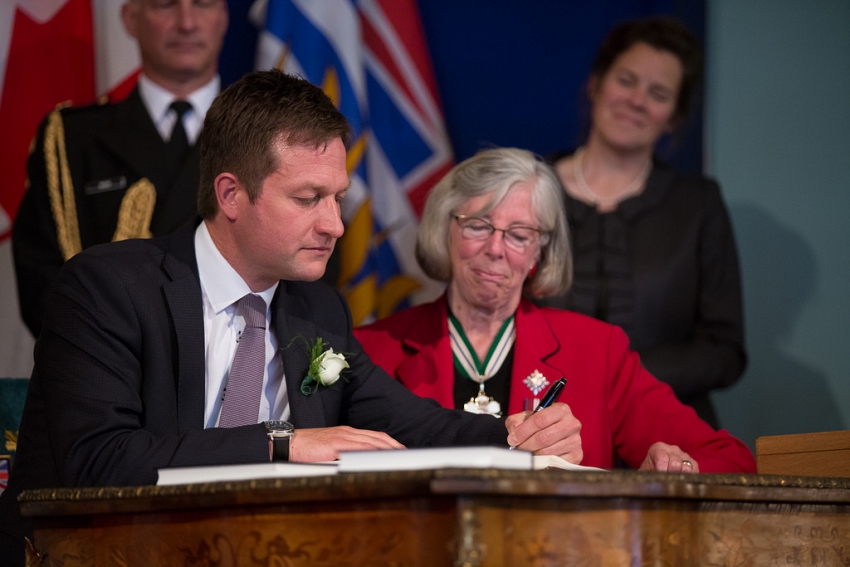 The good news for public education and Vancouver schools kept coming this week with the appointment of the government cabinet. The new minister of education —  Rob Fleming —steps into the challenging post equipped with a deep understanding of the school system and he’ll be ready to get to work right away.

That’s great news because he needs to move quickly on a number of key files to enable school boards to have their districts staffed and ready for September start up.

The outgoing B.C. Liberals left him a complicated mess to sort out. I wrote about that a couple of weeks ago along with a suggested “to do” list to improve public schools.

If anyone’s up to the daunting challenges ahead in education, it’s Fleming, who served as the B.C. NDP’s education opposition critic since 2013. He knows the file inside and out — unlike the B.C. Liberal education ministers I dealt with —  and is liked and respected by key education players in the province, who will be ready to work with him to repair the damage the confrontational Clark government inflicted on public schools.

As the MLA for Victoria-Swan Lake, 45-year-old Fleming is a former Victoria city councilor and communications consultant who studied history at the University of Victoria and is a married father of two.

He was a frequent visitor to Vancouver over the past four years, attending school board meetings and various education-related rallies and events. As a Vancouver School Board chair and trustee, I found him accessible, well informed and supportive and always keen to meet with trustees and parents to discuss education issues.

In addition to tackling the big “to do” list, he’ll need to work on managing the public’s pent-up expectations for a quick turnaround of the large, complex school system. It’s a lot easier to be a critic than be in government. He’ll have all kinds of groups and individuals pressuring him and he’ll have to take a measured and cautious approach to implementing the party’s ambitious agenda.

With even the best of intentions and plans, the road ahead will have some bumps.

New deputy minister is a curious choice for the education ministry

Fleming will be assisted by deputy minister Scott MacDonald, a curious choice for the post.

MacDonald held several assistant deputy minister (ADM) posts during the B.C. Liberal reign, including a stint as ADM when Shirley Bond was the education minister. He oversaw the development and implementation of the much-reviled and expensive “BCeSIS” student information system the BC NDP called a “boondoggle.”  It has since been replaced with the MyEducation BC system.

MacDonald also served as the chief executive officer of the controversial Pacific Carbon Trust (PCT) crown corporation which was scrapped by the Liberal government in 2013. The PCT was particularly detested by school boards, which had to make payments to it out of their cash-strapped operating budgets to buy carbon offsets. It was a ridiculous program that school boards complained took money from classrooms and rerouted it to the private sector.

He was also an ADM in the B.C. Liberal government’s jobs, tourism and skills training ministry where worked on the BC “Skills for Jobs Blueprint.”

Prior to working for the provincial government, MacDonald was a classroom teacher in Vancouver.

Vancouver well represented in cabinet, which bodes well for seismic and capital projects

While several East Vancouver communities lived with the constant threat of school closures under the B.C. Liberal government, they will be resting easier with the news of this week’s cabinet appointments, which include an impressive line-up of Vancouver MLAs: David Eby (attorney general and also minister responsible for liquor, gambling and ICBC), Adrian Dix (health), Shane Simpson (social development and poverty reduction), George Heyman (environment and climate change strategy), Melanie Mark (advanced education) and George Chow (minister of state for trade).

Dix in particular was a fierce opponent of school closures in his riding, where the large, seismically unsafe Carleton elementary sits vacant and badly damaged after a fire last summer. As cabinet members, they’ll have the clout to make sure the party’s commitment to complete seismic upgrades is carried out without the B.C. Liberals’ heavy pressure to close Vancouver schools in exchange for seismic funding for others.

That will be welcome news to many Vancouver families including parents in Eby’s riding who’ve been advocating for seismic upgrade funding for Bayview elementary in Kitsilano.

That project in Vancouver-Point Grey seemed doomed after Christy Clark lost to Eby in 2013, but its future looks a lot brighter this week.

Fleming made his first round of media interviews this morning and said "more discussions need to take place" about restoring a democratically elected Vancouver school board. My guess is he's planning to call for a byelection for October 14 to coincide with the Vancouver byelection to replace Geoff Meggs on city council. Meggs resigned his council seat when he was appointed to be John Horgan's chief of staff earlier this month.